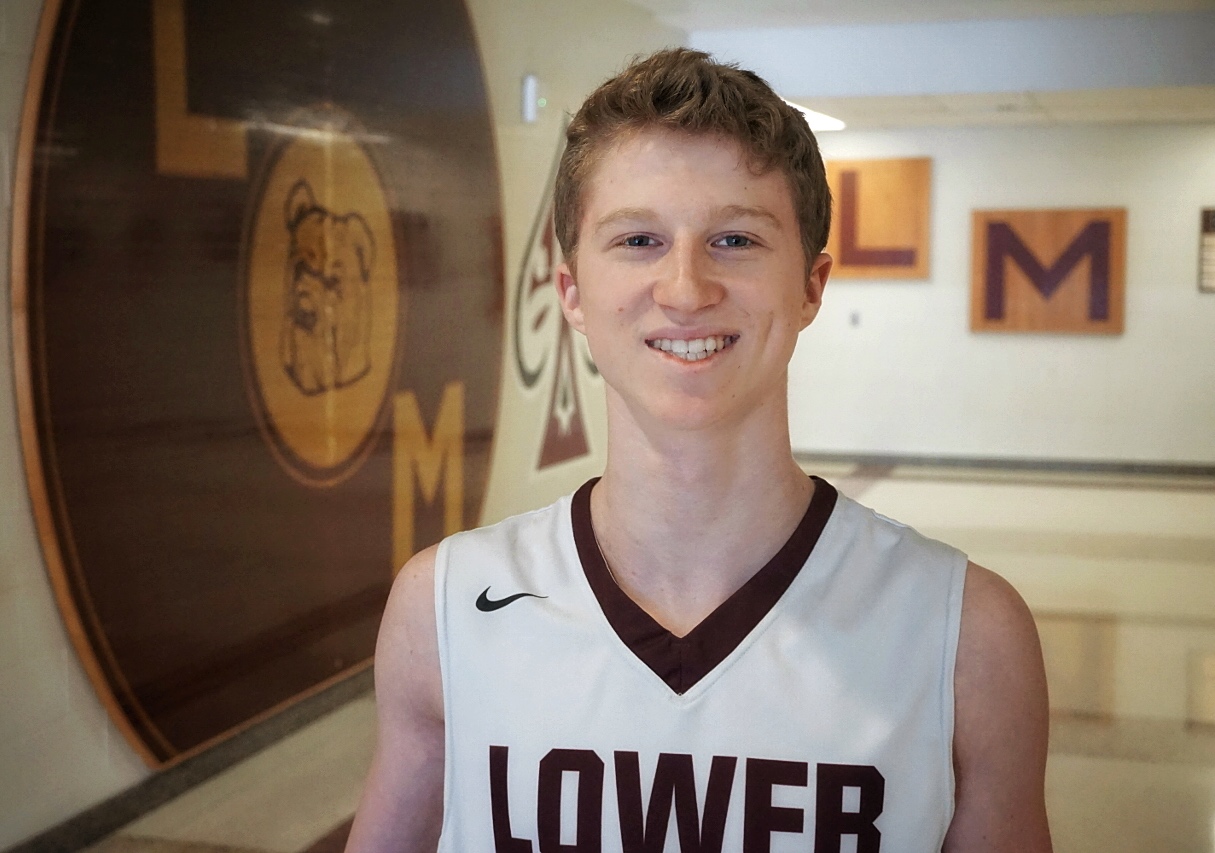 The senior guard has been a valuable offensive force for the Central League champion Aces, who finished third in the PIAA District 1 6A boys’ basketball tournament. He’s averaging 10.5 points per game and converting 45 percent from three-point territory. Lower Merion head coach Gregg Downer said, “Harrison is having a remarkable season for a guy who was not a starter for us last year. It’s a great story of a gym rat who dreamed of playing for the Aces, and has made the most of his senior year.” Off the court, he is a member of the National Honor Society.

Q: What do you feel has been the biggest key to your productive scoring this season, particularly from three-point range?

A: The key for me is confidence in myself and in my teammates. Every time I shoot I can’t think too much about it; just that every time I release it, it will go in. Also, we have a ton of playmakers on our team like Steve [Payne], Jack [Forrest] and Darryl [Taylor], so I found my niche on our team as a three-point threat and it has worked well so far for myself and for the team. They know when I am open and where I will be on the court at certain times, and we all have extreme confidence in each other every time we play, which I think has been a huge key to my success and the team’s so far.

Q: What do you feel is currently the strongest aspect of your game? What are you working on most at the current time?

A: The strongest aspect of my game is definitely my 3-point shooting. It is where I get the majority of my points and also where I feel the most comfortable. Currently, I am working on becoming more dynamic of a player with the ball, to set my teammates up better and to be able to create shots for myself as well and not just be considered a shooter.

Q: Your team has had a lot of big wins this season, but you mentioned that beating Penncrest 48-46 to win the Central League title tops the list. You had four treys in that contest. What is your most vivid memory of that game – can you share it with us?

A: My most vivid memory of the game was probably the events after Steve [Payne] hit the game-winner. There was .9 seconds on the clock at one point, 2.9 seconds at another point, multiple timeouts and that 2-3 minute span felt longer than the whole game. I can vividly remember the ball hitting the ground and the clock expiring and seeing my friends from the “Dawg Pound” rush the court and celebrating with me and my teammates and it was just an awesome feeling.

Q: Can you tell us a little about your basketball training during the past off-season – what you did to improve?

A: Over the offseason I knew that I needed to get bigger and stronger to play meaningful minutes in my senior season. Over the summer I just played as much basketball as I could to improve my game. For LM we played in a summer league against stiff competition like PW and Archbishop Ryan which helped me get a feel for what true varsity basketball is like. On the side I just tried to work out a lot and improve what I felt were my weaknesses and it paid dividends this season.

A: I’ve had a lot of mentors throughout my life especially my Dad and Coach Doug Young at Lower Merion. My Dad would always keep me positive, never not let me play hard and made sure I always played with extreme confidence when I was on the court regardless of who I was playing. Coach Young has worked me out whenever I needed it, rebounded countless balls for me and was always there when I needed something to get done. Prior to my junior season I was trying out for the varsity and I had a really poor first tryout. I was nervous, played with very little confidence and before the next tryout [Doug Young] brought me aside and basically told me to play loose, and with a lot of confidence like I have nothing to lose. That mini pep talk was a major reason I made the team last season and where I am today.

Q: You wear No. 11 for Lower Merion. Is there a reason you picked this number – does it hold special significance to you?

A: Not really. My junior year when we were picking uniforms I was late, and 11 was the only number left in my size so I just stuck with it and I wasn’t going to change it going into my senior season. After I got it I realized it was 11 like Carson Wentz, so I stuck with that reasoning as well.

Q: What do you think you might want to major in at college? Is there a career path that particularly interests you at the present time?

A: In college I want to major in sports business. I definitely want to utilize my knowledge of sports in the career I end up with.

Q: What extracurricular activities are you involved with at Lower Merion other than basketball?

A: I stay involved in the student government, and am a head of a club that helps coordinates events to raise money for charity, like our basketball kickoff event, “Maroon Madness.”

(To be selected as Main Line Boys Athlete of the Week, a student-athlete must first be nominated by his or her school.)