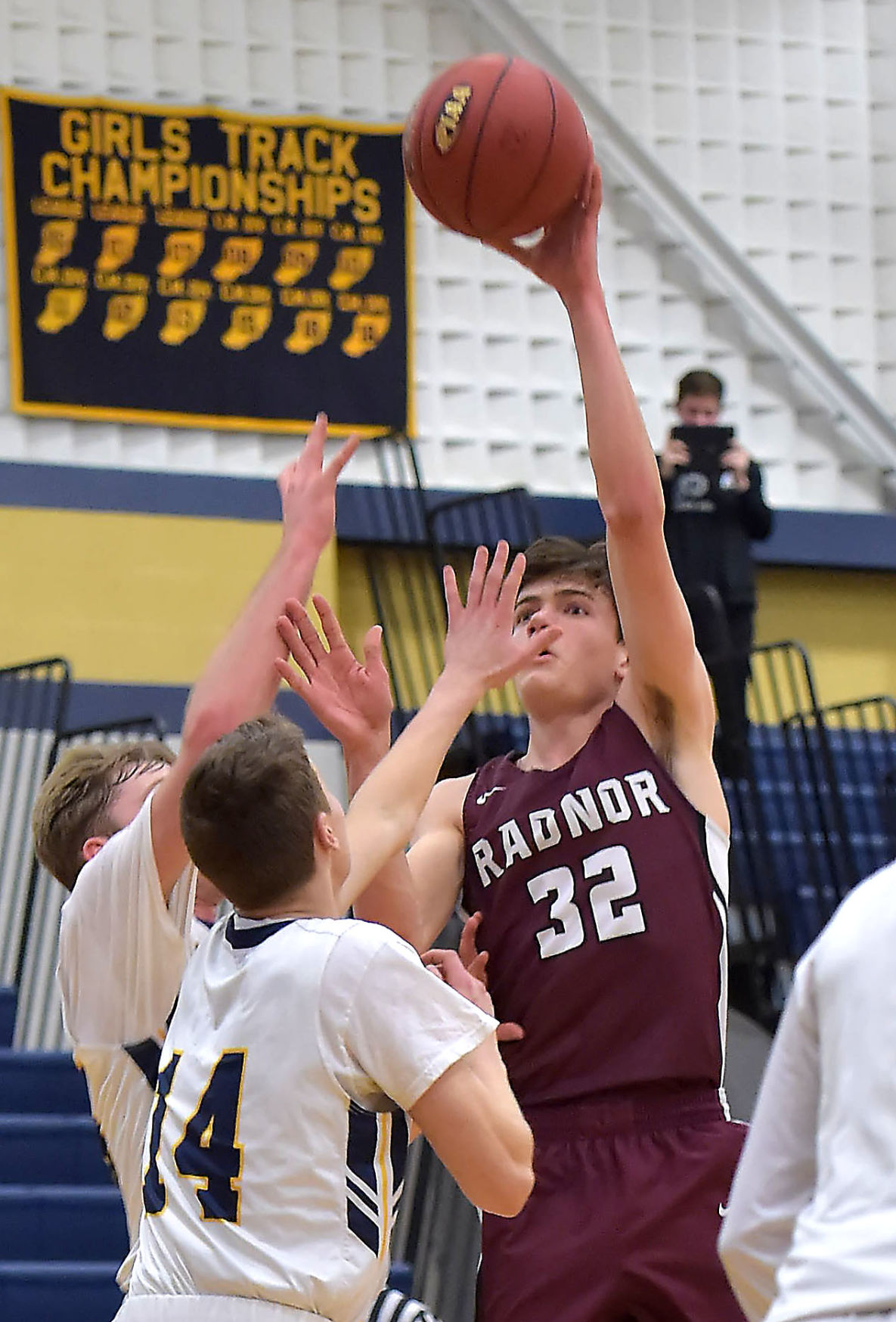 Jack D’Entremont was shut out for three quarters Saturday. But when he turned on the offense, it made all the difference for the Raiders.

D’Entremont scored all eight of his points in the fourth quarter as Radnor halted a four-game slide with a 38-34 win over Haverford.

John Seidman led all scorers with 17 points, and Allen Cieslak connected on three 3-pointers for nine points. But the Fords (6-7, 2-6) had only four players score and were just 3-for-9 from the free throw line in dropping their fifth straight. Those setbacks are by a combined 13 points, including losses in three overtimes and two overtimes this week.

Garnet Valley 61, Harriton 48 >> The visiting Jaguars jumped out to a 17-point lead at halftime and weren’t seriously challenged in their eighth straight win.

Upper Darby 52, Marple Newtown 46 >> AJ Tucker and CJ Dabbs scored 12 points each as the Royals used an 18-0 run across the third and fourth quarters to pull away.

Conestoga 51, Penncrest 44 >> Marquis Tomlin hit one of two free throws to tie the game late in regulation, but a Lions’ attempt at the buzzer fell short and the Pioneers pulled away in the extra session.

At the Wilmington Christian Tournament:

Davon Stovall hit three 3-pointers for 11 point, and had the steal with four seconds left that clinched the win for CCSA (10-2). Tyler Howard added nine points and nine rebounds.

Chester 61, Harrisburg 54 >> Fareed Burton tallied 13 points and 10 rebounds, and Karell Watkins (17 points, 10 boards) joined him with his customary double-double as the Clippers rolled.

Penn Wood 58, Neshaminy 51 >> Shamir Baunes had eight of his 17 points in the fourth quarter as the Patriots pulled away late. Jeremiah Flynn added 17 points, and Abdullah Dublin added 12 for Penn Wood (6-3).

Harry S. Truman 66, Delco Christian 60 >> Jackson Piotrowski scored 22 points, and Jordan Mitchell added 14, but the Knights (7-4) were outpaced by a 39-27 margin in the middle two quarters to see their three-game winning streak halted.