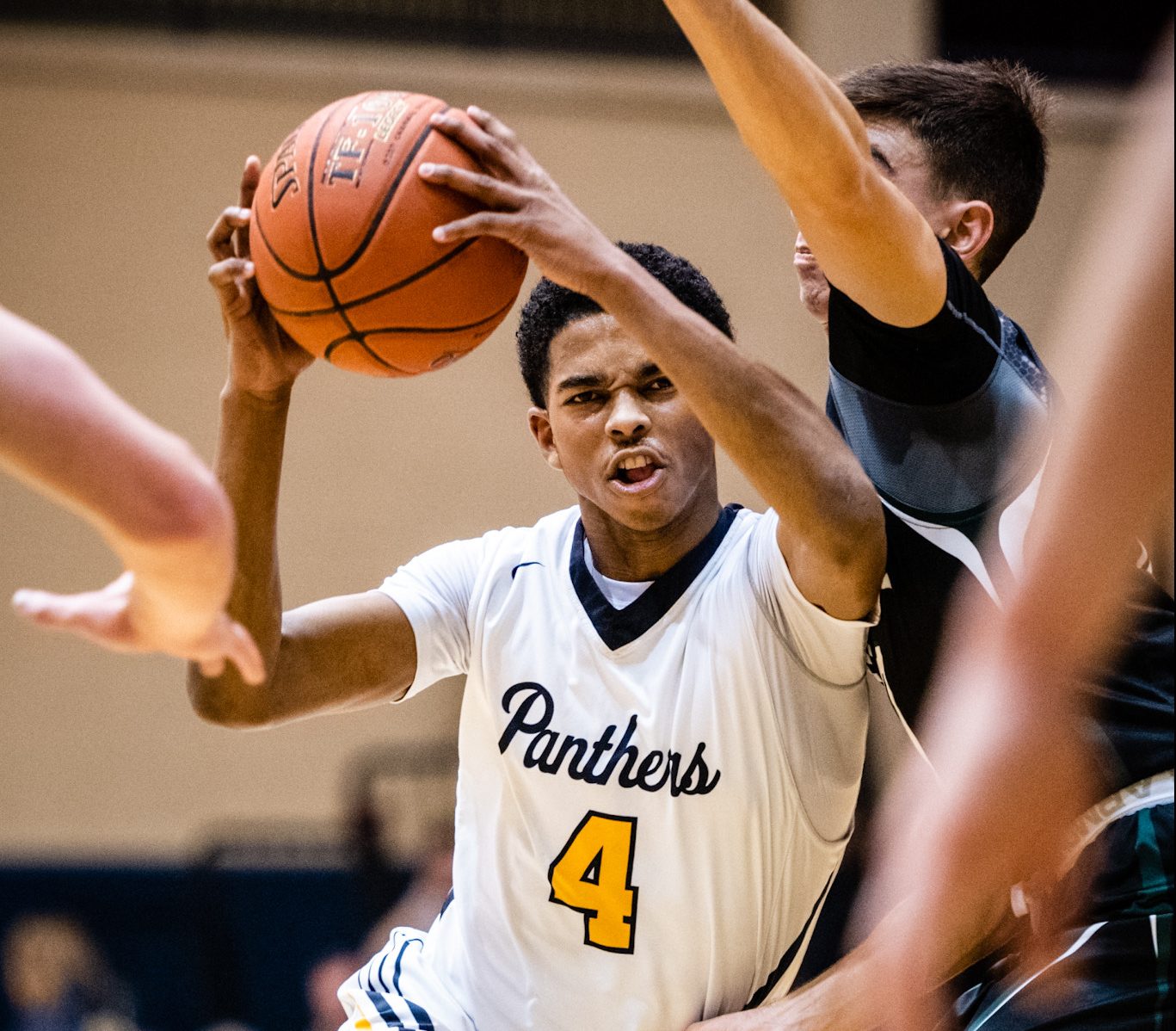 PHILADELPHIA >> Patrick Fleury could live with the point total his team had given up by halftime, it was the manner in which Cheltenham had given up those points that concerned him.

All season, the Panthers have controlled games with their defense but Tuesday night in the District 1-6A semifinals at Temple, they seemed content to try and do it with their offense. It wasn’t going to work that way against Bensalem, so Cheltenham got back to its basics, turned up the defense and opened up a lead.

Punctuated with a lot of contributions all over the floor, the No. 3 Panthers topped the No. 7 Owls 77-60 at the Liacouras Center to reach their first district title game since the 2005 season.

“We’re similar teams,” Fleury said. “The biggest thing for us, it was 32-26 at halftime so the 26 points isn’t bad, it was the way that they were getting them that was troublesome. They were lining us and going straight past us, that’s not what we practice and it’s not what we are.”

The message at halftime was simple, play Cheltenham basketball. So the Panthers cranked up the defense, made dynamic Owls guard James Ashford work for every shot, forced turnovers and let senior Jaelen McGlone lead them on offense.

McGlone, a Rider recruit, scored 24 points and had the first seven of the third quarter as the Panthers pushed their lead out as much as 16 in the frame.

“I like that we’re moving the ball,” McGlone said. “We all know where certain people want shots at, we have a good feel for each other. On defense, we just have to talk a little more and we’ll be cool.”

There was one play in the first half that told Fleury all he needed to know about what was going wrong for his team. With a bit more than 2:30 left in the opening half, Ashford was able to break down a defender off the dribble, getting to the rim but unable to finish.

Jeremiah Alexander came soaring in for a putback slam.

“He was like James Worthy and just dunked the ball on us,” Fleury said. “It was a wide-open sea, he just literally wound it up and dunked. That was the play that jabbed us, physically we weren’t matching them and defensively, we were not doing what we had to do.”

Sean Emfinger took the coaching staff’s message of defending better to heart after halftime. The senior forward has six steals in the second half, with his interception of a cross-court pass leading to a dunk that capped Cheltenham’s 12-2 run with 3:42 left in the third.

Emfinger chalked it up to communication on the defensive end while Fleury noted the bigger floor at Temple had some of the Panthers’ rotations and help timing off early in the game. There was also a little more fire in the way the Panthers players took their individual defense.

“We’re speeding them up which is good, but we have to be ready to slide over and take those charges so we made the adjustment to get there,” Emfinger said. “Defense is our way of getting energy, so I knew I had to step up as a senior. It’s coming together, on the defensive end, it takes everybody.”

A pair of free throws from McGlone gave Cheltenham a 48-32 lead with 1:37 left in the third, but the Owls turned to their pressure defense and closed the quarter on a 7-2 run. Tuesday’s game was extremely physical, with 18 fouls in the first half and more than 20 called in the second, so both teams were in the bonus early in the fourth.

Ashford led a charge that got Bensalem within 58-50, but McGlone was able to rebound his own miss, draw a foul on the follow and convert the and-one to restore a double-digit lead.

Justin Johnson came back with an and-one of his own a few plays later to pull the Owls within seven with 2:29 to play. Mike McClain responded with two at the line, then the Panthers got a stop with Emfinger snaring the board and finding McGlone, who sent Justin Moore the other way for a layup.

“We knew if we wanted to win the game, we had to defend and get stops,” Moore said. “You don’t want to just go back-and-forth with them, you want to lock in and put pressure on them and get turnovers.”

Tuesday was a homecoming of sorts for Moore. His father, Malik Moore, played at Temple and the sophomore point guard was clearly energized by that fact with eight first quarter points.

“Knowing he played on that floor and I could carry through his legacy, I want to be better than him but it was a great experience,” Moore said. “Before the game he told me to go out there, be myself, get my teammates involved and stay aggressive at the same time.”

Cheltenham will face No. 1 seed Methacton in Saturday’s final after the top-seeded Warriors dispatched No. 4 Chester 71-54 in the second game Tuesday. Reaching the district title game was always the goal for the Panthers, even after senior Zahree Harrison was lost for the year in the first quarter of the opening game of the season.

“It means a lot,” Emfinger said. “We haven’t been down here in three years (2017 semifinals) so it’s a good thing for the seniors given it’s our last year together.”

The school’s football team won the 5A District 1 title in the fall, so the basketball team is eager to try and add another title to the Chelteham banner this season.

For Fleury, the starting point guard on the 2005 district runner-up, Saturday is a chance at some redemption. His team lost back-to-back district finals to Chester in 2004 and 2005 and while the Panthers won’t see the Clippers, he wants to lead his group to the top.

“If I’m being honest, I’m not over it,” Fleury said. “I got this job August 20, 2018 and I’ve thought about it off and on since 2005. Not that it derails me or anything but the idea of wanting to avenge it. I don’t want them to just be satisfied being at the championship.

“We don’t just want to take a bus to Temple, we want to bring something back.”