Cheltenham races past Upper Darby in District 1-6A second round 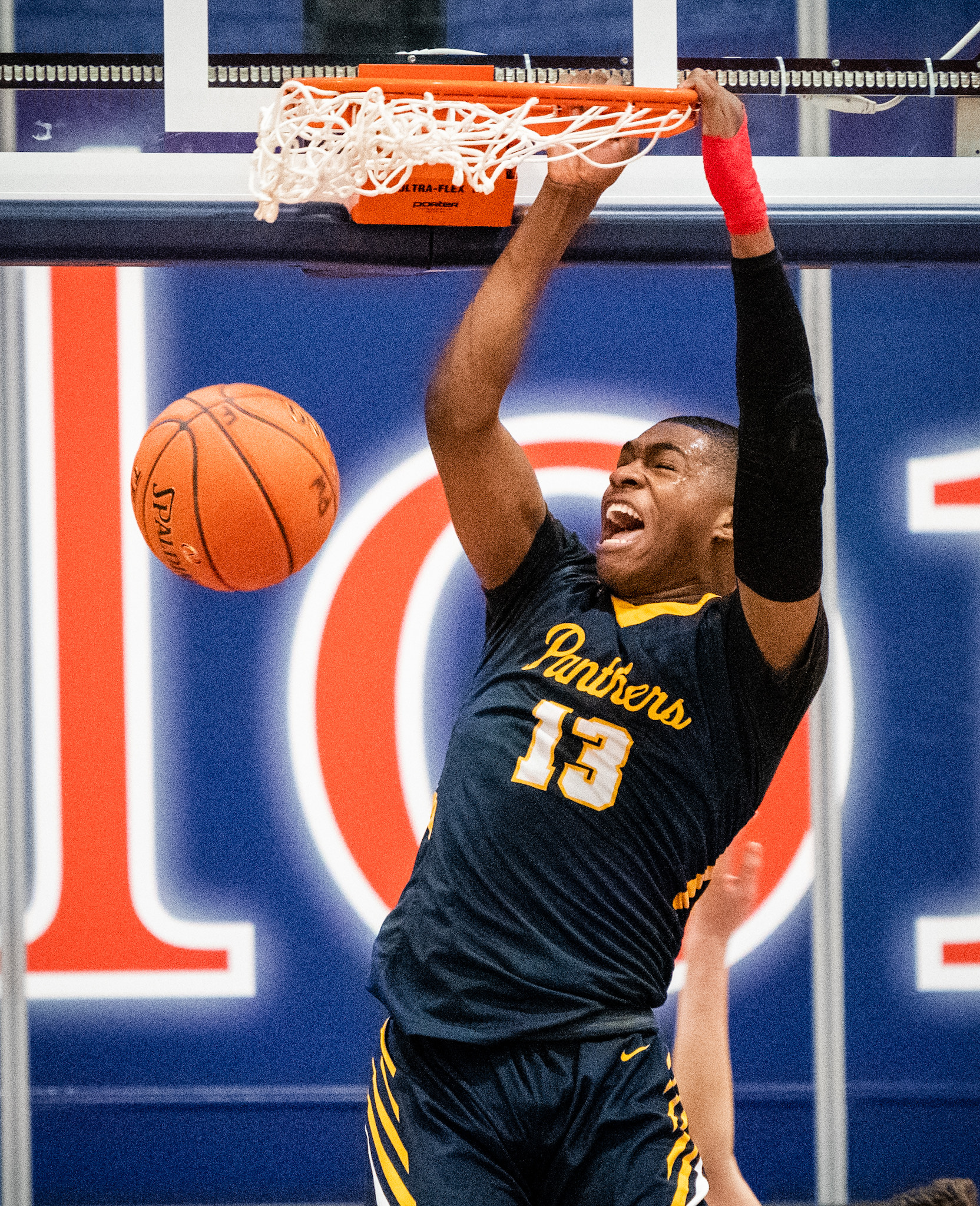 A 3-pointer by sophomore Saleem Payne lit a fire in the No. 3 seed Panthers and their home crowd, a central play in a 9-0 run to end the first quarter. They would not slow down from there, and the pressure came nonstop as Upper Darby’s turnovers began to mount in a one-sided second quarter.

Cheltenham’s ferocious defense overcame the No. 19 Royals 83-57 in the second round of the District 1-6A boys basketball tournament, securing a state playoff bid for Cheltenham.

“Last year we fell a win short so to get that done for our group is amazing and the next goal is Temple,” Fleury said. “We came out pretty good in the first quarter which set the tone for us and we were able to ride that momentum.”

Whether it was a week off thanks to their first round bye or Upper Darby’s zone defense early, the Panthers weren’t getting points on the board at first. They led just 6-4 with 1:30 left in the opening quarter before senior Jaelen McGlone’s and-one kicked off a 9-0 run to end the quarter with Payne’s trey putting the hosts up 11-4.

Boosted by eight points from senior David Pope off the bench, Cheltenham opened the second on an 18-3 run over the first five minutes of the second quarter. It was the Panthers’ quick paws on defense that kept the run going, with Cheltenham totaling 13 steals by halftime.

“We worked on it a lot, it’s not like we didn’t know it was coming,” Royals coach Bob Miller said. “We looked like we weren’t prepared for it. That was the difference in the game, we kept turning the ball over and probably had 20 points in layups off our turnovers and fastbreaks.”

Miller said the speed of Cheltenham’s lineup, starters or reserves, was what most hurt his team. Usually, Upper Darby has the quickness advantage but too often, one or more Panthers would swoop in from the backside to dislodge the ball, have a teammate scoop it up and take off the other way.

McGlone, a Rider recruit, had a vicious slam off a steal and runout that capped the 18-2 run for a 33-6 Panthers lead with 3:10 left in the opening half. Scott, who had 10 points, converted a three-point play with 1:45 left that gave Cheltenham a 40-10 lead.

“We always pride ourselves on defense, so we rallied back together, talked to each other and got back on defense every possession,” Scott said. “We’re a strong group when we all get together on defense and as we talk and get steals, it boosts our confidence and leads to our offense.”

Fleury was overall pleased with his team’s effort but felt they left some points on the floor with missed layups and lost some energy in the fourth quarter. With No. 6 Coatesville coming in Friday, the Panthers can’t let that happen again and the second-year coach felt it would lead to a couple good practices getting ready for the Red Raiders.

After leading 44-17 at half, Cheltenham used seven points from McGlone to build a 51-19 lead early in the third and closed the quarter up 63-34 on a Saleem Payne jumper. AJ Tucker did all he could to try and keep Upper Darby from falling further behind, netting 13 of his 14 in the first three quarters.

Iyan Joshuasville got hot in the fourth, scoring 15 in the frame and getting the visitors within 65-47 on a three with 5:21 left before the Panthers were able to pull away again behind Justin Moore.

Cheltenham will host No. 6 Coatesville, a 77-60 winner over No. 22 Plymouth Whitemarsh, on Friday. Upper Darby will have a chance to play at home, hosting the Colonials in a playback game to try and extend their season.

“We’re still alive but the goal is to go as far as you can and to do that, you have to compete against teams like (Cheltenham),” Miller said. “We’re happy to be at home and it’s funny, we scrimmage PW every year, so we know them and they know us, it comes down to execution.”

Back in December, the Panthers edged Coatesville 63-56 in a Play-By-Play Classics event, but both Fleury and Scott said that result means nothing heading into Friday.

“We’re not playing loose, we’re playing to win districts and playing to win states,” Scott said. “We have to scratch that first game. It was two months ago, they’re  a different team and so are we so it’s a clean slate.”