After slow start, Wigo settles in for Marple Newtown 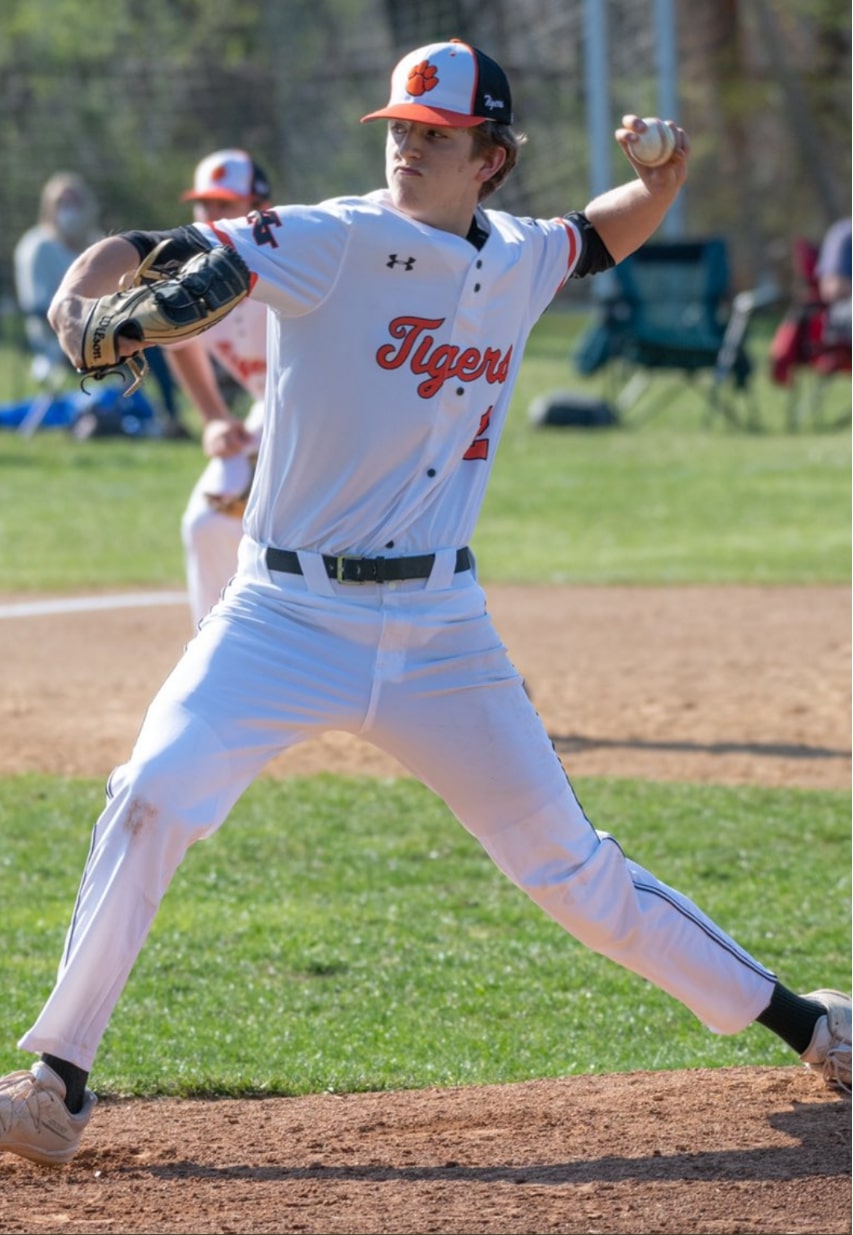 The junior lefthander’s first pitch of the game was rocketed by Interboro’s Jake Finley for a double. Two pitches later, Wigo fielded a bunt and unloaded an errant throw to first base, allowing Eddie Boyer to reach safely and Finley to trot home from second. Another two Marple Newtown errors enabled the Bucs, who were heavy underdogs, to take a 2-0 lead before Wigo could catch his breath.

Wigo could have faltered at that point, but he bounced back from a not so ideal first inning to throw a complete game with eight strikeouts. The fifth-seeded Tigers lit up at the plate and pounded No. 12 Interboro, 14-2, in five innings.

Marple Newtown will travel to No. 4 Phoenixville for a quarterfinal round game Wednesday.

First-year head coach Rick Zimmerman has seen a familiar script with this team. Three years ago, when the 2021 seniors were freshmen, the Tigers were a veteran-laden squad that peaked in the playoffs and went all way to Penn State University, where the club won the first PIAA baseball championship in Delco history.

Of course, 2018 is a lifetime ago in high school athletics. It’s all about the here-and-now for a youthful Tigers team, which is hoping to make its own history this spring.

“They’re young … and it shows at times,” Zimmerman said. “There’s a lot we’re still trying to work out.”

It helps to have Owen Mathes’ bat in the middle of the lineup. The senior third baseman and staff ace ripped an RBI single to get the Tigers on the board in the first inning. Mathes’ two-run bomb to left-center field in the bottom of the second gave MN a 5-2 advantage. Marple sent 11 batters to the plate in the frame, scoring five runs on just one hit (a cavalcade of Interboro pitchers had trouble locating the strike zone).

“I feel like we’re just getting started,” said Mathes, who finished 2-for-3 with three RBIs and a walk.

Mathes is the only Marple Newtown player who started as a sophomore in 2019.

“We’re a young team and a lot of guys are new (to the varsity). I think we had me and maybe one or two guys get at bats (as sophomores),” Mathes said. “We’re definitely still learning and trying to get better.”

After Wigo wiggled out of a bases-loaded jam in the second inning, he was in cruise control the rest of the way. He allowed singles in the third and fifth, but the Bucs never threatened off him again.

“My fastball was moving a lot today and I had a couple of strikeouts on the curveball,” Wigo said. “It’s a mindset with me. After they scored, I had to tell myself they’re not going to score again because I know I can’t let up any more runs, that would only hurt us more. I know the guys behind me have my back. Our offense, I trusted them to get the runs back for me.”

The Tigers broke out for seven runs in the fourth inning. Jimmy O’Brien and Jason Anderson stroked two-run singles, while Justin Brennan smoked an RBI double. Dillon Can and Jason Bennett each added a run-scoring base knock.

Brennan set the table at the top of the order, reaching base in all four plate appearances (two doubles, one single, one hit by pitch). Can had a single, walk and two RBIs. Catcher Justin Smith worked four walks and Bennett went 2-for-3 with a walk. Brian Joslin reached base three times out of the nine-hole.

“We’ve just got to grow,” Zimmerman said. “Every game that we get in the playoffs, it’s just great for next year because they’re so young. I have so many juniors, it’s crazy. So, this experience is going to be very helpful to these guys and hopefully we can keep winning for as long as we can.”