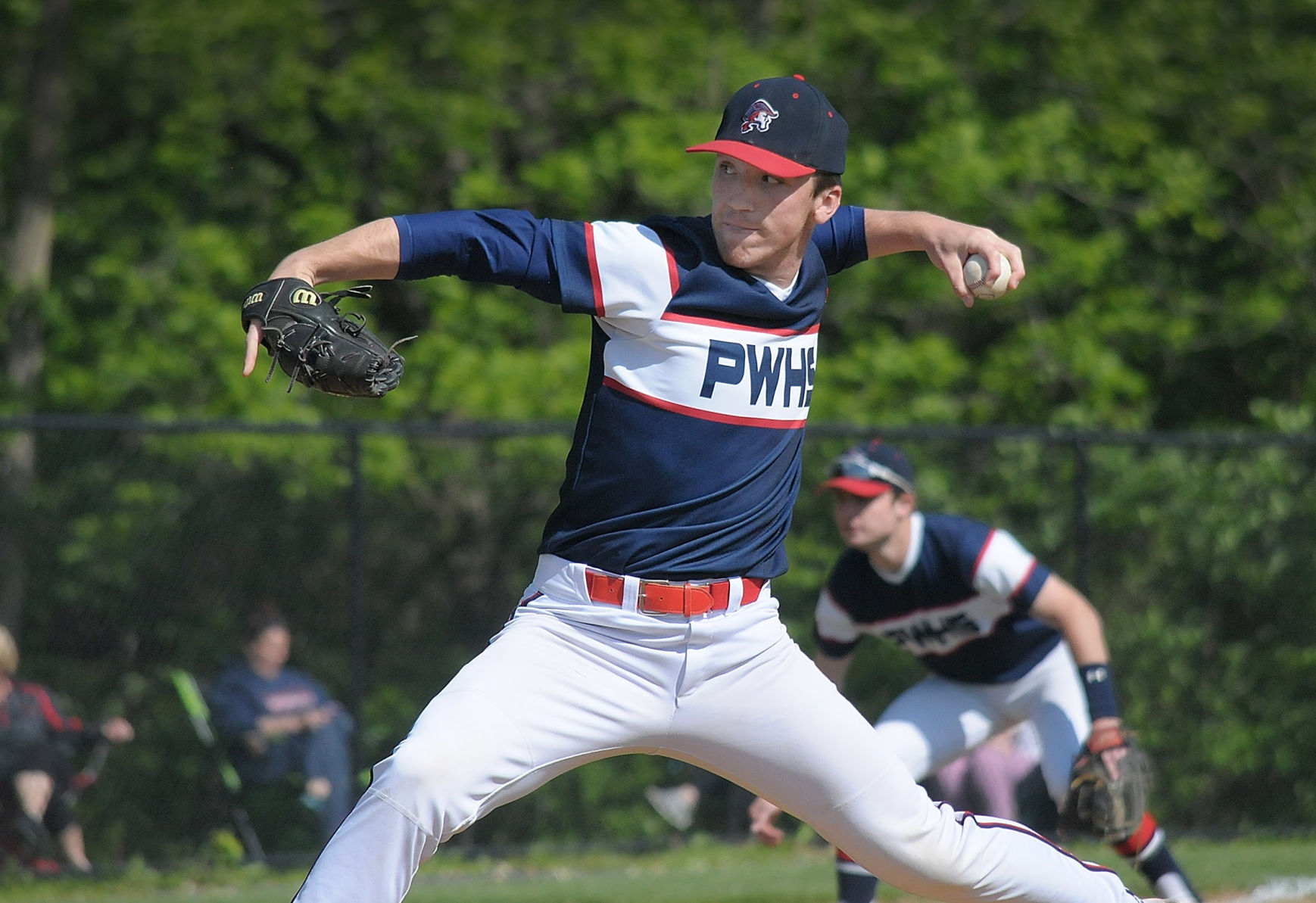 Everyone on the Plymouth Whitemarsh baseball team had a feeling the 2020 season would be cancelled, but that didn’t take the sting away when head coach Chris Manero informed the players on the PIAA’s decision two weeks ago.

Senior Ben Mascio has seen the program transform over his three years and played a crucial role in the improvement. The Colonials went from a 6-14 team in 2017 to a District 1-6A qualifier in 2018 to a Suburban One League American Conference championship, deep District 1 playoff run and a state playoff win in 2019. With first team all-league selections Mascio, Kevin Reilly and Joe Jaconski returning in 2020, expectations were high.

“We were all preparing ourselves for (the cancellation) in a way, but you couldn’t really prepare yourself for when coach Manero sent us an email and told us the PIAA cancelled everything and we weren’t going to have a season,” Mascio said. “That was just devastating.

“We were definitely looking forward to doing even bigger things than we did last year. Last year was huge for us. It was the first time we won the league outright in 20 years. It was a really big year for us and we were coming back with a lot of the same key pieces that we had last year. It definitely hurt even more knowing what we could have done this year and not getting the chance to do it.”

Despite missing his senior campaign, the left-hander made his mark on Germantown Pike.

As a freshman, Mascio started the year on JV. A little more than halfway through the season, it was clear he needed a bigger challenge and was called up to varsity. He went 0-1 in three games with an 8.21 ERA. While the numbers don’t jump out as impressive, Manero believes it was crucial to his development.

“The offseason going into my sophomore year I realized that this was something I could really do,” Mascio said. “That’s when I realized I really wanted to play in college, high level. That offseason I just went at it really hard and that’s what made the difference for me going into that year – working out, doing everything, amping it up that summer.”

“To see him go from a freshman who came up and got his feet wet,” Manero said, “to instantly the next year becoming our number one — it was a quick progression for him … I think those couple games in ninth grade helped him a lot. I think they had a lot to do with his maturity and with his growth because he was able to come up in a really low-pressure situation. He was probably always used to being pretty dominant on the mound, coming up and facing a lot more of a challenge than he had ever faced before — I think that worked to his benefit.”

In all, Mascio finished his career 13-7 with 137 strikeouts in 127.2 innings. He was hoping to achieve the elusive 20-win and 200-strikeout marks during his senior season.

“I was looking forward to getting 20 wins for sure,” Mascio said. “They’re both not everyday things that every high school pitcher gets to accomplish. I was definitely looking forward to those, especially because I worked real hard over the last four years to get to this point and put myself in position to be able to get those things. Having that taken away from you — words can’t even describe it.”

“In 10th grade he was outstanding,” Manero said. “Last year he was lights out. This year — who knows what he would have been. (Twenty strikeouts and 200 wins are) rare, especially because guys will pitch at the varsity level for multiple years, but I don’t think it’s as common to have a guy be a number one pitcher for three years.”

Not only did Mascio put up great stats over his three-year career, he also filled the role of ‘big-game pitcher’ that every team searches for. In 2019 he threw a complete game shutout to clinch the SOL American title on the last day of the regular season — the Colonials’ first league title since 2005 and first outright league title since 1996. He went 6.2 innings, allowing just one run against Avon Grove, in the school’s first district playoff win since 2011. He pitched PW to its first state win since 1994 in the PIAA-6A opener against Liberty.

“He has this very large personality,” Manero said. “When there’s games that are tight and there’s big games — he thrives off of that. Last year in the game where we won the league championship was one of if not the best games he’s pitched.

“There’s just so many big games looking back with him. Everybody wants to have that big-game pitcher. He has been able to be that for us so many times.”

Although he never got the opportunity to do it as a senior, Mascio was a leader for the Colonials. Even as a sophomore he was holding teammates accountable.

“He’s tough, he’s loud, he definitely likes to have his presence known,” Manero said, “but he backs it all up with the way he plays and the way he performs. One of the things I really have gotten to like about him the most is you can just see the way he demands a lot from his teammates. He’s a good enforcer on the team and he won’t tolerate anybody on that team not working that hard, not running something out, not working hard in practice. He’s let a few guys know over the years … He wants to win and he wants to make sure everybody on that team is doing everything they can do to win.”

“All I ever wanted to do was win,” Mascio echoed. “That’s always been my number one thing. I just want to win no matter what it costs. Just little things like seeing guys at team workouts or something slacking, not giving 100% — that never sat right with me. If you’re going to be here you’re going to give 110%. I always wanted to implement that on everyone else.”

Mascio, who was last clocked throwing 85-86 MPH, will be playing at West Chester next year. He committed in September 2019.

“Winning has always been a huge thing with me and West Chester is one of the winningest programs in D-II right now,” he said. “They beat two national champions a couple years ago, competing for the College World Series every year. They’re big on winning over there, too, so I decided that would be a good place for me.”

“What he’s shown us in how hard he’s worked in the last couple years and how tough he is on the mound and the skills that he has,” Manero added, “I think going and pitching in that conference, which is one of the toughest Division II conferences you’ll find, I think early on it’s going to be a big step for him, but I think it’s a good fit. I think he’s got a chance to really do a lot of really good things there.”