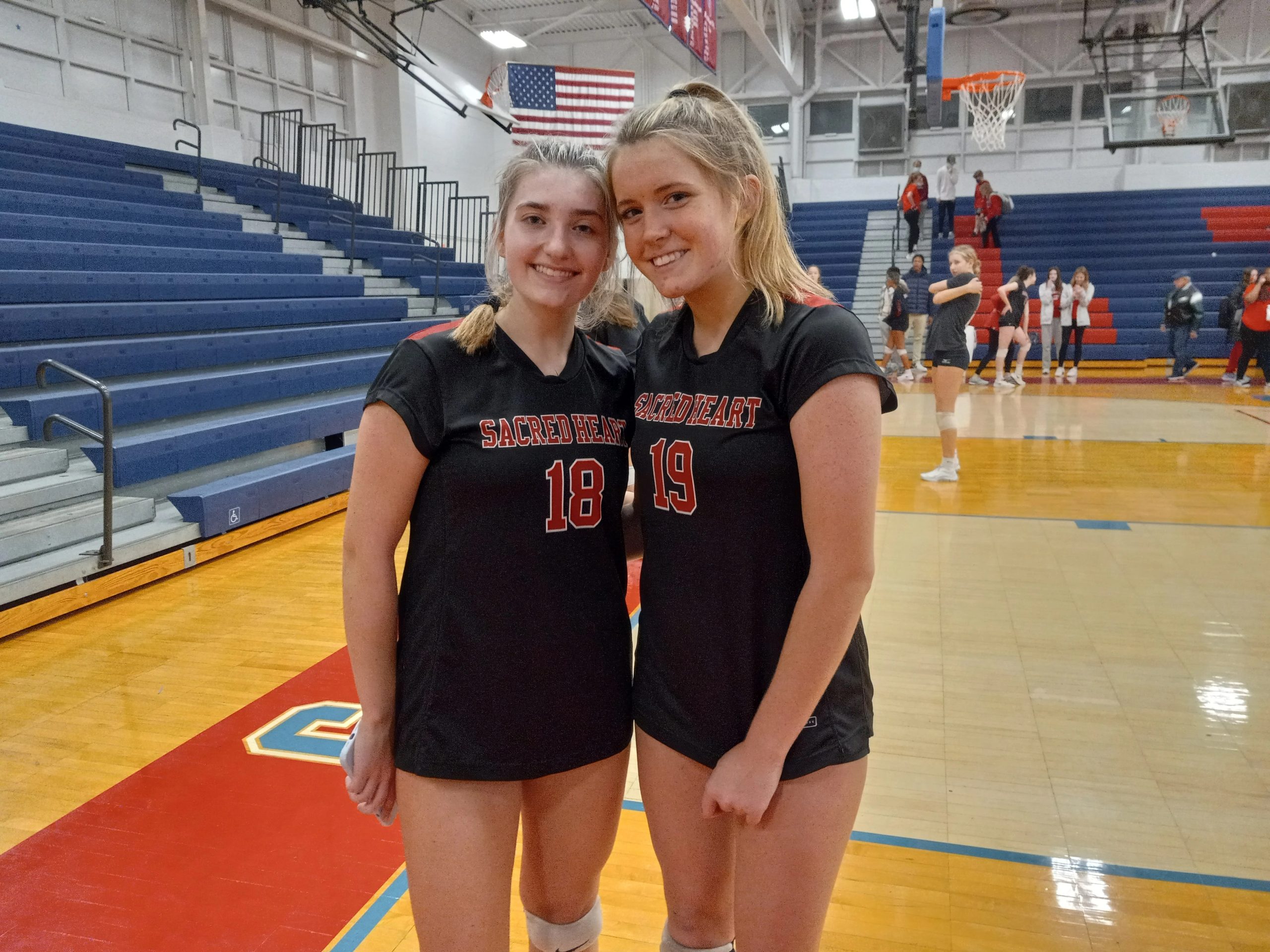 A return trip to the PIAA Class A volleyball final was not in the cards for Sacred Heart. The Lions’ dream of a state title ended in a 3-0 loss to West Branch Wednesday night in the semifinals at Hazleton Area High School.

The game was originally scheduled for Tuesday but was moved to Wednesday when West Branch was unable to get to Hazelton due to snow across the northern part of the state.

The Warriors (23-0) won all three sets, 25-20, to advance to Saturday’s final against District 10 champ Maplewood, which beat Oswayo Valley, 3-0, Tuesday in the other semifinal.

It was Sacred Heart’s first loss to a Class A team since falling to Clarion, 3-0, in the PIAA final last season. The Lions were ranked first in the Pennsylvania Volleyball Coaches Association, a spot ahead of the Warriors.

The loss ends the careers of seniors Macie Moresco, Aly Albanese, Liz Cuskey, Emily McKenna and Aida Solomon. As a class, that quintet won four District 1 titles and reached the state semifinals in each of the last three seasons.

“I’m going to cry,” Sacred Heart coach Sam Moyerman said. “I haven’t yet but I know I will. The stuff that those girls accomplished is amazing. Liz, Aly, Emily and Macie have been starting for me since their freshmen year. I’ve watched them grow up and I’ve watched them do so much, and they’ve accomplished so much with this team and this program. They took it to new levels.”

But it was an uphill climb all night for the Lions (19-8). Sacred Heart was never able to develop a rhythm or sustain any runs as it did in its quarterfinal round victory over Lititz Christian.

“It would seem like every once in a while we would get something flowing and it would just stop,” Moyerman said. “One mistake or a hitting error, and they went on a little run. We weren’t able to sustain anything. I was looking for one of those big service runs that we were known to get, and we were never able to pull it out.”

The turning point came in the second set. The Lions jumped out to a 4-1 lead and led 20-18. West Branch called a timeout before running off seven straight points to take a 2-0 lead.

“That was the spot where I was like, ‘We’re good,’” Moyerman said. “We just couldn’t side out. If you can’t side out you can’t win the game. We just made it hard on ourselves. They just caught us at the wrong time.”

Sacred Heart rallied from an 8-1 deficit in the third set to take a 12-11 lead, but it was all West Branch after that. The Warriors used a 9-3 run to break the game open.

“West Branch is a very, very good team all the way around and we knew that,” Moyerman said. “They have a very good setter. They play good defense. They play together. They do everything they need to do. We would have a couple of rallies but we couldn’t sustain it. They were a lot more consistent than we were.”