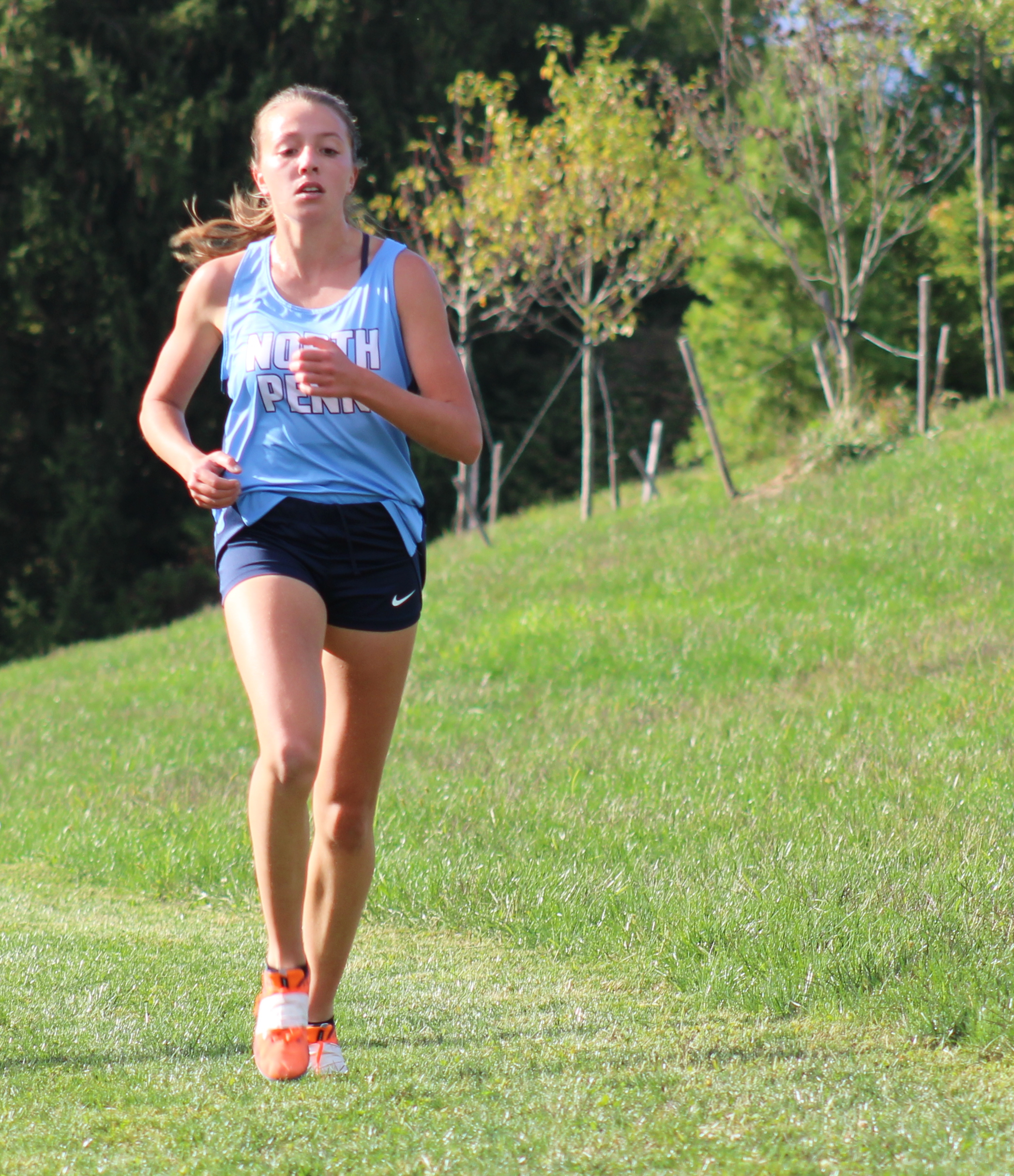 TOWAMENCIN >> North Penn was up to the task, and Justin Landis set the pace.

“We were really excited coming into this one and we expected to do very well,” the Knights’ pack leader said Wednesday.

“Our last home meet of the season, and it was a beautiful day with strong competition,” said Knights coach Mike Werner. “When you have a combination like that, it’s a great opportunity to run fast.”

Landis raced to a first-place finish in 16 minutes, 16 seconds, the Knights took the top three spots, and North Penn pulled away to a 20-39 victory over rival Souderton in a battle of Suburban One League Colonial Division powers.

The North Penn girls followed with a 22-37 win over Big Red, making it a sweep of the afternoon double dual meet at NP.

“The times were fast today,” Werner said. “And the pack responded well to some good competition.” The Knights packed in five finishers in the top eight spots in the boys race, led by Landis, who ran his fastest time ever on the home course.

“I felt really good going into the race, thinking I was going to stay up at the top. The last (kilometer), I really showed what I got,” he said. “Closing in on the last ‘K,’ I was in second. I knew I had the extra kick, and I just pushed it at the end. And I was able to get it through.”

Achilles Shui and Colin Fisher crossed second and third for the Knights. Said Landis of the home course: “There are definitely a lot of roads on it, a lot of streets. The last ‘K’ is really a lot of down hill and the straight finish. I like the long, straight finish, being able to see the finish and just stride in towards the end.”

“We have a month to go to get ready for districts. And so we still have some work to do. It wasn’t a perfect race but it was a good race. And when you’re tested like we were tested today, I like how we responded and I’m looking forward to us learning from this and getting better. And launching us into the postseason.” Kira Logiovine races to a second-place finish for North Penn in its win over Souderton. (Kev Hunter/MediaNews Group)

The North Penn girls also pushed it hard as a pack, with Sophia Schell leading the way with a winning time of 20:44. Kira Logiovine raced to second in 21:16.

“They competed today,” Jerry Kerzmann said of his squad. “We knew Souderton had some tough runners and the girls went out and competed.

“They wanted this one. I’m glad we got the results we wanted because they’ve been working hard. We finally got some good times and came out with a win.”