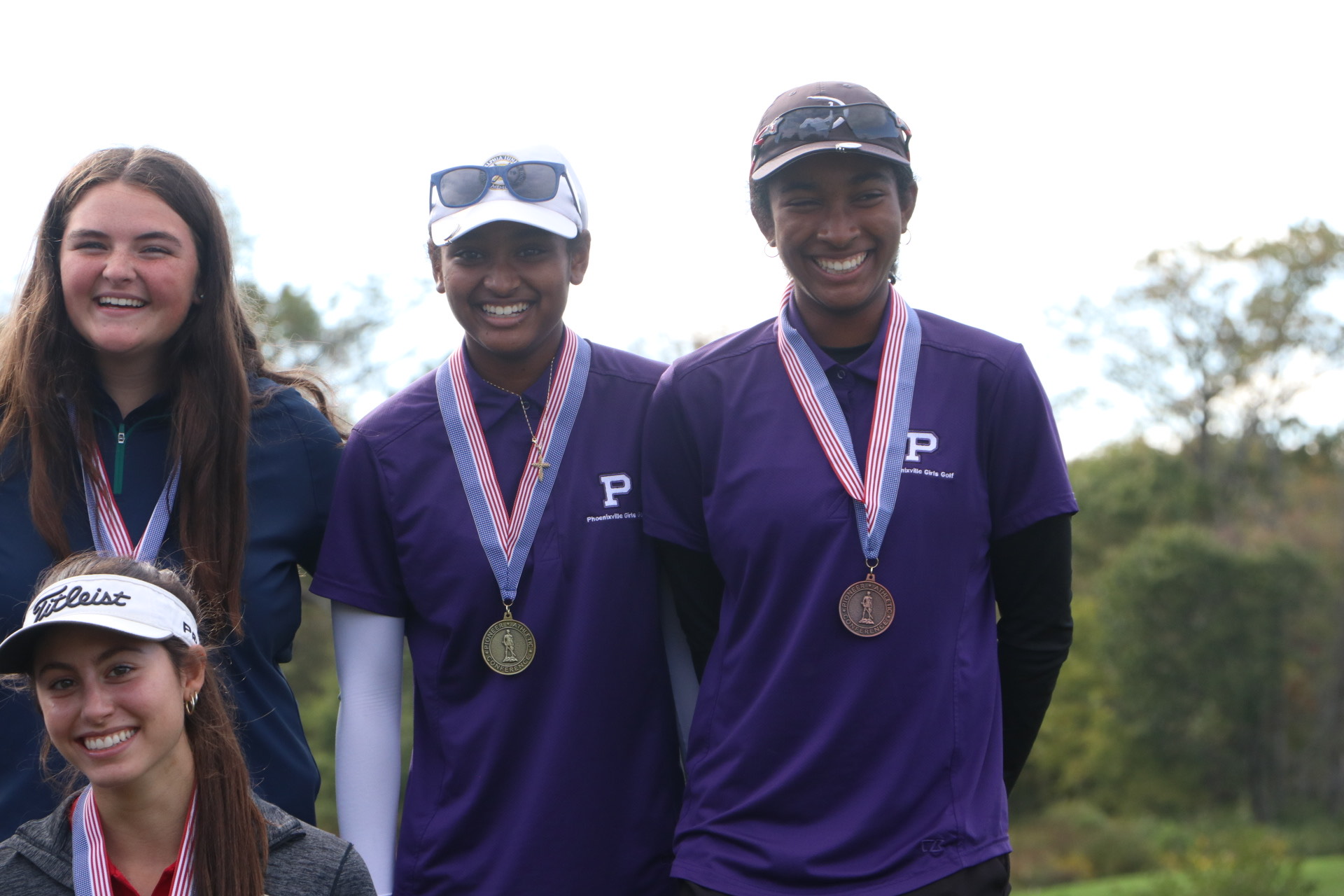 Roberts earned the title with a 1-under par 71 at Turtle Creek Golf Course. Spring-Ford senior Nicole Yun shot a 74 for her second straight runner-up finish. Defending champion Kate Roberts, a Phoenixville junior, placed third with a score of 76 and Owen J. Roberts senior Stefania Fedun was fourth with a 79.

The top 16 finishers qualified for the District 1 tournament.

The top-seeded group of three – the one typically expected to produce the champion – consisted of three former PAC champions in Kate Roberts, Yun (2019) and Fedun (2020). But it was no big surprise that Kayley Roberts was able to win the title because she was coming off a record performance a few days earlier.

“The goal is to always just try your best,” said Kayley Roberts. “I personally thought I had a good chance. Coming in, my goal was to win. On Sunday, we played a practice round here and I tied the course record at 65.” “I’m glad for her,” said Kate Roberts. “It doesn’t surprise me. She tied the course record a couple of days ago. She’s been playing well. I’m excited for her, especially as a freshman.”

Kayley Roberts fired a 36 on the front nine and a 35 on the back nine.

“I think it was my putting,” she said concerning the key to her success. “I made a lot of clutch par shots. I had trouble with my driver to start, but I ended up fixing it on the fifth hole.”

The same could be said of Kate Roberts’ round.

“Inconsistent tee shots,” she said. “My putting was really good.” “They’re so good,” Yun said of the Roberts sisters. “They’re too good.”

Consistency was the name of the game for Yun in her round of 74.

“My putting was really good. I think everything else was really solid,” she said. “It was a mundane round. I had 16 pars today, so I was happy with that. It would have been nice if I would have had a few birdies.”

Yun enjoyed being grouped with the area’s best as well.

“I really loved my group. It was such a fun time,” she said.

Last year Yun made it to the second day of districts, but did not qualify for states.

“I missed the cut by two strokes,” she said. “I didn’t have the best two days. Hopefully, I can play better this year.” Kate Roberts finished sixth in District 1 last season and was the first Phoenixville girls player to make it to the PIAA Tournament where she tied for 12th.

Turtle Creek is the home course for Phoenixville, so Kayley Roberts has played it many times.

The tournament began at 10 a.m. and the wind did cause problems for some players early on.

“You learn to play with the wind,” said Kayley Roberts.

Among the district qualifiers, four Spring-Ford players in addition to Yun advanced and three from Upper Merion moved on. Phoenixville and Spring-Ford will compete in the district team championships.