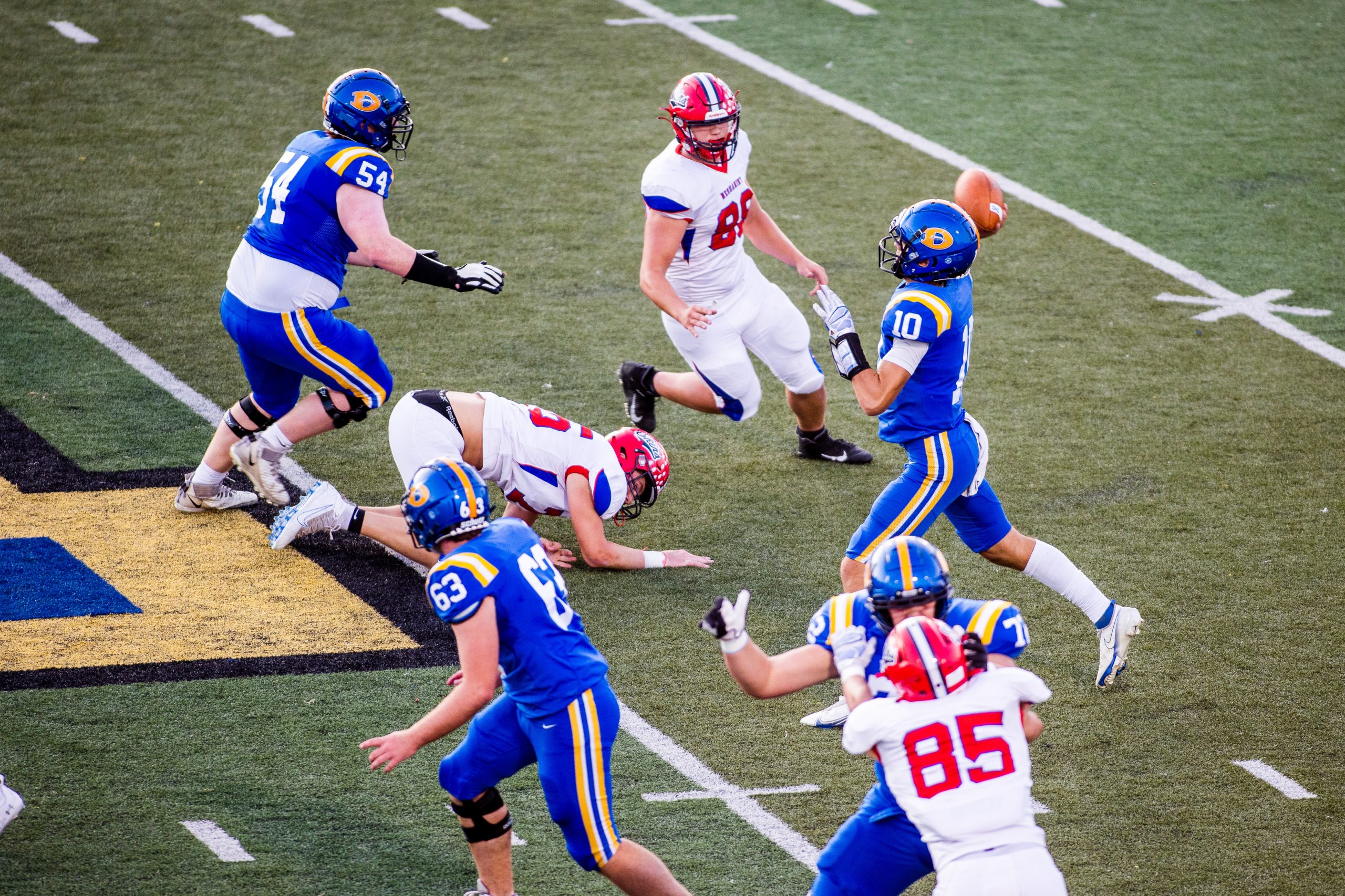 The first half of the scholastic football season is over and that means it’s time to look at where area teams stand in the District 1 playoff races — and some other happenings around District 1.

There are just three 6A squads that are still undefeated so far this season. Central Bucks East, Garnet Valley and Coatesville are all 5-0 and are currently the top three seeds in the district.

CB East is somewhat of a surprise, but they still have some tough Suburban One League games left on the docket. Garnet Valley, the defending District 1 6A champs, are not as good as last year’s powerful team, but the Jags still run the Wing-T to perfection and should go far in the playoffs.

Coatesville has good wins over Pennsbury and Central Dauphin, and still haven’t really got its passing attack untracked, which is a scary thought for other 6A teams. The defense is strong again and are very fast.

The linebacking corps has been tremendous so far. As usual, the Red Raiders will be judged by how they fare in the two games against the Downingtowns.

Pennsbury was a dumpster fire for the past three seasons, but head coach Galen Snyder has come back to rescue the program. Snyder won 116 games and two district titles in his first tenure with the Falcons and has them back on track with a ground-and-pound offense which will be a tough out in the playoffs in the first and second rounds.

If the playoffs were to start this week, North Penn would not be involved, as crazy that would seem. The Knights are currently 18th in the 16 team tournament.

Their defense has betrayed them in the recent past, and this season is no different with the Knights having almost no answers for the opposing team’s passing attack.

It is hard to imagine coach Dick Beck is having this much trouble with his team that is sitting at 2-3, and is coming off a decisive loss to Central Bucks West. Sometimes bigger is not better.

Downingtown West is one point away from being undefeated. The Whippets’ only loss was a 30-29 decision to Perkiomen Valley team in Week Two.

The Whippets played that game without quarterback Quinn Henicle, who was on the COVID-19 list that week. Downingtown West has plenty of playmakers and  head coach Mike Milano has opened up his vast playbook to take advantage of those skill players and put them in great positions to make winning plays.
…
The District 1 5A bracket is wide open this season with five schools still undefeated. Great Valley is 5-0 and head coach Jeff Martin has revived a program that struggled the past two seasons.

Chester may be the most interesting 5-0 team in the 5A bracket. The Clippers have four shutouts in their five wins, and although the schedule has not been that arduous, they have been visually impressive.

Freshman quarterback Jalen Harris has thrown 20 touchdown passes so far, setting the all-time Chester season mark already. They also have a tough running game and no one wants to go to Exit 6, as the Clippers call their home field.

It has been quite a quick turnaround for the Chester program that used to be an easy win for most teams.

Possibly one of the best quarterbacks in the state is Upper Dublin senior Colin O’Sullivan. The three-year starter has led the Cardinals to a 5-0 start. O’Sullivan may be the reason a lot of people are picking Upper Dublin to take home the district crown. But, Strath Haven, Chester, and others are sure to be in the mix also in the wide open 5A bracket.
…
Downingtown East played three games without starting quarterback Jamy Jenkins, who was out with a fractured wrist. The Cougars went 2-1 in that span with their only loss a 32-31 heartbreaker to State College. Coach Mike Matta steered the ship during Jenkins’ absence. The Cougars look like a very scary team again.
…
It is a shame that Malvern Prep is not eligible for the PIAA playoffs. This year’s group looks like they could challenge for the title with heavyweights like St. Joseph’s Prep.

The Friars’ defense has allowed next to nothing this season in a 4-0 start. The wins came against quality opponents like La Salle, Roman Catholic and Imhotep Charter. This may be the best Malvern Prep team in a long line of great clubs.
…
Games seem to be moving a little fast so far this season and one of the reasons could be a commitment to the running game by many area teams which thankfully keeps the clock moving.

Also, except for a few instances, I have not seen as many annoying referee huddles this season as in the past.

Peter DiGiovanni covers high school football for the Daily Local News. He can be reached pdgiovanni07@gamil.com. Follow him on Twitter at
@PeteDLN.