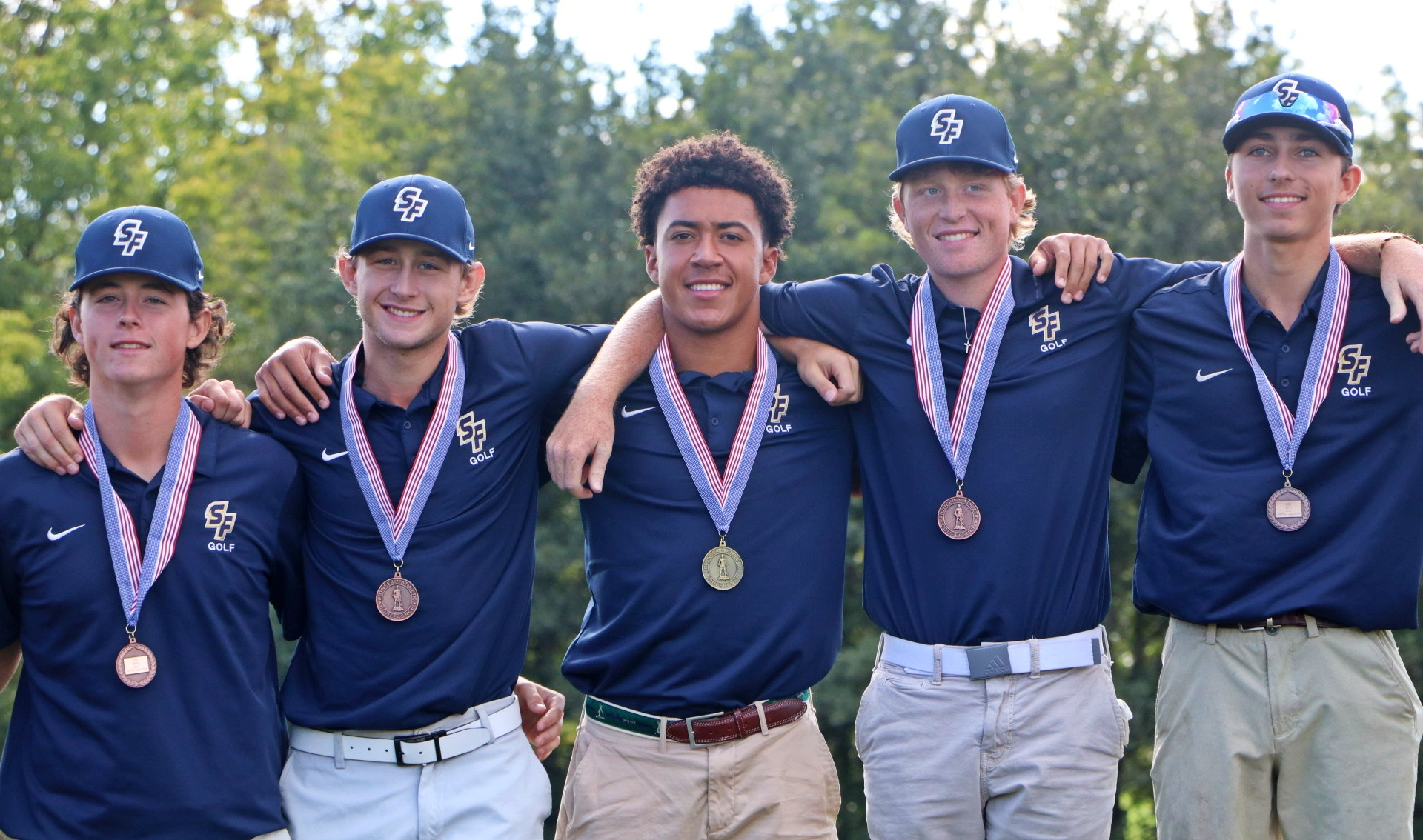 Seven Spring-Ford players were among the 18 who qualified for the District 1 Tournament, with a score of 85 being good enough to move on.

“Jaden is the story that I tell the kids at the beginning of every season,” said Spring-Ford coach Jerry Hollingsworth. “He barely made the developmental team as a freshman, played JV as a sophomore and varsity as a junior. The kid was always on the range. He’s just always working to get better.”

“I work really hard,” said Minter, who is a member at the Spring-Ford Country Club and works at Turtle Creek. “I practice every single day. It was tough watching my friends play better than me, so I kept working. It paid off.”

Minter had a couple of rough holes on the front nine, but kept working at it as he knocked four strokes off his championship score of last year (at Gilbertsville Golf Course) and moved up considerably from his three-way tie for 10th place PAC finish.

“I don’t think I got off to the best start,” he said. “I had two double bogeys on the first nine … no bogeys on the back nine. I just try not to get too high, too low. Then I made a couple birdies.

“The wind was rough, but my approach shots were pretty good. I hit greens and that gave me a look at birdies.”

Minter said he tried to stay focused on his own game and not worry about how the rest of the 72-player field might be doing.

“Whenever my head would migrate, I tried to snap it back and stay focused,” he said.

Fazio’s 75 was two strokes higher than his score last year at Gilbertsville where he won by a single stroke.

“I’m okay with that,” he said. “And if there’s anyone I want to lose to, it’s Jaden. But I had six three-putts, so that is really bad. I hit one out of bounds on five. I had three three-putts after that. But I made a lot of birdies.”

Last year, Fazio was the only PAC player to make it to the PIAA Tournament.

This is the second year in a row that Spring-Ford has sent seven of its eight players to districts.

“We have kids who have the ability to play all the time and they do it,” said Hollingsworth. “This is what they do for fun … it’s golf. Spring-Ford now has a golf culture. With the JV team and a developmental program before that, it is a good situation.”