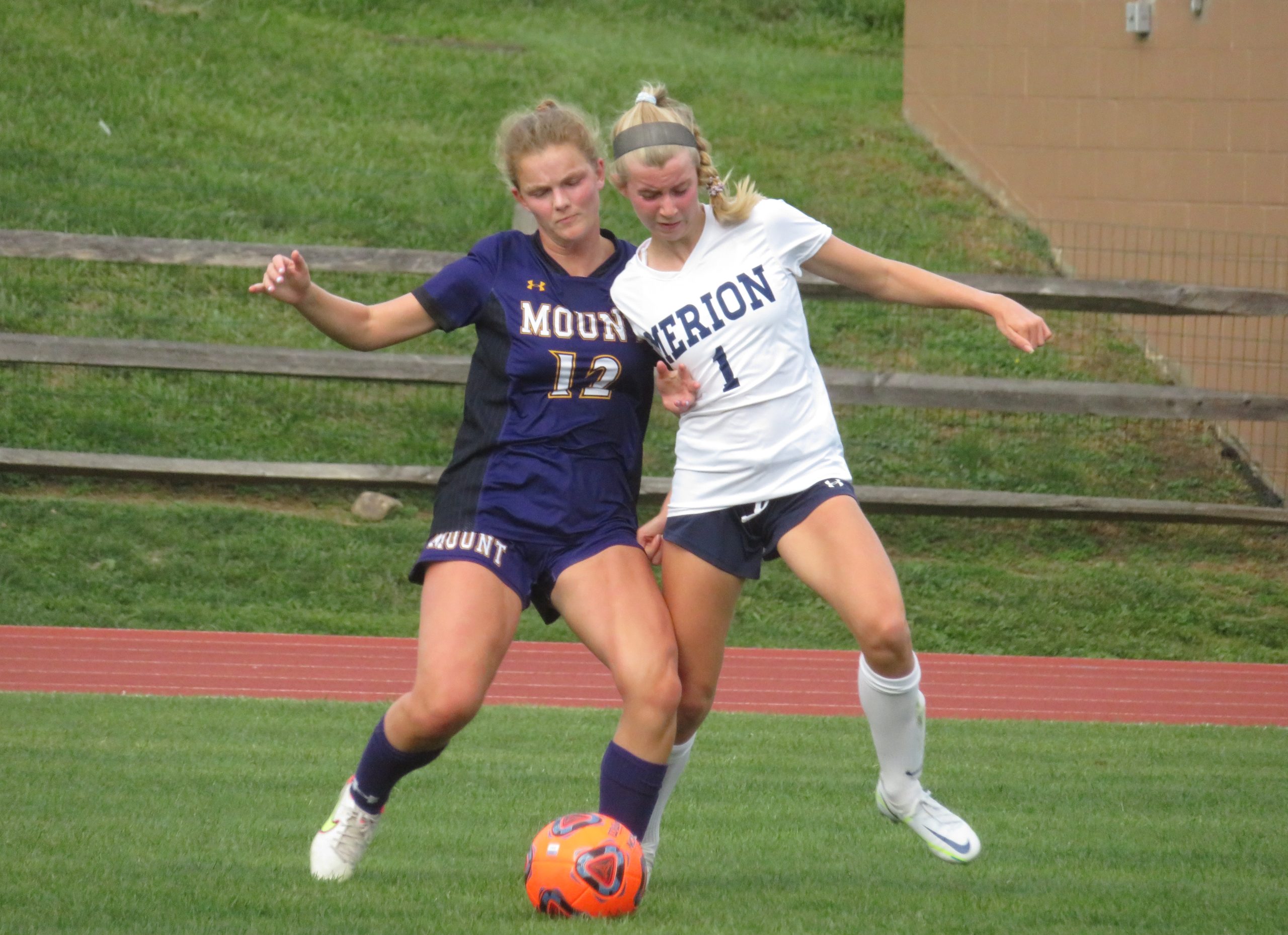 FLOURTOWN >> It had been almost four week since the Mount Saint Joseph Academy soccer team played a game on its homefield. After hosting Bishop Shanahan on Sept. 2, the Magic went on a four-game road trip, capped by a five-goal win over Friends Central on Sept. 20.

“I definitely feel like we’re comfortable on this field,” Mount’s Kate Donovan said. “It’s just the atmosphere, we have a good amount of fans here. It really helps us feel more comfortable and I think it contributed to the win.”

The Magic (2-8, 1-4 AACA) offense was buzzing all game. In addition to the six goals, they put 11 shots on target and hit the post twice.

“We’re typically a possession team. Sometimes we change it up in the right situations. We transitioned really well today. Especially in the first half, those transition balls – two, three passes through the midfield – we had opportunities. It’s a different kind of game for us but it’s definitely working for us.”

“(Through-balls are) definitely something we’ve been slowly transitioning to,” Donovan added. “I think it’s a good way to play since we have some fast outside backs and some forwards that can run onto those balls. It helps us keep the ball up and in possession.” Mount Saint Joseph Academy controlled the pace of play in the first half – out-shooting the Golden Bears 7-2 and holding a 3-0 corner advantage – but only led, 1-0, in the 40th minute. Tatum Donohue scored with 33 seconds remaining in the half to double the lead and send the Magic to the break ahead, 2-0.

Lilly Denn scored for the Golden Bears (2-6, 0-4 AACA) to make it 4-1 midway through the second half. The Mount was whistled for a handball in front of their own goal and Denn put away the penalty kick. Mount keeper Chloe Swisher only needed to make two saves in the game. Their midfielders and defenders kept the ball out of harm’s way and mostly on their attacking side of the field.

“It felt good to give our defense a little bit of a break,” McCauley said, “and actually push some players forward. We love to get our defense involved in the possession, in the attack, and we saw that today. We have a lot of skill at the outside back and getting them involved is one of our keys to really being successful from here on out.”

“We were able to mark up their forwards and their attacking mids so that any time they did get the ball we could stop the counter attack easily,” Donovan said, “so that we could keep the ball and we wouldn’t have to run all the way back. Our forwards and our outside mids could stay high so that we could get those through-balls.”

The Mount will be at home for the next five games, starting with Villa Maria Academy Thursday.