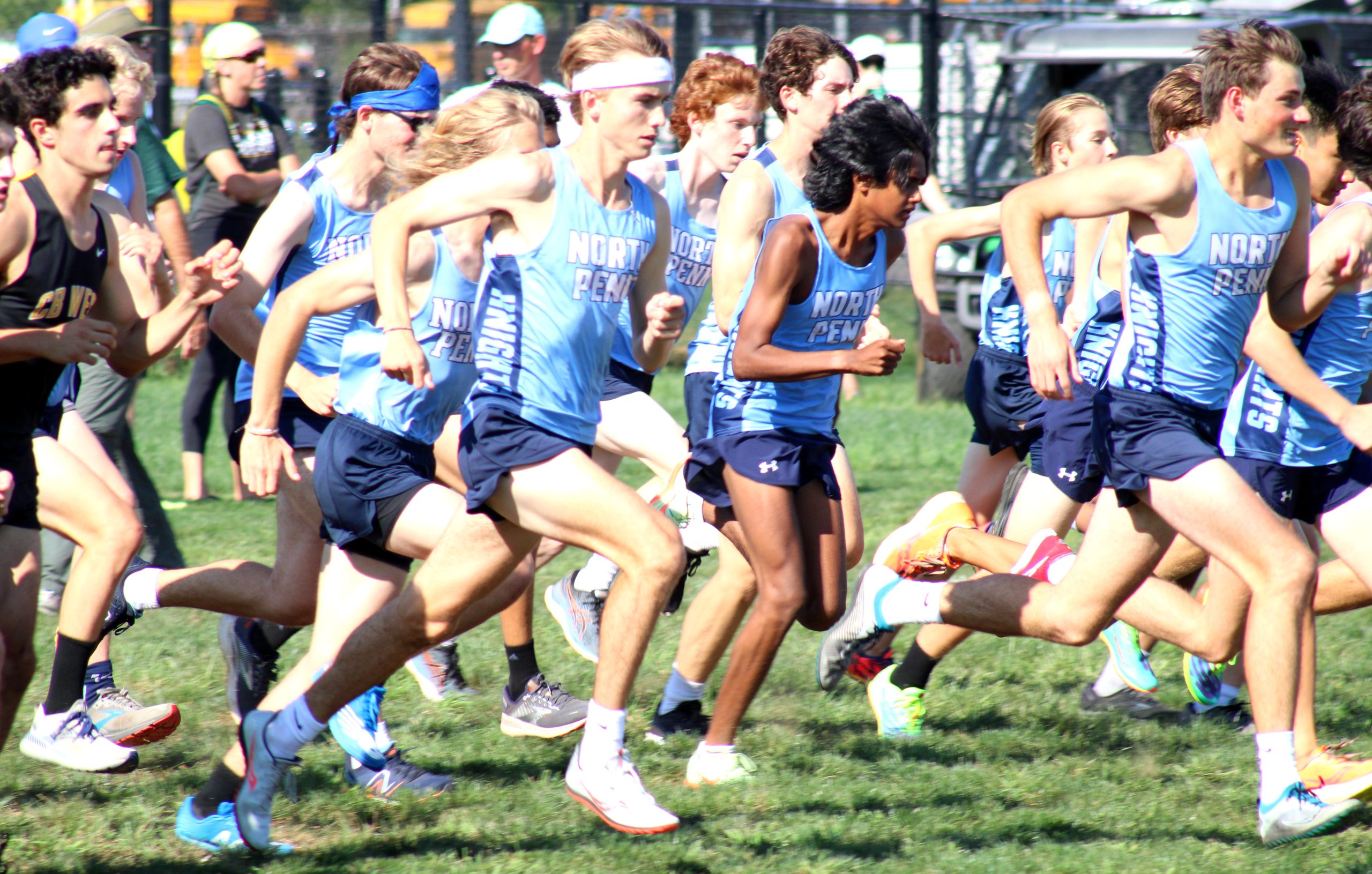 TOWAMENCIN >> A sea of blue with with little green in between, the North Penn boys arrived at the finish line as a tightly connected pack on Wednesday afternoon.

The Knights took the top seven scoring places and soaked in a successful day on their home course against rival Central Bucks West.

“The leadership has been really good,” Knights coach Mike Werner said of his squad. “The young guys have really stepped up. And overall the culture has been as good as our performance. It’s been excellent, so I’m very proud of the guys. We just need to remember that it’s Sept. 21 – there’s a long way to go.”

With a 15-50 victory over the Bucks, North Penn raised its Suburban One League Colonial Division record to a perfect 3-0.

“It was definitely a struggle – it was pretty hot,” said a first-place Achilles Shui, who led his squad to a performance he deemed “pretty solid.”

The CB West girls also raced to victory, packing it in tight and pulling away to an 18-43 win over the Knights.

“Our preparation was good and I could see all my teammates did well. Coach (Kiki Bell) told us to run as a pack and I think we got that done,” said the Bucks’ front runner, Abigail Kolbe.

The North Penn boys were paced by Shui, who crossed in 16 minutes, 53 seconds. Colin Fisher was second in 16:53.

“It was our first home meet so we were happy to race on our course. The guys ran competitively on the second half. We ran a tough race, wanted to run well on our home course and try to post some good times,” said Werner. “It was a little warmer today but overall, I was pleased with the result.

“I’m looking forward to getting back to work and getting ready for our next home meet on Wednesday (against Souderton).”

Kolbe led the West girls with a winning time of 20:29, with teammate Maile McFadden racing to second in 20:49. The Bucks took the top three spots and five of the top seven.

Said Kolbe: “It’s a really good group. The team is great…I’d love to break 19 (minutes) and get to states this season. It would be a first but I’m going for it.”

The West boys were without pack leader Owen Donaher (illness) but expect him back soon. Ben Fuhrmeister led the West pack on Wednesday, crossing in 18:05.