OTD in 2012, Coatesville and Dtown East meet up for a classic of all classics 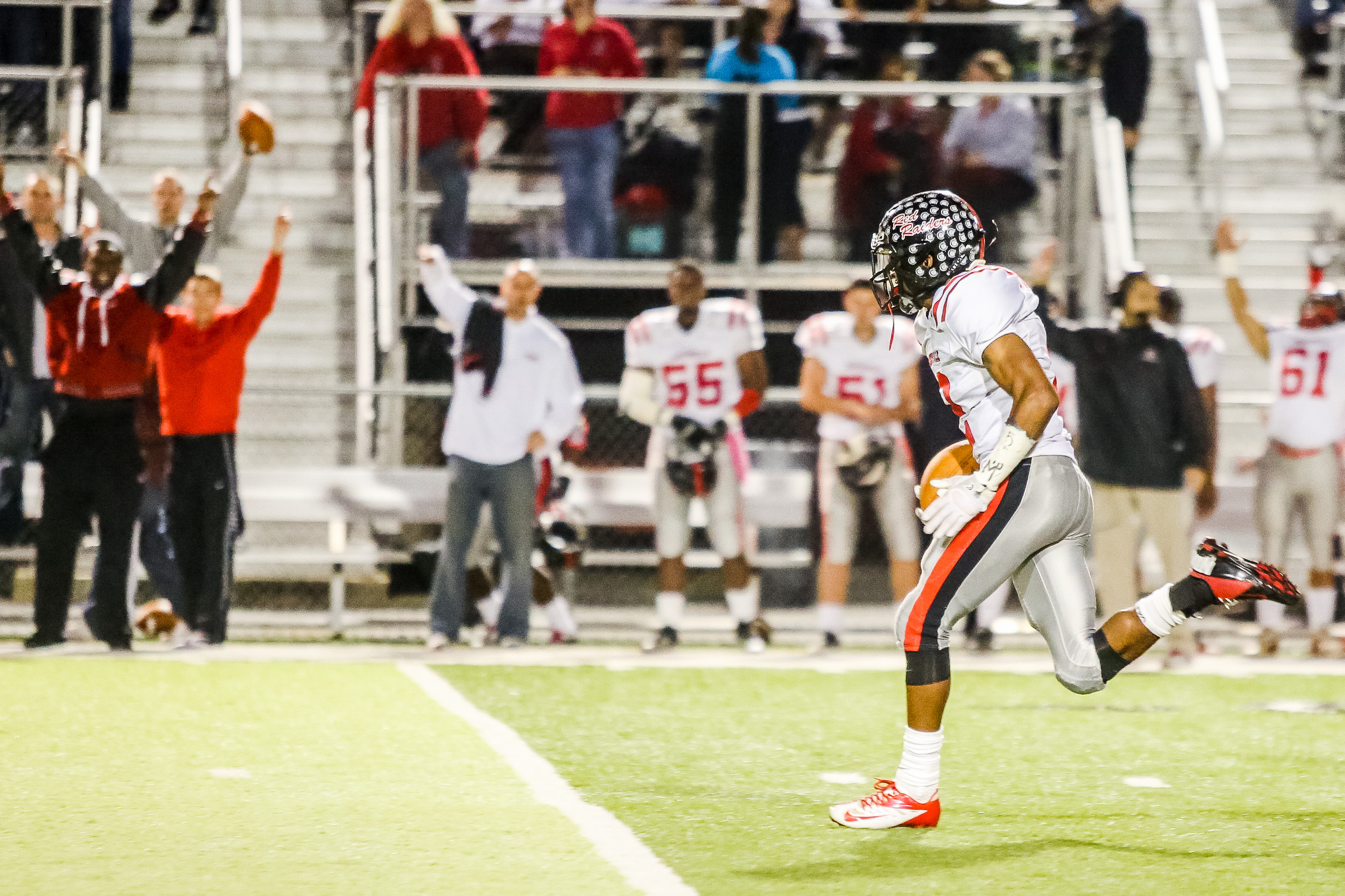 As we enter week four of the 2012 campaign, Coatesville is coming off a challenging non-league slate and bringing a 2-1 record to the biggest Ches-Mont National Division clash of the season: Downingtown East.

Of all the games the Red Raiders played a decade ago, this one, against the Cougars, is likely the most memorable.

This game had it all, from big leads to big comebacks to last-second drama, and the affects from those 48 minutes reverberated all the way into the playoffs, for both teams.

East had cruised to a 3-0 record in its non-league stretch, scoring 42 points each week, and after the first quarter against Coatesville, the Cougars were halfway to that mark already.

Kyle Lauletta, the future University of Richmond star and eventual NFLer, snuck in a touchdown run and threw two to Jay Harris and Chris Beals to put Coatesville in a three-TD hole early on.

For the first month of the season, Coatesville tried to establish the run, to no avail. The Raiders averaged under 100 rush yards per game thru the first three games and Daquan Worley had just 120 yards on 27 carries.

Against East, Coatesville averaged under three yards per carry for the second straight week, and being down 21 points gave them no other option. It was time to air it out.

Make no mistake, Coatesville had a vertical attack prior to the East game, but a lot was predicated off play action out of the I-formation. In a tight loss to Malvern Prep in week two and a last-minute win against Central Dauphin East the week prior, offensive coordinator, Nick Felus, began manipulating the slot position to gain mismatches.

Chris Jones had shined there with 12 receptions, five for TDs, the first three games, but in order to make the offense really hum, Coatesville needed more threats.

Felus and head coach Matt Ortega knew Dre Boggs was special, but they were still figuring out how to get the most out of him. In his first three games, Boggs had more carries (16) than receptions (seven).

Down 21-0, Coatesville lined Boggs up in the slot to the wide side and the speedster blew by the safety in man-to-man coverage and caught a 68-yard TD, untouched.

Lauletta put East back up 21 with a TD run, but Emmett Hunt connected with Jones twice for scores before the half to make it, 28-21, East.

Coatesville struck first in the third quarter, when Hunt found Boggs for a 28-yard TD against the same coverage he scored on in the first half.

Jones finished with six receptions for 107 yards, while Boggs hauled in six passes for 150 yards and two scores. Hunt went 16-for-23 for 290 yards and five TDs.

Late in the third, Jones grabbed his third TD reception of the night to give the Raiders the lead, but the extra point was missed, and Coatesville led, 34-28, heading into the fourth.

Coatesville’s defense tightened after a rough start, and the Cougars, led by Riley Angeline, ran for just 147 yards on 50 carries. But Lauletta was simply too great, finishing with 328 passing yards and accounting for all five scores.

With nine seconds left, on a fourth-and-six, Lauletta threw back across his body and connected with Harris for a 10-yard TD. The extra point clanked through and the Cougars won, 35-34.

An image-capture of Jay Harris’ game-winning touchdown from footage of the game.

As much as Downingtown fans will still tell you Bryn Boggs crossed the goal line in the 1994 state championship game, Coatesville fans will continue to deny that Harris secured the catch across the goal line, as he was pushed out of the end zone during the reception.

But what is not debatable is this game was the springboard for the rest of Coatesville’s season. Going toe-to-toe with the team many considered the best in District 1, to that point, opened some eyes, and how the Raiders got there — with their three or four receiver spread attack that tortured secondaries — was a revolution of sorts for a team that had wanted to pound the ball.

Next up was Unionville, and boy was that an unfortunate time to get Coatesville, especially on Homecoming.