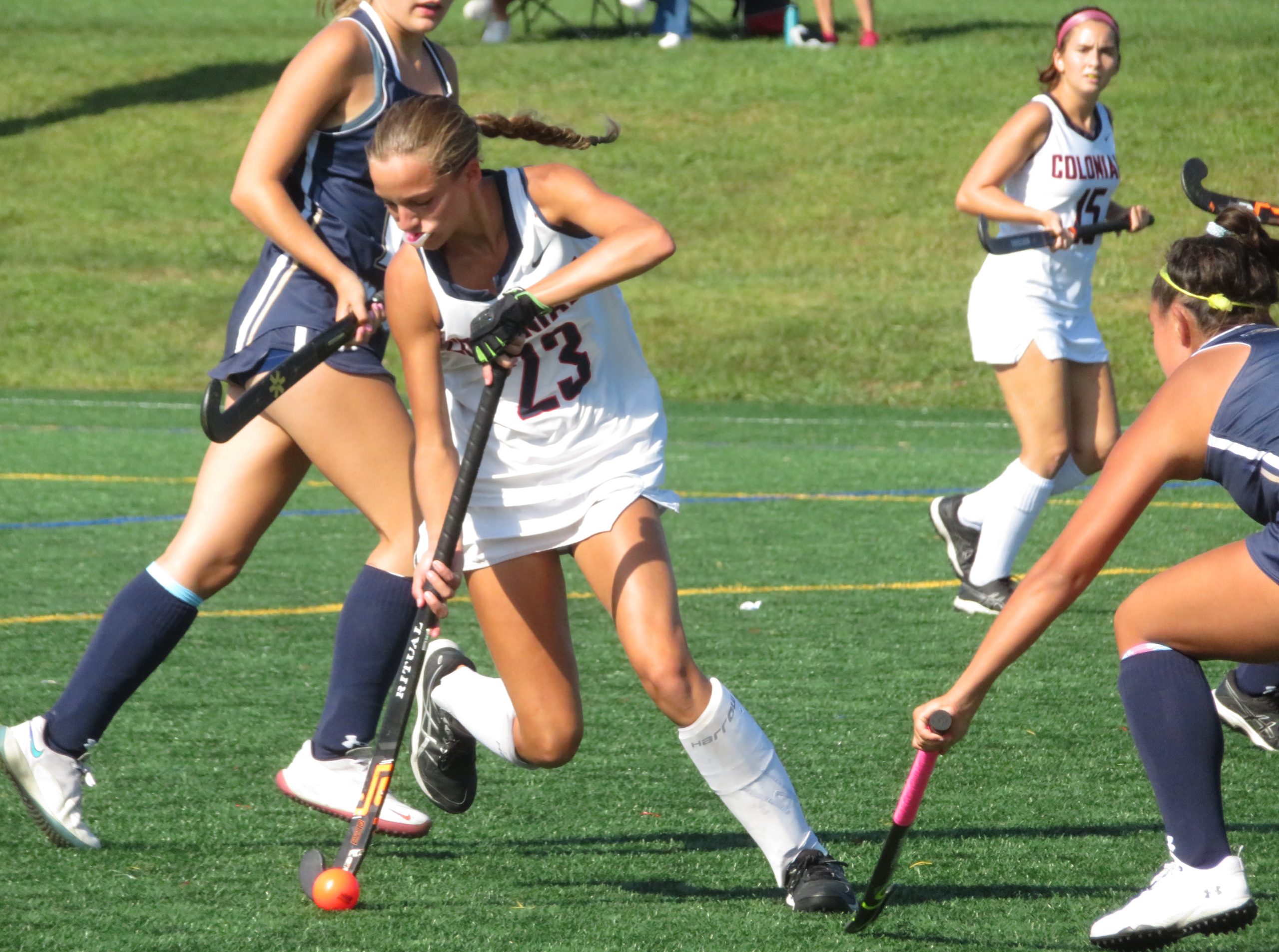 WHITEMARSH >> Emily Dobrowolski is only a few weeks in to her high school career, but she is already making a  big impact for Plymouth Whitemarsh.

The freshman midfielder scored both goals in a 2-0 win over Lower Moreland Wednesday at Plymouth Whitemarsh High School.

“Emily has been an amazing player on and off the field,” PW coach Jess Randazzo said. “She’s someone that everybody should look up to. She works hard at practice, at games she really plays with all of her heart and I can see her getting better each day.”

The game-winning goal came in the middle of the second quarter. Ella Catania sent a pass in front of the cage from the right side. The ball went all the way through to Dobrowolski, who was at the far-post and tapped it in.

She added an insurance goal with 8:12 remaining in the fourth. Dobrowolski inserted a penalty corner to Jules Tulio, who sent a reverse hit toward the goal. Ava Matthias re-directed the ball to the left, where Dobrowolski was waiting to put it into the cage.

“We had really good passing,” Dobrowolski said. “That was working really well.

“We’ve been working on (our passing) for the entire year and I think it’s really coming together now.”

The two goals were more than enough for a Plymouth Whitemarsh (5-5) team that played strong defense for 60 minutes. Rosalie Montemayor, Hadley Blake and Lindsay Baradziej led the backline that held Lower Moreland (5-4) five penalty corners and no shots on goal.

“That was the least amount of corners we’ve given up in a couple games,” Randazzo said. “That means good things for us, keeping it off our feet in the circle, specifically. I think we had some pretty good looks and some pretty good block outs. Our goalie played very strong today and I’m overall happy with our defense today.”

“We have really great defenders that were keeping the ball out of our circle,” Dobrowolski added.

The Lions also played strong defense for the full games. Outside of the two goals, they allowed just three shots on goal and five penalty corners. Goalie Sarah Rosala turned those shots away while defender Jess Shein helped keep the ball out of harm’s way.

Both teams are back in action Friday. Lower Moreland travels to Abington and Plymouth Whitemarsh visits Springfield Montco.