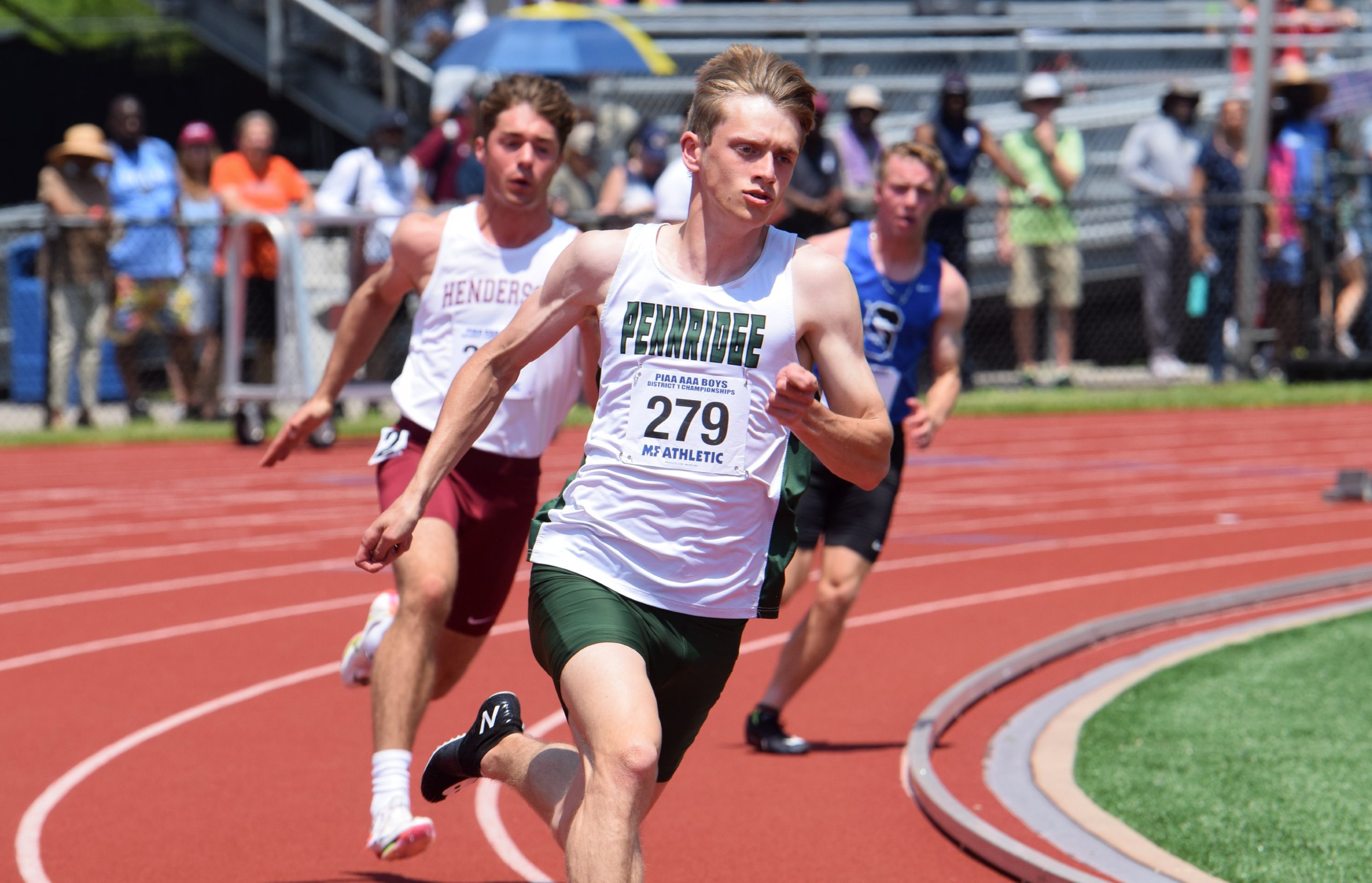 Pennridge's Joey Gant, center, competes in the 3A boys' 400 meters during the District 1 Track and Field Championships at Coatesville. (Austin Hertzog/MediaNews Group)

The PIAA medal stand was awfully crowded with area standouts in 2022.

Jaden Brown captured the district gold in the 100 dash while Luke Coleman continued to excel in the 400 over at Abington.

Carter Fitzgerald of Central Bucks West surged to second in the state in the 800 while Brian DiCola captured a bronze medal in the 3,200 out at Shippensburg.

Souderton’s Dekai Averett dominated the 110 hurdles all season and raced to silver-medal honors at PIAA’s.

The North Penn 4×1, CB West 4×4 and La Salle 4×8 relays all battled to state medals this spring in stacked events.

Jabrie Gaymon showed off his versatility for North Penn with continued success in the triple jump while Austin Hurrell enjoyed a fantastic senior season for Hatboro-Horsham in the long jump.

Carter Arnaiz added to Pennridge’s proud tradition in the field with a stellar season in the high jump while J.P. Tomlinson cleared 13 feet in the pole vault for Central Bucks West.