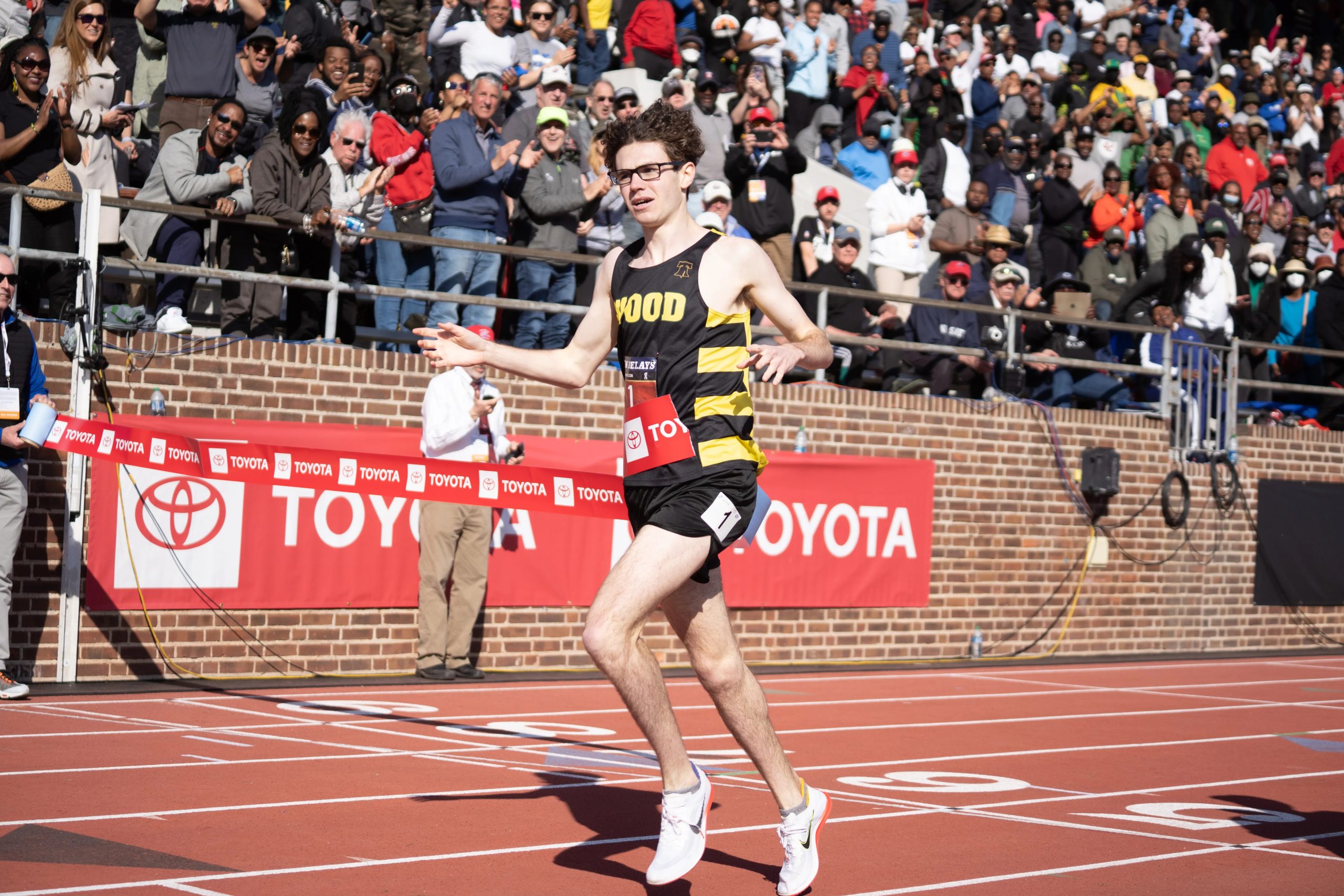 Gary Martin became the first high school runner from Pennsylvania to run a four-minute mile this past spring and he went on to capture the 1,600 title at New Balance Nationals to cap off his high school career.

Amazingly, his best may still be ahead.

“I think he has a big upside,” said Vikings coach Paul Streleckis. “He’s never been real high mileage so there’s still a lot of development that could go on there. He just gained a whole lot of confidence this past year too. He’s always been fearless but now he knows how to win. He’s fearless and now that’s connected with the tactical part of how to win races.”

Selected as The Reporter/Times Herald/Montco Media Athlete of the Year for Boys Track and Field, Martin’s season of bold conquest ended in record-setting fashion.

Gary Martin of Archbishop Wood , seen at the Penn Relays last month, broke four minutes in the mile at the PCL Championships on Saturday, May 14, 2022. (Mikey Reeves/For MediaNews Group)

As a senior at Wood, Martin ran a national-best 3:57.98 at the Philadelphia Catholic League Championships, becoming only the 14th high schooler to break the four-minute mile.

“I’ve always been a Jim Ryun fan and he broke Jim Ryun’s record for the fastest mile ever in a high school-only race,” Streleckis said of the former Olympian, “so that’s a historic high point.

“The way (Gary) conducted himself all season. He’s been a true representation of high school track and field.”

“I did not have any 800 state titles so I wanted to come back here and prove I could do that as well,” he said. “I thought I would go out in 53 or 54 seconds — I was prepared for that. The fact I went out in 56 or 57 seconds actually benefited me. I was able to use my mile strength to close hard.”

Said Martin of the season: “I think I have more confidence in myself, and I think that’s a combination of my results being really good this season, being confident where my fitness is at. And I think I’m a different runner mentally — I’ve worked on my mindset a lot. I’m a lot stronger mentally.”

“We knew with another year of development, that (four minutes) was certainly a goal for the past year,” said Streleckis. “He’s been a team person so he has helped our relays. Indoors, we got Third-Team All-State, so he helped three other guys become all-state. And he helped guys get to states in the 4×8 relay this spring.

Gary Martin of Archbishop Wood set a record in the mile run at the Penn Relays. (Mikey Reeves/For MediaNews Group)

As a freshman, Martin made districts…in the 400.

Soon after, he would be embarking on what turned out to be possibly the finest high school career a distance runner ever enjoyed.

“He won the national championship in the mile in front of his home crowd,” Streleckis said of his big finish at Franklin Field, “so you can’t really ask for more than that.”