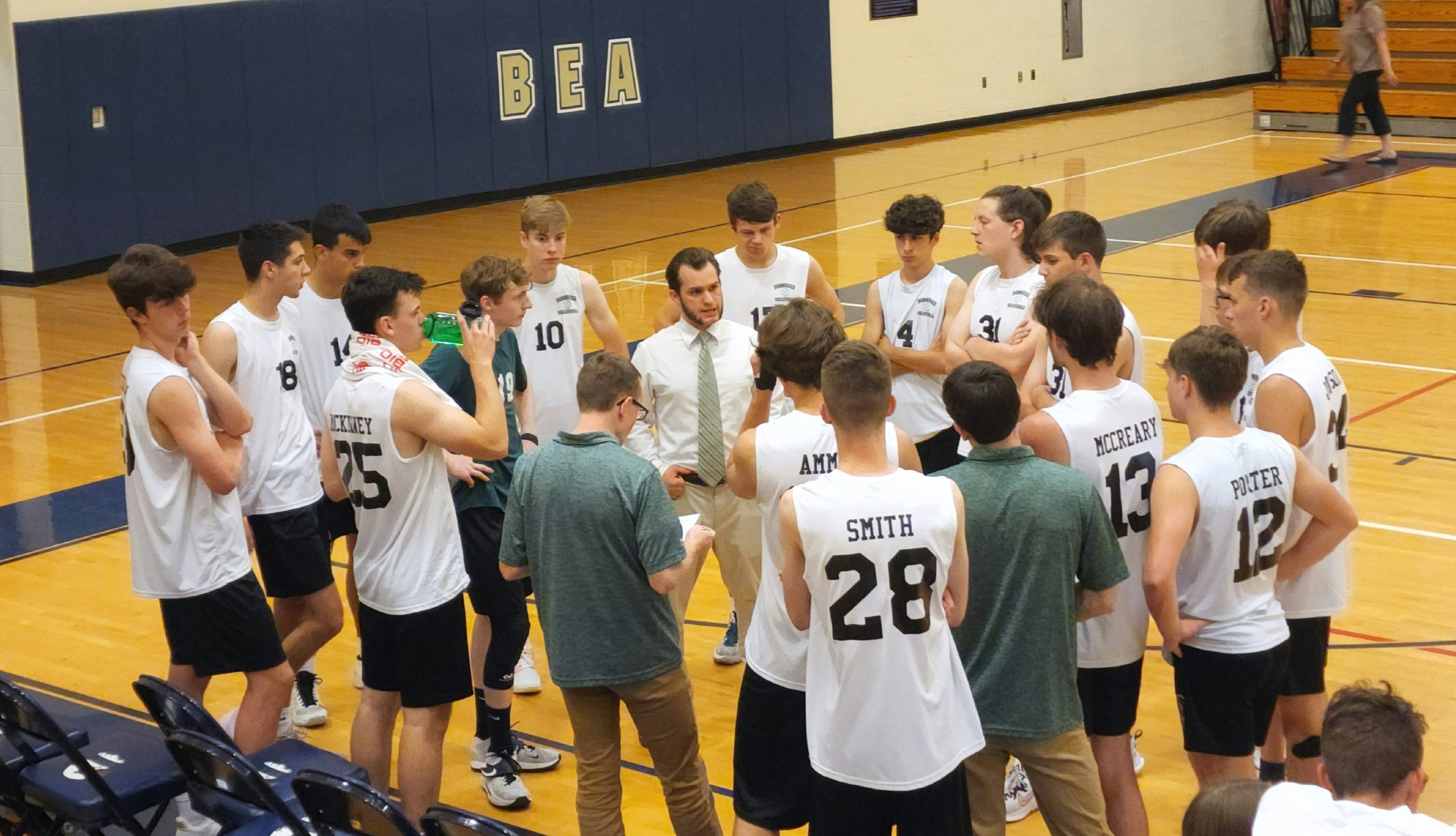 BELLEFONTE >> Pennridge knew it had its hands full with state powerhouse North Allegheny in the PIAA-3A state semifinals Tuesday evening.

The Rams scored three straight points, two of which being a Thomas McKinney ace and a Jude Rotondo kill, to tie the game at 19. The teams alternated points to 21-21 before North Allegheny scored two straight. Pennridge answered with two of its own for a 23-23 tie, but the Tigers won the next two points for a 1-0 lead, 25-23.

North Allegheny’s 22nd, 23rd and 24th points in the first set came on Pennridge mistakes – a ball hit into the net, a missed dig and a fault.

“Tonight (unforced errors) were a problem,” Pennridge coach Dave Childs said. “We went through spurts in both games – in the first one, yeah, but then big spurts in the next two where we didn’t get the ball past their blockers for four or five points and gave them that little lead there and they closed it out.”

“There was five or six points where we put a free ball over,” Childs said. “Otherwise, we didn’t hit the ball on their side and make them play. You can’t do that, can’t give them free points. They’re too good even when you’re hitting the ball at them.”

NA scored eight straight points when the set was tied at 16 to take full control.

“A couple big points that they got kind of swept the momentum in their direction,” Rotondo said, “and that’s what gave it to them.”

North Allegheny jumped out to a 4-0 lead in the third set. Pennridge got within one twice, 4-3 and 5-4, but never came all the way back to even the score. The Tigers rattled off five straight points to extend a 12-10 lead to 17-10. They traded points the rest of the way to punch their ticket to the state finals with a 25-17 third-set win.

Riley Kodidek set the offense with 27 assists and Alex Derk led the defense with seven digs.

This was Pennridge’s fourth time reaching the state semifinals and first time since 2016. Despite the loss, it was a strong year for the Rams. In addition to the state final four appearance, they won the Suburban One League American Conference, finished second in District 1 and posted a 19-3 record.

“It hurts now,” Childs said, “but you look at it – you’re one of the final four teams standing. Absolutely (a good year).”

“I look at (the season) as great,” Rotondo, a sophomore, said. “This was my first year playing here and I thought we were going to go far, but I didn’t expect to go this far. It was great to get this far. It was just wonderful to play with all of them.”