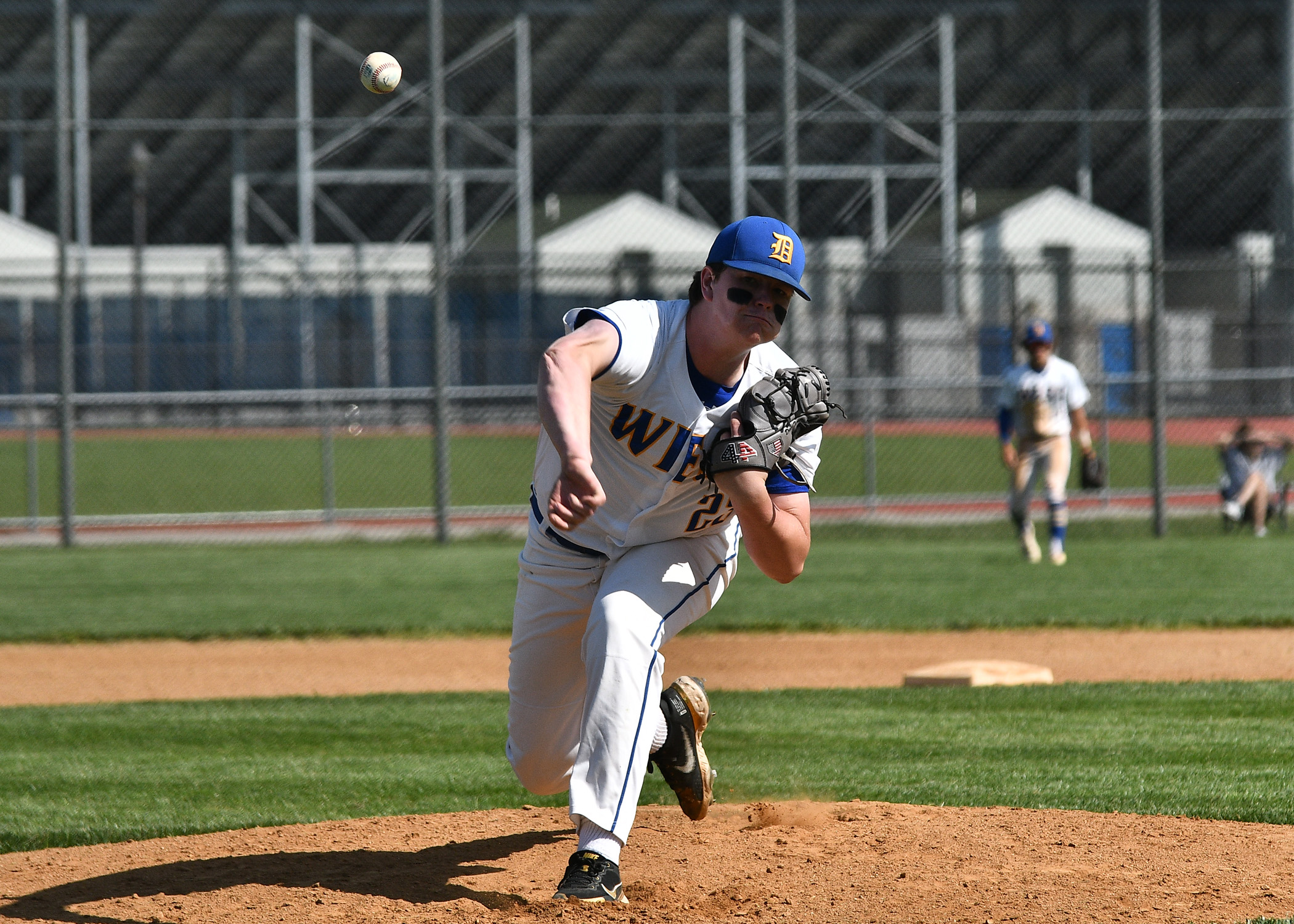 “All my pitches were working well today especially the fastball,” Turner said. “I was able to set up my breaking and off speed stuff with my fastball, which I was able to control high in the zone. And when we got those four runs, I was able to relax because pitching with a lead is always easier. This was a great team win for us. They beat us twice last year and once this season, so this win is a little extra special.”

Downingtown West (11-7, Ches-Mont, 11-7 overall) helped its sophomore hurler by scoring four runs in the first inning on just two hits off Cougars starter Alex Lehman, who did not record an out before being relieved by Luc Rising to finish off the inning.

The Whippets started things in the first with Jake Kucera working a walk. Quinn Henicle then singled to right field, sending Kucera to third base and Henicle reaching second. Lehman then loaded the bases by hitting Josh Morse with a pitch.

Cooper Young then walked to force in a run and the Whippets had a 1-0 lead. Greyson Kovatch then reached base on a cacther’s interference call and it was  2-0 West.

Lehman went to a 2-0 count on Mike Jaszcak before Cougars coach Pete Susi went to Rising to try to stop the carnage. But, Jaszczak singled in a run and Jack Benis drove in another run on a fielder’s choice and the Whippets had a big 4-0 advantage after one inning.

Downingtown East did not have a hit until James Lambe doubled in the top of the third. Lambe would score whne Andrew Dewese struck out, but reached first when the ball bounded away from  catcher Jay Slater to cut the lead to 4-1.

That would be all the scoring as Turner and Rising kept putting up zeroes on the scoreboard. The Cougars (10-8,11-8) got a two-out single from Jamey Jenkins in the fifth, but Turner struck out Dewese to end the mini threat.

That would be it for the East offense as Turner retired the last six batters in a row, including four strikeouts as he seemed to get stronger as the game went on and Downingtown West had a very big rivalry win.

“Drew was really good for us today,” West coach Scott Rambo said. “Our plan coming into the game was to use multiple guys, but Drew was really good. His fastball was very good and it allowed him to set up his other pitches. He was able to throw his off speed pitches for strikes. He was in total control out there today.”