Mercury All-Area: Switch to golf for Spring-Ford’s Fazio pays off 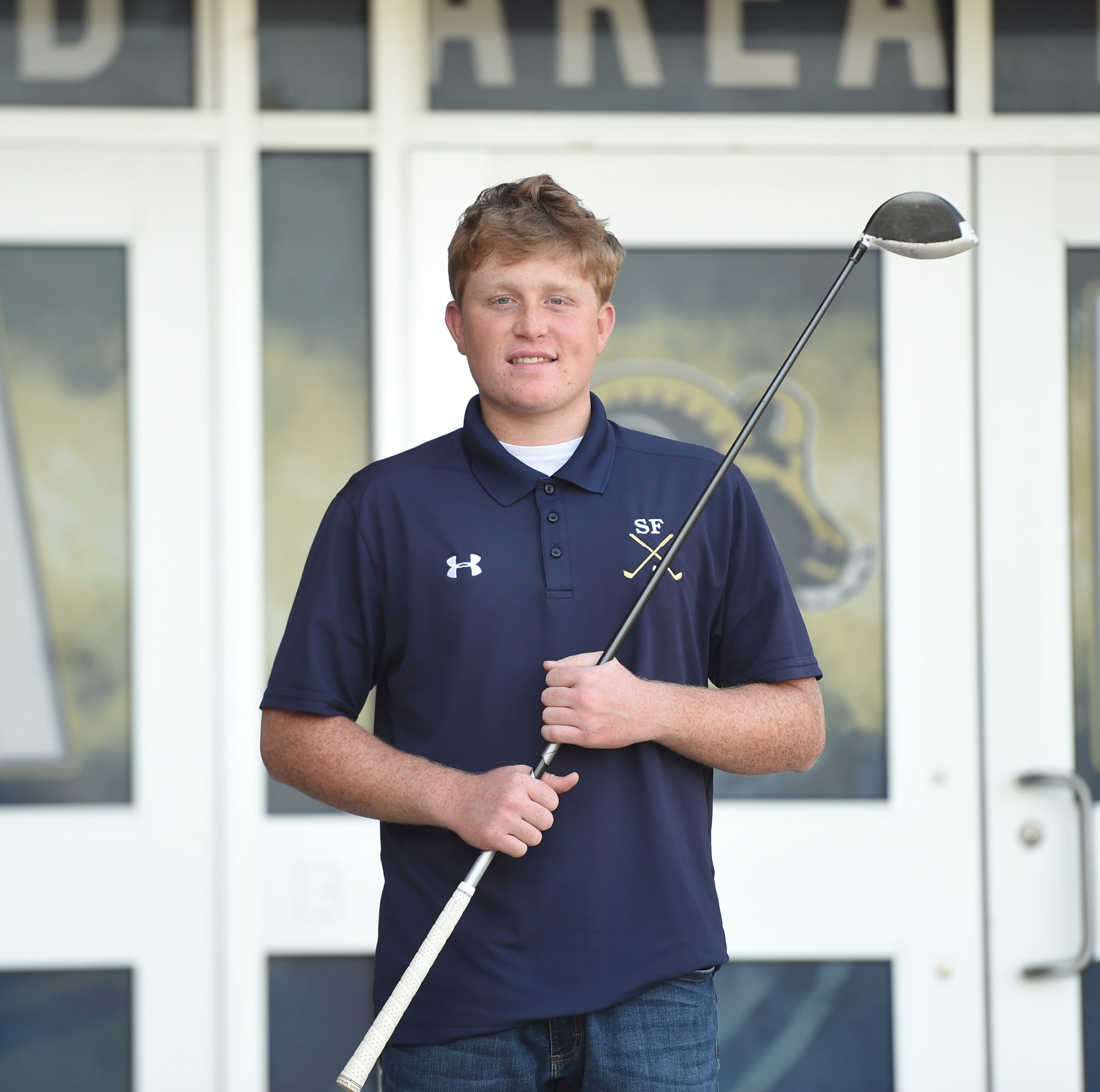 Luke Fazio remembers playing on the Par-3 course with his father Michel Fazio at Waltz Golf Farm in Limerick at a very young age.

His interest in golf didn’t last, however, as Fazio instead chose to spend his spring and summers out on the baseball diamond catching behind the plate.

When a knee injury sidelined him early in his high school career, Fazio — a junior at Spring-Ford — decided to give golf another go. Now, there’s rarely a day when he’s not on the course.

“It was like, ‘OK, I can’t catch. Baseball’s not really my thing anymore,’” Fazio said. “I picked up golf again and really just played that every single day.”

The switch in sports paid off this season as Fazio put together a 2021 campaign worthy of the Mercury All-Area Boys Golfer of the Year.

He won the Pioneer Athletic Conference’s league championship, helped the Rams go unbeaten in league play and win a team title, advanced past the first day of districts for the first time in his career and made his debut at states.

“Having him as a freshman and seeing his progression is unbelievable,” said Spring-Ford first-year coach Jerry Hollingsworth, who coached Fazio on the JV team in 2019. “I wasn’t there to see the change, but I know before he would let a bad hole bother him and he wasn’t as focused.

“When he’s not golfing, he’s as silly as can be. But when he has that club in his hands, there’s no one more focused. I don’t know when that happened, but that’s something that happened and that mental part kicked in and I think that’s what’s made him a better golfer. Because on this team, there’s eight kids who can hit the ball almost as well as he can, but he scores.”

After spending his freshman year on the Spring-Ford junior varsity squad, Fazio made varsity as a sophomore in 2020.

He finished 11th at the PAC Championships at Gilbertsville in 2020 with an 80 — 11 shots off the top score.

Fazio made the cut for districts as a sophomore, shooting an 82 on the first day of the tournament at Turtle Creek — three shots off the Day 2 cut line of 79.

It was a different story for the junior in 2021 as he improved his finishes at both postseason events.

“The biggest jump was probably distance,” Fazio said. “My irons got better. Everything in my game got better, significantly from sophomore year. Nobody’s ever worked on my swing. It’s just me and playing year round, practicing at the range everyday.”

”I play every single day. After school, I just went right to the course,” he added. “The baseball swing, some people say it doesn’t help. I think it helps a lot.”

Fazio shot a two-over 73 at this year’s PAC Championships to edge Rams teammate Jon Seifarth by a stroke for his first league title.

The two spent most of the summer along with the rest of their Rams teammates playing at Spring-Ford Country Club every day to hone their games.

The Rams’ chemistry and internal competition developed during those summer practice rounds carried into the season when they went 10-0 in PAC match play before wins over Perkiomen Valley (180-195) and Owen J. Roberts (190-191) for the school’s first team title since 2017.

“Every one on the team was my closest friends,” Fazio said. “I’ve never played on a team that had more chemistry and everything. Before every single match, we all knew if one person played bad another person would pick us up. That’s why we were able to go undefeated.”

The PAC team title came a day after Fazio finished his second experience at the District 1 tournament.

As the league’s individual champion, Fazio played the first round of competition with other top seeds in District 1, including the tournament’s eventual champion and runner-up — Holy Ghost Prep’s Calen Sanderson and Downingtown West’s Nick Gross, respectively.

He scored a four-over 76 on the first day of the District 1 tournament at Turtle Creek to advance to the second day of competition for the first time.

“A big advantage for Luke is playing in these tournaments against the better players week in and week out,” Hollingsworth said. “He develops habits and doesn’t get nervous. … Playing against that talent, you just get used to it. And the confidence he had the first day going in, he was the No. 1 seed so he played against all one seeds in District 1, and he was the same player.”

Fazio noted there were some rough moments on the first day of districts, but he didn’t let the mistakes pile up, something both he and Hollingsworth explained wasn’t always the case early as a freshman on the JV team two years ago.

He followed with a one-over 73 to finish five strokes over par (149) for the tournament, placing him 16th and earning a spot in the PIAA field. A par save on 18 helped him clinch his first trips to states — the first by a Ram since Axel Kalbach in 2018.

“Definitely being there the year before, so I knew what to expect,” Fazio said of his success at districts. “Also, winning the PAC really helped me a lot because I played with three really good golfers. … Playing with those guys really helped me get through the round.”

In his first trip to states, Fazio finished tied for 44th in the 72-player field with a 10-over 81 at Heritage Hills Golf Resort in York.

“It was cool,” Fazio said. “I’ve never been in a tournament like that before. There’s not one player in the whole field that was bad. Every single player was good.”

Fazio planned on playing in a few tournaments after the high school season to build off his impressive junior campaign. He said his plan is to play in tournaments almost every weekend this summer to prep for an even bigger senior season.

“I definitely just want to be even lower than I was this year,” Fazio said. “I’m going to continue to play through the offseason, and then when the course opens back up I’ll be there every day just getting ready for the season.”