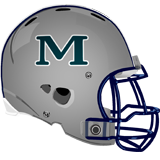 MALVERN >> Kevin Pellegrini’s known Carl Nassib since he was a teenager in middle school. But he first learned about his secret the day everyone else did – on June 21, when Nassib made the historic Instagram announcement from his West Chester backyard.

Looking into his smartphone, the defensive end for the Las Vegas Raiders matter-of-factly became the first active NFL player to come out as gay. It’s something that was unthinkable just a few years ago.

“I just wanted to take a quick moment to say that I’m gay,” Nassib said. “I’ve been meaning to do this for a while now, but I finally feel comfortable enough to get it off my chest.”

The former Malvern Prep and Penn State standout is getting ready for his sixth season as a professional. He later stated in a written message that he “agonized over this moment for the last 15 years.” He is now 28, so that means that Nassib understood who he was even before he arrived as a freshman at Malvern Prep.

“I remember Carl as a great kid,” Pellegrini said. “He worked hard in the classroom and on the football field.”

The son of legendary Malvern Prep football coach Gamp Pellegrini, Kevin was an assistant on his dad’s staff in 2007 when Nassib was a freshman and best known back then as the younger brother of quarterback Ryan Nassib. He went on to play at Syracuse and with the NFL’s New York Giants.

Ryan and Carl’s father, Gil, played football at the University of Delaware. Their mother, Mary, was a volleyball player at Villanova.

“There were expectations for Carl because he grew up in a family that had athletic success,” Pellegrini said.

“Ryan already set the table for him, so that made it easier in high school. He already knew people. But on the other hand, there is also pressure to live up to those expectations.”

Two years older, Ryan was pretty big for a quarterback. But Carl was much bigger, so he was a two-way lineman for the Friars, and wound up earning three varsity letters in addition to multiple letters in both basketball and track.

“He was very coachable,” Pellegrini recalled. “He wasn’t a real talkative kid on the field, he just did what he was coached to do.”

Midway through Nassib’s high school career, Gamp Pellegrini retired from coaching and Kevin took over as head coach for the 2009 season. Malvern Prep went 14-8 in his junior and senior years with Carl as a star on offense (tackle) and defense (end).

“We still keep in touch here and there with texts,” said Kevin Pellegrini, who spent a total of 20 seasons at Malvern Prep, with 2013 as his last. “I sent a supportive text the day after (the announcement) and Carl got back to me with a thank you.”

Attempts to contact Nassib we’re unsuccessful. A spokesperson said that the Nassib family is not granting interviews right now.

At Penn State, Nassib appeared in 36 games at defensive end, and he set the PSU single season record for sacks with 15.5 in 2015. He became the 13th consensus All-American in program history and also won the Lombardi and Hendricks awards as college football’s top defensive lineman and end, respectively.

He was also a multiple-year Academic All-Big Ten honoree, earned a degree in biology and had plans to go to medical school until playing professional football took center stage.

Now 6-foot-7, 275-pounds, Nassib was drafted by Cleveland in 2016 in the third round (65th overall). He played two seasons for the Browns and two for the Tampa Bay Buccaneers before joining the Raiders in 2020. He has 20.5 sacks in 73 career NFL games.

“And he did it in the classroom. He was on his way toward being a doctor. So he knows how to strive for something.”

According to Pellegrini, it’s all prepared him to take on his new role as a societal trailblazer. Nassib acknowledged that he didn’t make the announcement for the attention, but he did it because he felt “representation and visibility are so important.”

“In today’s world, I thought ‘good for him,’” Pellegrini said. “I think that if he can help anybody, young or old, realize that there are people out there that will support them, then this is all a big positive way to go about it.

“As Carl’s matured, it was something that was bothering him and he knew it was something he needed to conquer. By saying ‘I know I can help others and myself’ he took on the role of a trailblazer.”

Following the announcement, a flood of support came from all over, including President Joe Biden and Penn State coach James Franklin, along with pro football heavyweights like NFL Commissioner Roger Goodell and DeMaurice Smith, executive director of the NFL Players Association.

“It was absolutely a brave thing to do,” Pellegrini said. “You have to have some fortitude and some courage, and Carl marches to the beat of his own drum. You need some inter-strength to do some of the things he’s already done, and to take this step is an attempt to help others.”

Malvern Prep sent out a press release expressing pride, positivity, love and support for his decision. It ended by saying: ‘Thank you Carl, for being true to yourself.’

“He was never a showboat-type player,” Pellegrini added. “He just happened to be in a position where he could step up and help.”

“I don’t think Carl expected that, but he isn’t looking for that type of thing,” Pellegrini said. “We are just at a time where people do not have to hide anymore.”

More than a dozen NFL players have come out as gay after their careers were over. But Nassib is the first to do so while still playing. Nobody knows how he will be treated by fans and fellow competitors once the season starts, but Pellegrini isn’t worried.

“I would hope we are at a stage in our country that the other players will just play and fans will judge him by the way he plays,” he said. “Humans are human, so if some type of evilness rears its face Carl will be alright.

“He is a big boy and I know there will be support from his teammates, family, friends and a lot of people that have never met him.”