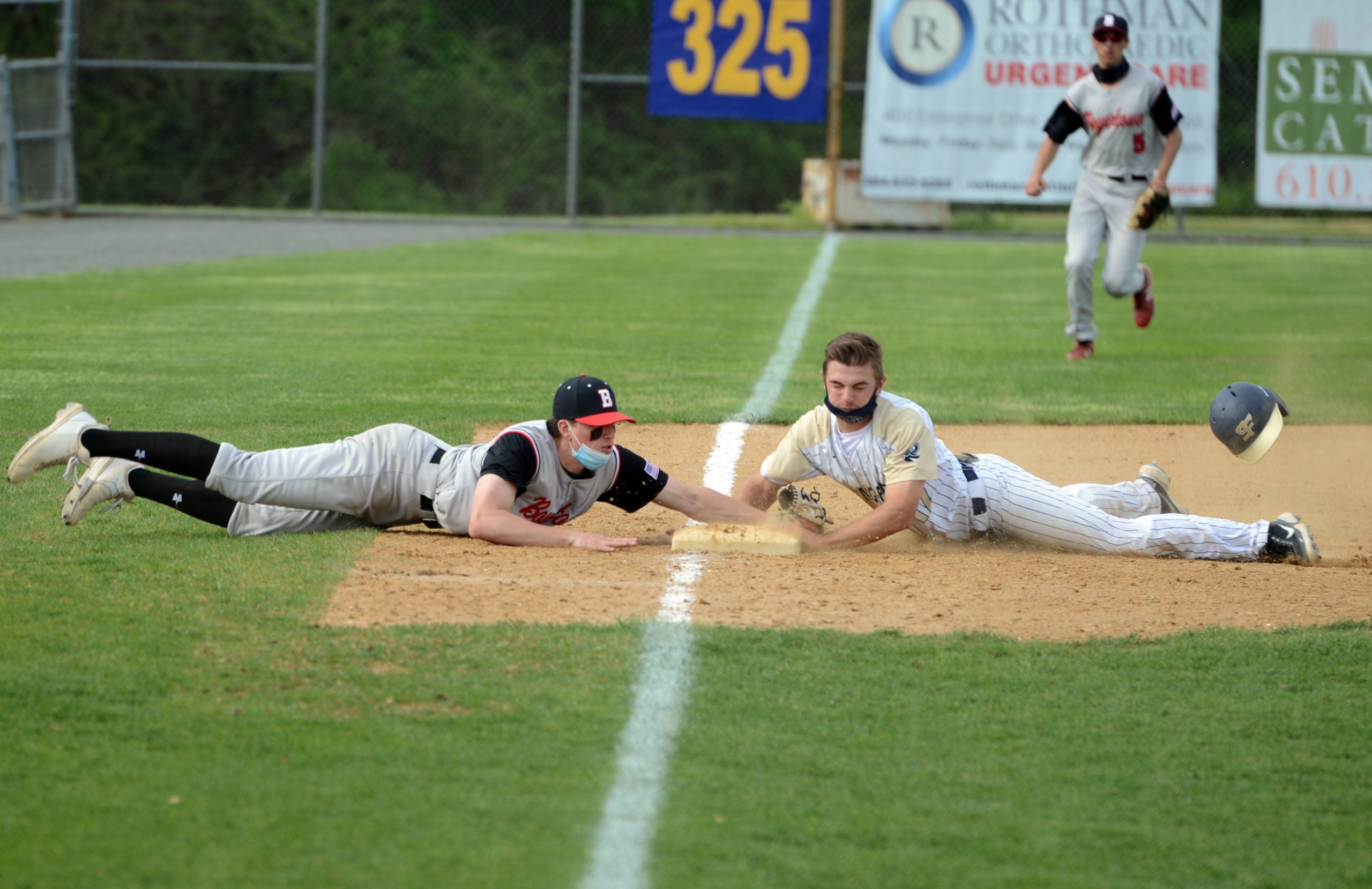 ROYERSFORD >> The dominance of the Spring-Ford baseball team the past three weeks is hard to put into words.

It’s an apt metaphor for a Rams’ squad that no one has been close to derailing as of late.

Spring-Ford continued its roll through the Pioneer Athletic Conference with a 10-0 six-inning victory over Boyertown on Tuesday.

The win was the Rams’ seventh straight Mercy Rule victory since their lone loss to Phoenixville on April 16. Spring-Ford (7-0 Liberty, 10-1 PAC) has outscored opponents 104-7 during that stretch.

“Everyone’s just rolling,” said Rams junior shortstop and leadoff man Griffin Straface. “The Rams are just hot. We’re going to keep on going. … Confidence is up right now for the whole team. I feel like we can be the best team out there. We have a good chance to go far this year.” Senior outfielder Dylan Ducharme finished 3-for-4, drove in a pair of runs and scored two others against Boyertown (4-3 Liberty, 8-3 PAC). Straface went 2-for-4 with a double and three RBI and made a couple of impressive defensive plays behind Cunningham.

Cunningham allowed five hits and struck out four in a complete game shutout. He came out of the bullpen to close the Rams’ 3-2 win over Boyertown (4-3 Liberty, 8-3 PAC) on April 12.

““I was just rolling,” Cunningham said. “I felt good when I was throwing when I warmed up.”

Mid 6th: Michael Cunningham allows a pair of hits (bunt and a bloop) but gets a K to end inning and keep Bears scoreless. 9-0 SF pic.twitter.com/UxnLXp6Q0P

The matchup to watch heading into the contest was the Rams’ potent offense — averaging nearly 15 runs per game in their last seven — versus the powerful pitching arm of Bears’ starter Trey Yesavage, an East Carolina recruit who’s reached as high as 96 miles per hour with his fastball this spring.

Spring-Ford’s offense had the upperhand Tuesday, chasing the righthander Yesavage (3 IP, 4 H, 5 R, 3 ER) out of the game during a six-run fourth inning that put the Rams up 8-0.

“Just try to get the bat on the ball, just try to work the count, just get on base,” Straface said of Spring-Ford’s approach at the plate. “That’s pretty much it.” In total, the Rams tallied eight hits and also swiped six bags, including two for Ducharme.

“We can’t always rely on the long ball,” Spring-Ford coach Rick Harrison said. “We still need to find ways to manufacture and put pressure. I feel like we have a lot of different weapons offensively whether we hit the ball well or we run the bases well.”

“We didn’t hold runners on, we didn’t have an offspeed pitch, and our catcher got beat up back there,” Boyertown coach Todd Moyer said. “We gotta do better than that. … It’s alright. You throw a clunker out there and now we move on.”

“We did a lot of bad things collectively today. It wasn’t just one guy.”

Spring-Ford jumped into the driver’s seat of the PAC last week when Phoenixville lost its second game of the season.

With five PAC games remaining, the Rams have a game up on the Phantoms (6-1 Frontier, 9-2 PAC) in the loss column and two games up on the Bears . Five straight victories would earn Spring-Ford its first league championship since 2017.

“Keep hitting, keep throwing strikes,” Straface said. “The defense is great, keep the defense up, and I think we’ll be good.”

NOTES >> Aydan McNelly drove in a pair of runs for Spring-Ford, including an RBI single with two outs in the first for the Rams’ first run of the game. Jack Kisela doubled. … Ryan Maloney went 2-for-2 for Boyertown.