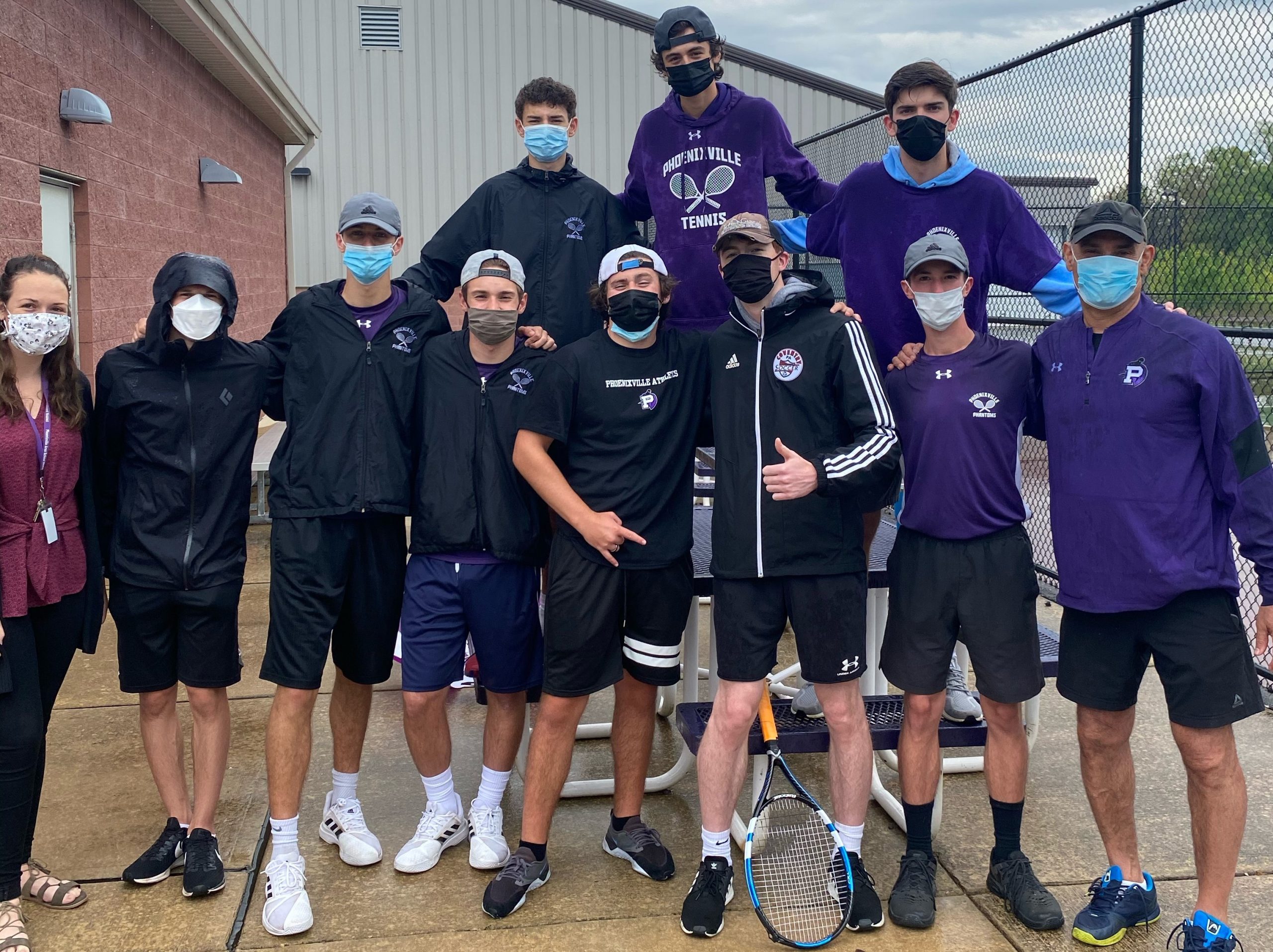 The Phoenixville boys tennis team clinched the PAC team title Monday after a win over Norristown.

The 11-0 league finish completes the Phantoms’ league-best 25th team title and first outright crown since 2012. Phoenixville shared the title with Methacton and Spring-Ford in 2018.

Only two matches were contested against undermanned Norristown. Josh Starczewski and Nico Rambla were straight-set winners at Nos. 1 and 2 singles, respectively, while all other matches were forfeits in favor of the Phantoms.

The Phantoms did not drop a doubles match all regular season.

Highlights: Seniors Sam Nice and Riley Milligan hat tricks and Jack Scaliti had two goals and two assists as Perkiomen Valley improved to 9-0 in the PAC, a win away from winning its first conference championship.

PV can clinch Wednesday at home when it hosts Interboro.

Highlights: Luke Heimbach (5 goals, 3 assists) and Aidan McFalls (4 goals, 4 assists) each had a hand in eight goals in the Bears’ takedown of the Falcons.

Justin Wescoat had five goals and an assist to carry Pottsgrove.