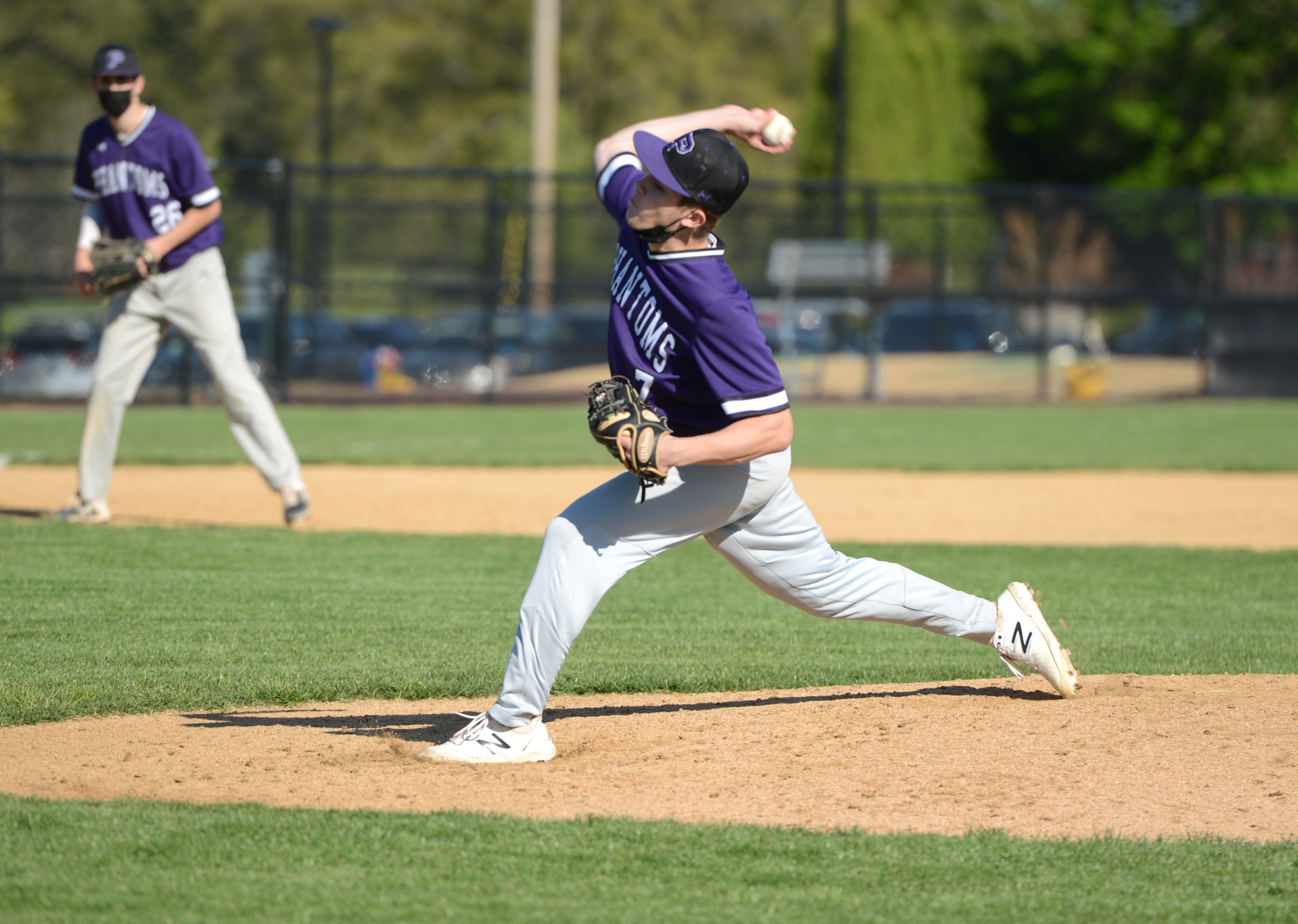 It was the Phantoms’ fifth shutout of the season.

Upper Perkiomen 17, Pottstown 2 >> Nathan Reinhart and Devlin Kranich had three hits each and combined for 7 RBI in UP’s 3-inning win over Pottstown Monday.

Upper Perk, which scored 10 runs in the second inning, got a 2-for-2, 2-RBI day from Michael Sharadin. Evan Shade got the win, allowing two runs and two his.

Owen J. Roberts 6, Methacton 1 >> Jarred Berish and Dean Mihos combined on a three-hitter to lead the Wildcats to a PAC Liberty win.

Starter Berish allowed one run on one hit in five innings with eight strikeouts while Mihos scored a two-inning save, striking out two with two hits.

OJR took a 2-0 lead in the third on a Sam Morris sac fly and Sabatino RBI single then sealed the game with a four-run sixth inning.

Rinda drove in a pair of runs, and J.R. McMenamin and Nick Freese had two-hit days for Pottsgrove.

Daniel Boone 6, Reading 3 >> Zach Sherzer had a 4-for-4 day, including a pair of doubles and two RBI.