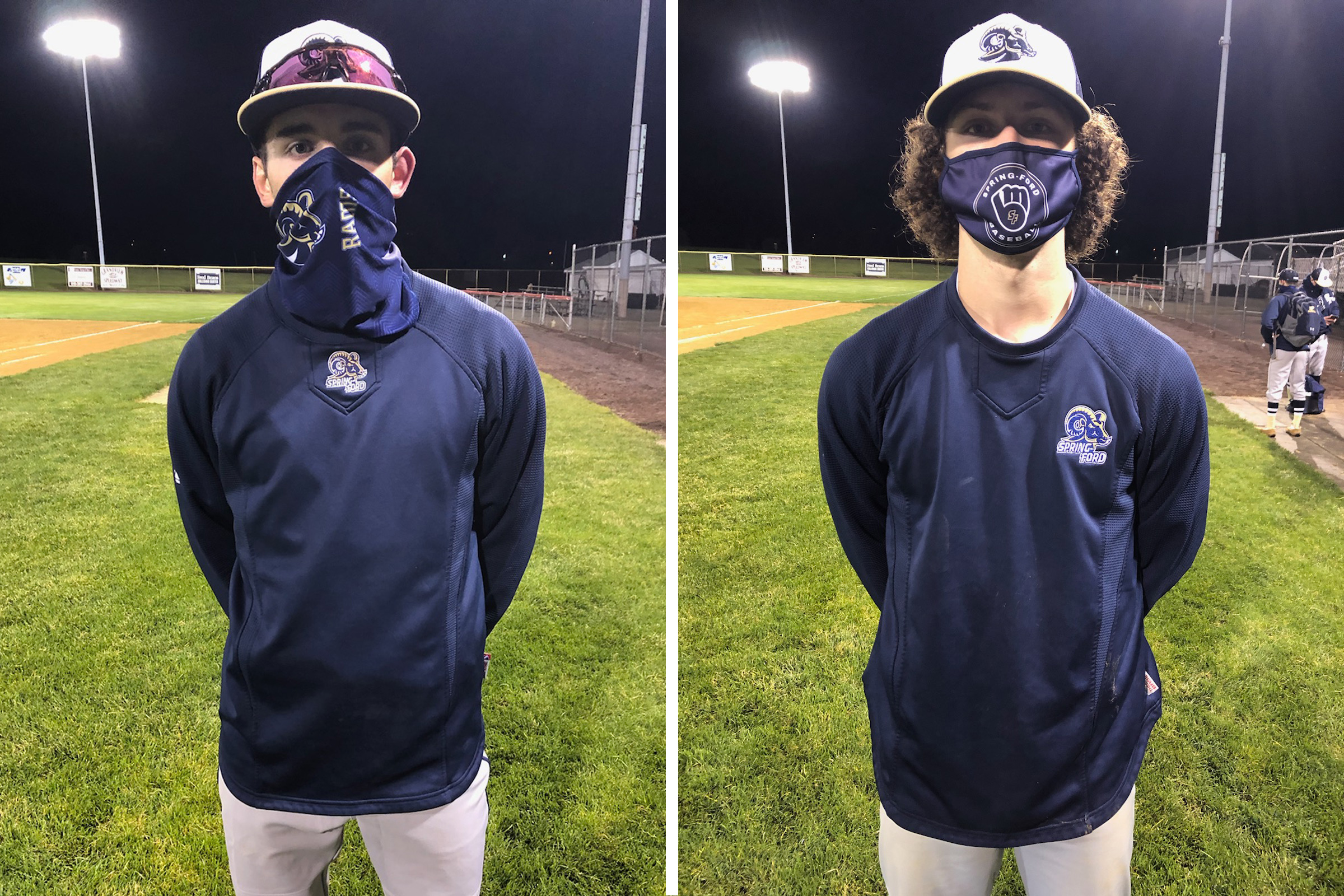 But Michael Cunningham proved a calming influence at a most critical juncture of this Pioneer Athletic Conference meeting of perennial Liberty Division powers, closing out the Rams’ 3-2 win.

After being stymied by Jack Kisela for 5-1/3 innings of their season opener, the Bears managed to get Spring-Ford’s early 3-0 lead down to a single run (3-2) in the bottom of the sixth. The home team, which broke up Kisela’s no-hit bid with three successive hits, got the tying run to third in the seventh.

Cunningham’s 1-2/3 innings of no-hit relief, however, secured Spring-Ford’s 3-2 Liberty victory at Bear Stadium. It salvaged Kisela’s … one that saw the senior make his team’s early offensive output loom large enough to secure its second victory of the young season.

Not to mention earning Cunningham the prospect of a dinner from his classmate.

“He earned it,” Kisela said after stopping Boyertown on just a pair of walks into the sixth. He racked up eight strikeouts, six of them in the first three innings, and flirted with a perfect game prior to Alex Deforge drawing a full-count walk with two away in the third.

Boyertown, back in action after its prolonged, COVID-19 impacted hiatus — 690 days, by the estimate of team statistician Ross Smith — mustered some solid relief pitching of its own. Tyler Sharayko scattered three hits over 3-1/3 frames of shutout work, with five strikeouts of his own, and Trey Yesavage got the last two outs by striking out the Ram batters he faced.

But starter Cole Hertzler was roughed up for all the Rams’ runs in the first. While the Boyertown senior had five strikeouts to his credit, the 44-pitch first inning was a precursor to his departure from the mound in the third, totalling 77 pitches in that span.

“He came in and did the things he needed to do,” Boyertown head coach Todd Moyer said. “He tried to do too much, but he’ll get better.”

In contrast to their long layoff, the Bears find themselves playing three games in four days the rest of this week, followed by a 3-in-5 next week.

“All our pitchers have to be effective,” Moyer added. “We have to go with five or six guys being effective.”

Spring-Ford’s mound duo combined for nine strikeouts while holding the Bears to the three hits and two walks for which Kisela was touched. Kisela thrived on his fastball while Cunningham worked to pound strikes during his relief stint.

“The pitchers did a nice job attacking the zone,” Spring-Ford head coach Rick Harrison noted. “If you throw strikes and stay down with the ball, good things will happen.”

Tanner McCafferty beat out a single along the first-base line to end Kisela’s no-hit bid, and Cole Kratz moved him up by laying down a bunt that enabled him to reach base. Ethan Martin then smacked a double to straightaway center field that plated McCafferty and Kratz while ending Kisela’s mound stint.

Cunningham was able to get the Rams out of the inning with no further damage. In the seventh, Boyertown threatened to pull even when Ethan Ferraro drew a leadoff walk; pinch-runner Luke Moser then moved up off pinch-hitter Peyton Moyer’s sacrifice bunt and Jonathan Myers’ groundout toward the mound.

But Cunningham rose to the occasion one last time, getting a strikeout on a 3-2 count.

The Rams’ first at-bat was highlighted by RBI singles from Billy Bean and Cole Casamento. The first run scored off an error on Aydan McNelly’s hit to shortstop, enabling leadoff batter Griffin Straface (walk) to score from third.

Jarrett Gordon also singled and came home off Bean’s hit. That proved to be the extent of the Rams’ run production, though Cunningham collected singles in the fourth and seventh innings and Kisela one in the sixth.

“We were grinding out at-bats and getting the pitcher’s count up,” Harrison noted. “Our offense did the job.”

NOTES >> Kisela on the end of his no-hitter: “It was weak contact. I wanted to finish the inning, but it was the beginning of the end.”