Kreydt’s expanding her game just as Springfield is targeting titles 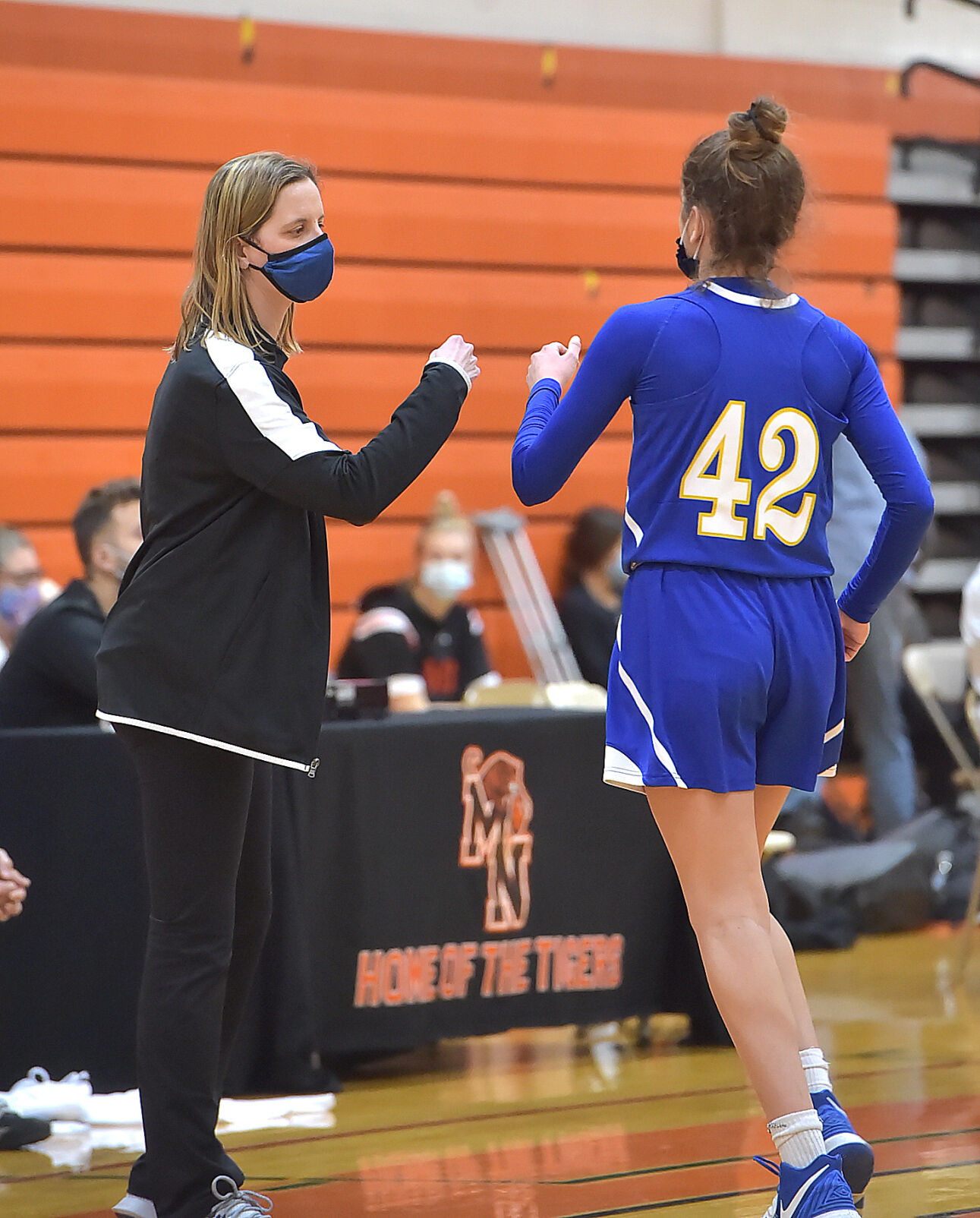 SPRINGFIELD — Anabel Kreydt’s rise as a varsity starter for undefeated Springfield shouldn’t come as a surprise.

Although she’s only a sophomore, one might say she was born to ball.

Kreydt’s tough defense and rebounding have helped Springfield to a perfect 16-0 record. Her lockdown coverage of Ridley’s top scorers in Thursday’s Central League final played a factor in the Cougars winning, 59-44.

Oh, and Kreydt was effective on the offensive end, too, using her quickness and savvy to cut inside the paint and score on layups. She recorded all 10 of her points in the second half. Kreydt also rebounded well, blocked shots and forced turnovers. You could say she was the unsung hero who did it all Thursday, but she’s been delivering all year for the Cougars.

Kreydt can attribute her consistent performance to hard work, but it certainly helps to have bloodlines. Her uncle is Springfield hoops idol Dan Geriot, the 2005 Daily Times Player of the Year who played at University of Richmond. Geriot is currently in his sixth season as an assistant coach for the NBA’s Cleveland Cavaliers.

Kreydt’s twin brother, Aidan, is a standout player on the Springfield boys basketball team. The Kreydt siblings are both three-sport athletes.

Geriot will often text or call with advice for Kreydt and her twin brother.

“He helps me a lot,” Kreydt said. “Just little stuff, like, how I’ve got to do my job and this is my chance and I have to step up to help my team.”

Anabel’s coaches have worked with her to develop her offensive game, which was on display in a big way Thursday.

“Coach (Fran) Burbidge has been working with her in practice,” head coach Ky McNichol said. “It’s getting her to dive to the opposite block and the guards are dishing it to her. We’ve been feeding it to her in practice and just working on the finish. And she did that tonight.”

Kreydt and the Cougars are the top seed in the District 1 Class 5A tournament. The defending champions earned a first-round bye and will play Tuesday, when they meet the winner of Saturday’s game between No. 9 Mount St. Joe and No. 8 Pottsgrove.