New-look Methacton runs past Pottstown to get Lockard first win 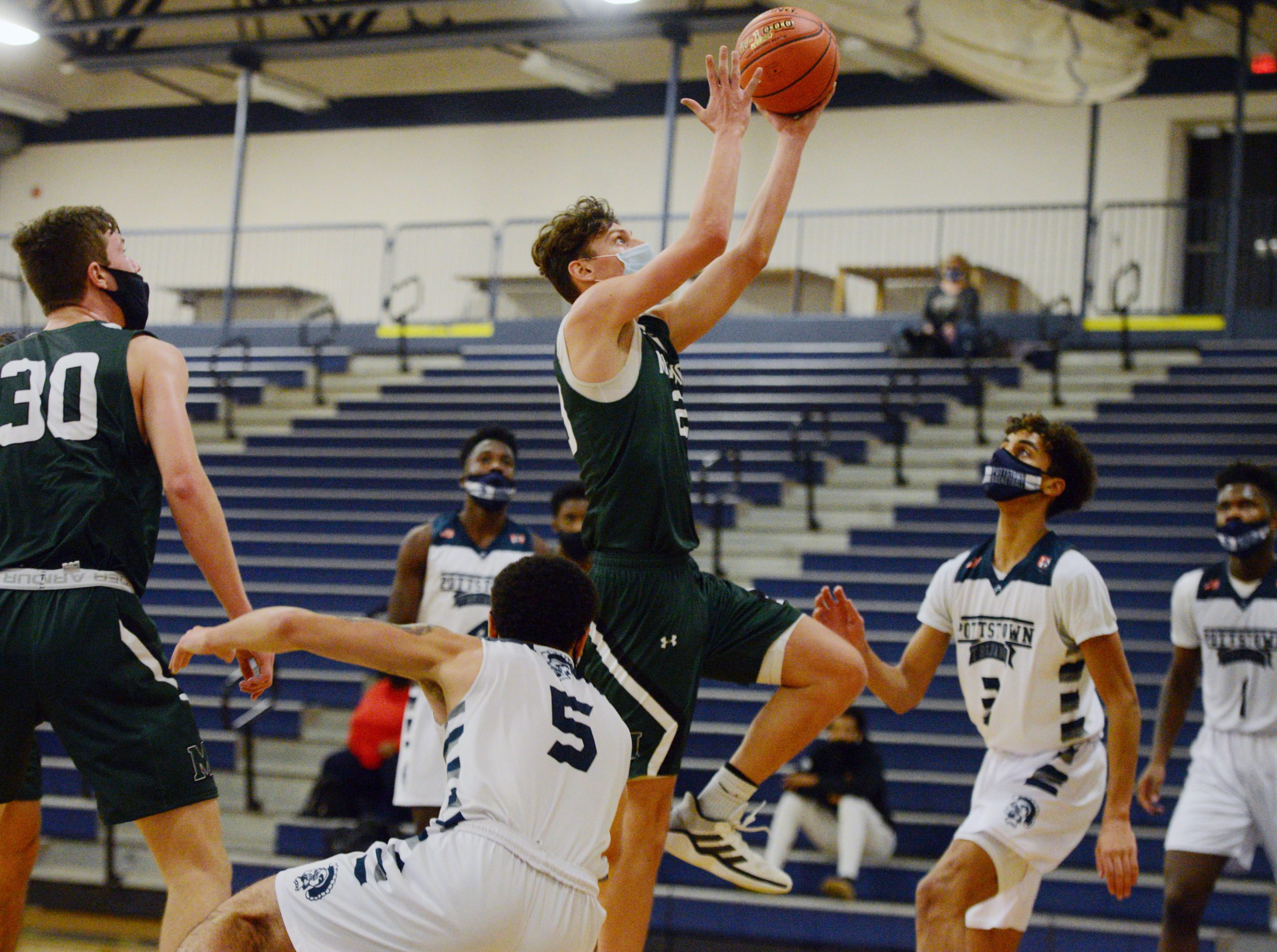 POTTSTOWN >> For those outside the Methacton boys basketball program, it would have been easy to predict a significant drop off for the Warriors before the 2021 season.

The standard bearers of the Pioneer Athletic Conference over the last three seasons and one of the district and state’s top teams over the past two seasons had to replace four all-league starters and their head coach.

On Saturday, the new-look Warriors, led by a 20-point effort from junior Brett Byrne and 17 points from junior Cole Hargrove, displayed they’re a force to be reckoned with once again, getting first-year head coach Pat Lockard a dominant 80-52 victory over Pottstown in his debut. Though the 2020 class left a tough act to follow, Lockard said they also left behind lots of lessons for this year’s group to follow. That included Timko and Woodward reaching out with words of wisdom for the team before Saturday’s game against Pottstown.

“The team environment that those four guys kind of bestowed on the guys behind them was it is about us in a way, but it can’t be all about us. It’s got to be about the entire team.” said Lockard, who had previously been an assistant for the Warriors since 2011. “ I think (this year’s group) felt really included in our team from last year, so they were ready to come out here and show it’s not just (Woodward, Timko, Eberly and Kropp) it’s the whole Methacton program that can do that.”

Mike Merola with the steal and gets it out to Jason Price for the fastbreak slam. pic.twitter.com/oOlSDf4a2c

Byrne (5.7 ppg), Hargrove (4.6 ppg) and Ryan Baldwin (2.7 ppg) were secondary options for last season’s Methacton squad, with Byrne and Hargrove both breaking out for multiple big games during the team’s postseason run.

Penjuke, who scored 12 points, was one of four double-figure scorers for the Warriors on Saturday along with Byrne, Hargrove and senior Jason Price, a transfer from Souderton who tallied 14 points and an emphatic fastbreak slam.

“We have a lot of good players, the chemistry’s definitely there,” Penjuke said. “It’s a collective effort. We’re all pretty good friends and we definitely get along with each other, so it’s all a collective group effort.” Trojans Finding Themselves Early >> Coming off a 43-38 win over Upper Perkiomen on Friday night, Pottstown kept things close early Saturday, trailing 28-23 with about five and a half minutes to play in the second quarter.

Methacton ended the first half on a 16-5 run to build a 44-28 halftime lead and scored 10 straight points at the start of the third quarter to pull away.

“Honestly, we’re just trying to figure out our offense because that’s what we really struggle with,” Cottman said. “Defense is going to come. We’re always going to work hard on defense. … We had a lot better game than we had (Friday), their defense just got to us. That’s the game. Up and downs.”

Cottman, Watson and fellow seniors Christian Albert and Darius Smallwood will be key in pushing this Pottstown in the right direction as they continue their season.

Pottstown jumps back to Frontier Division play next week with games against Pope John Paul II and Upper Merion.

“My coaches gave me a big role,” Cottman said. “They want me to shoot. They want me to take the shots. I’ve got to be the leader of the team, pick up the young kids.” Worth the Wait >> Derstine stepped down as head coach in May to spend more time with his children. Lockard was named the Warriors’ head coach Sept. 29.

While The suspension of winter athletics in December pushed Lockard’s head coaching debut back a few weeks, it didn’t put a damper on Saturday’s win.

“It was a little bit longer of a wait for my first game than I really wanted to … but there’s a lot of bigger things going on in the world, so I think it was kind of small apples compared to that,” Lockard said. “I can’t lie to say that I wasn’t chomping at the bit to come out here and show what our guys can do.