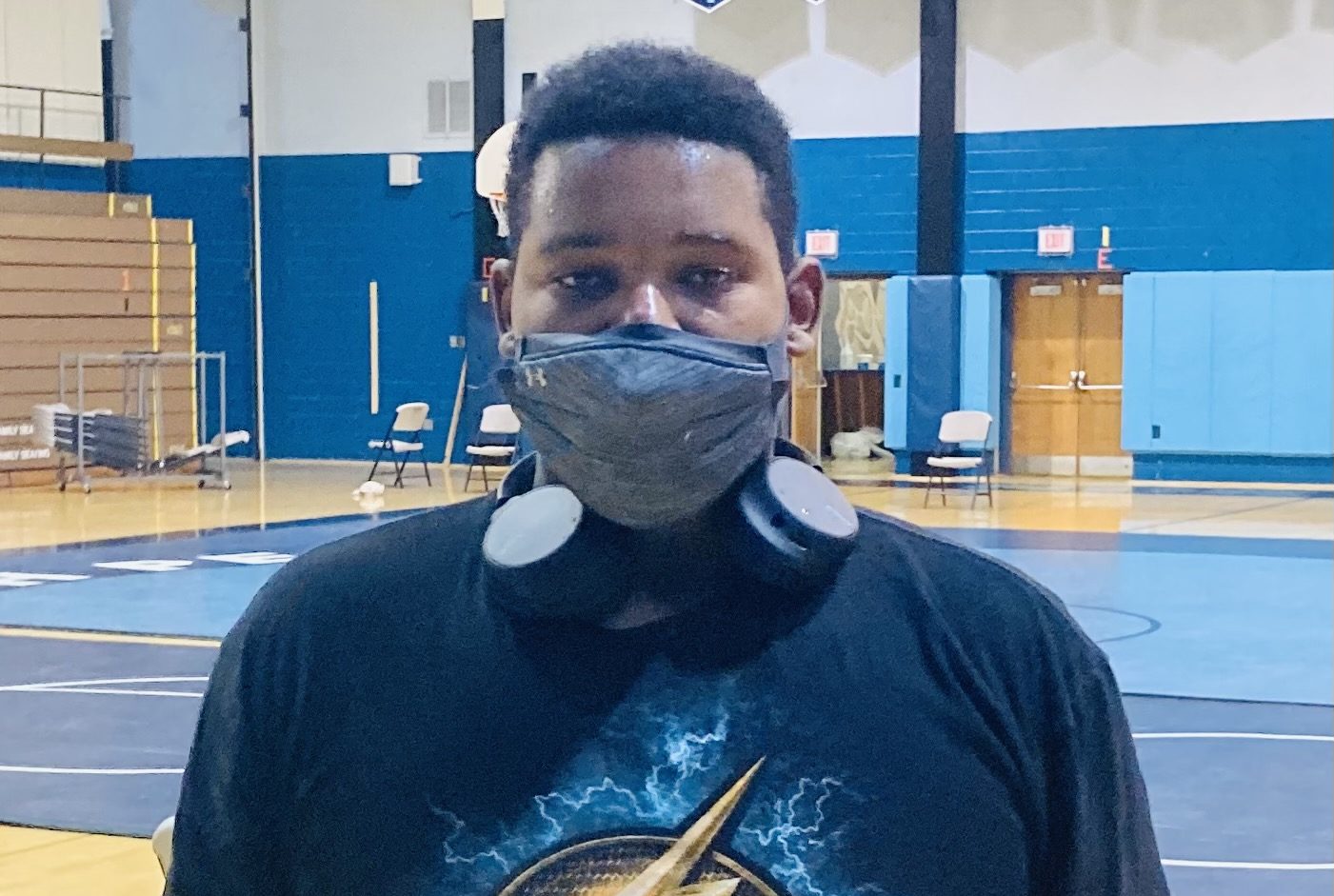 TOWAMENCIN >> In a moment described by one teammate as “movie perfect,” Devon Pinkert brought a climactic close to North Penn’s match with rival Pennridge Saturday afternoon, coming through with a clutch pin to send the Knights to a 2-0 start.

Pinkert worked tenaciously to make weight prior to the season, dropping from 308 pounds down to 286 (287 the max for heavyweights). North Penn’s big man then came through in a big moment, pinning Paul Weiman in 48 seconds to clinch a 39-31 victory over the Rams.

“I liked that match – it was fun,” said Pinkert. “I had to try really hard to win. It’s pretty stressful because you wanna come through with a win. Otherwise it’s a loss for the entire team. I wanted to go all out, make sure I didn’t get pinned.

“It’s a lot harder for heavy guys because you have to put in more work,” Pinkett said of the preseason. “It’s hard but when you get down there, it’s a lot more fun.”

North Penn is having fun this winter, raising its record to 2-0 in the Suburban One League Colonial Division. Pennridge, which had its moments Saturday and led 16-0 early and 31-21 late, is now 0-2 in the Colonial.

“Lifting weights, running, a lot of sit-ups and push-ups, agility and conditioning, so I can last longer than most heavyweights,” Pinkert said, describing his preparation for the season.

The Knights drew closer when Ben Sanfelice pinned Ty Drumbore at 189, tightening things to 31-27. Rodney Perander pinned Chase Washington at 215 to put the Knights in front for the first time, and then Pinkert closed things out.

“Definitely exciting – came down to the wire,” Knights coach Robert Shettsline said. “We’re glad to see Devon get a pin, and Ben and Rodney. The two lightweight pins as well (were big). We definitely needed that.”

Joseph Morrow had the third of six North Penn pins, delivering at 145 pounds to cut the deficit to 22-18.

“I wanna try to win as many as I can and try not to disappoint,” said Pinkert, a sophomore.

Gio Iadonisi (138) and Luke Wahlers (172) stood out for the Rams, with pins at their respective weight classes.