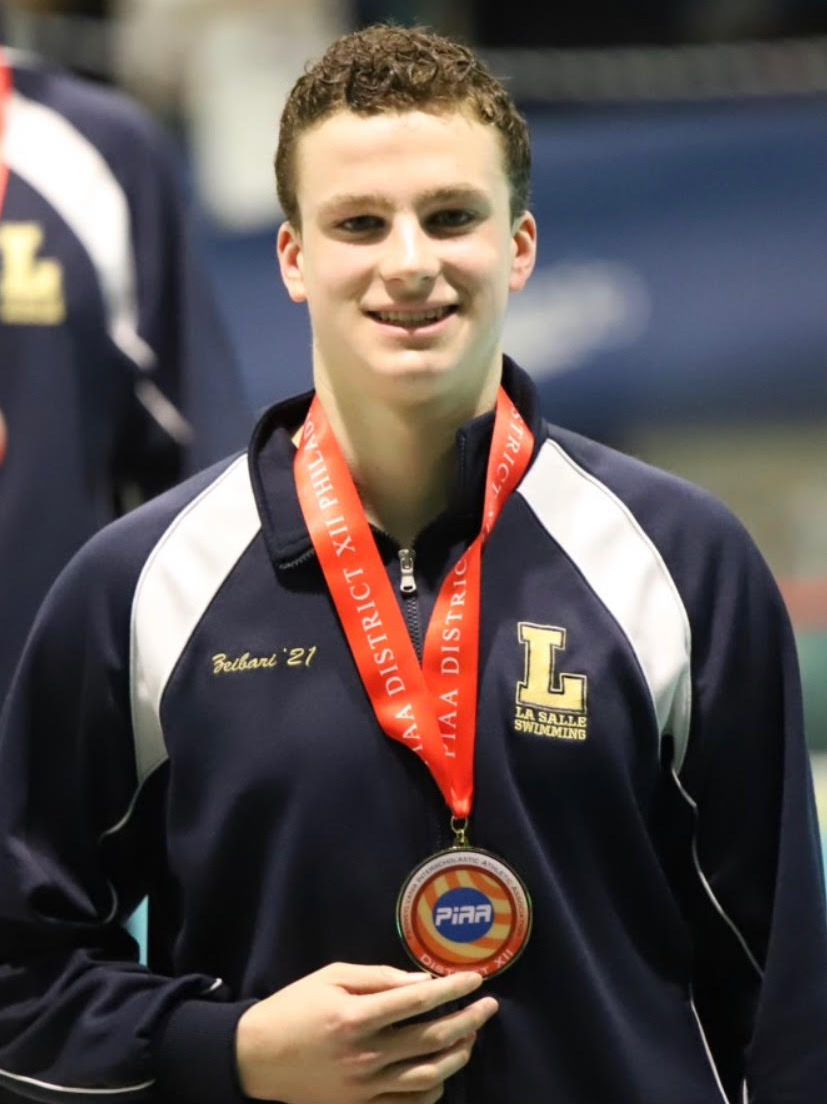 “We are probably the only team in the state that trains in a four-lane pool,” senior Paul Brosky points out, “and although that sounds rough for 32 swimmers to share a four-lane pool, it actually makes all of us better.

“We are always getting up and racing the person next to us in practice and it brings us closer as a team.”

The defending Class 3A State Champs are intent on doing it again, and Brosky looks to be a key piece to the puzzle for La Salle.

The shutdown did not keep the Explorers from collectively pushing towards their ultimate goal.

“As a team, we were able to get in the pool for two weeks before the state shutdown,” Brosky said. “During the shutdown, the seniors have been sending dryland workouts so that everybody is able to stay in shape and some of us have also been able to practice outdoors with our club teams.

“We just found out that we’re able to get back in the pool starting Monday, which everyone is excited about.”

Brosky brings a unique skill set to the pool.

Brosky has a good chance to distinguish himself in the 200-yard IM as well as the 500 freestyle.

“One of my goals is to place in the top three (in the state) in the IM and top eight in the 500,” the senior said. “Due to how practices have been going for the past 9 months, my main goal was to push myself at practice as much as I can.

“The only way to get better is by putting in the effort at practice and I try to find a way to get up and race the person next to me whenever possible.”

When doing that at practice, Brosky knows he always has a pretty good swimmer next to him. The Explorers are going for the program’s seventh state title in the past 10 years.

“We are extremely excited to go for the state title once again and I think we have an even better shot at it this year,” Brosky said. “With everyone slowly improving, we are hoping to get a big group of guys to travel to states so we can have the best chance possible.”

Having a swimmer as versatile as Brosky helps a great deal.

“One of my strengths is being able to swim almost any event and score points for the team in those events,” he said. “One meet, I may get put in the 200 IM and the 100 back and the next meet I could be put in the 500 free and the 100 breast.”

Brosky and his teammates are happy to get back in the water. But the down time had its moments.

“I was fortunate enough to still be able to train with my club team outdoors and continue to swim. I also decided at the beginning of quarantine to buy a new bike and I’ve been going on tons of bike rides,” Brosky said. “(Before the shutdown), I was usually cooped up inside doing homework when I wasn’t swimming or at school. The down time has allowed me to get outside much more than I used to.”