DLN ALL-AREA: Senior star Brenner the player to remember in a season Unionville will never forget 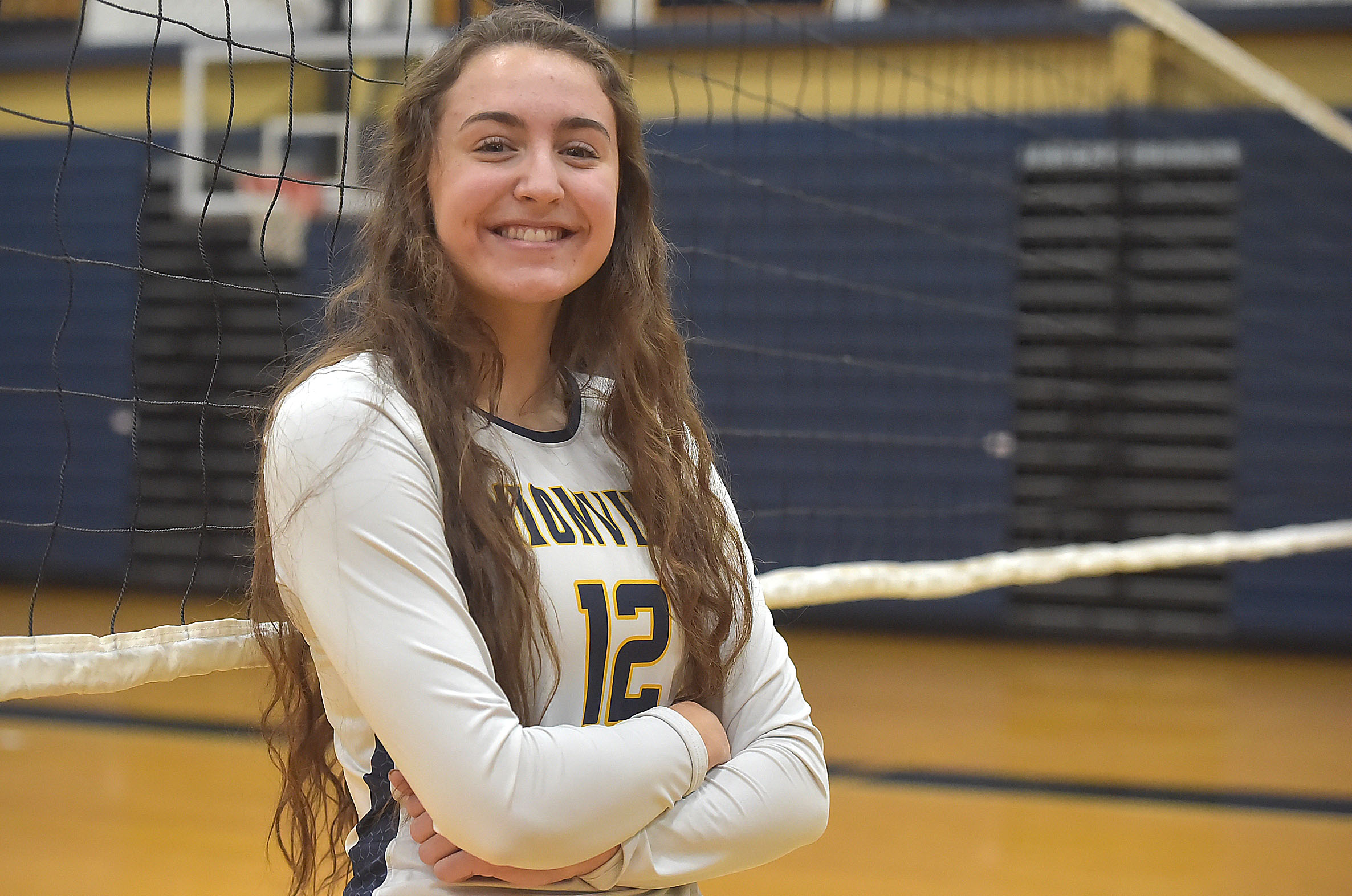 Sophie Brenner’s kill total during her high school volleyball career is much more than any other in Unionville program history. The senior reached the four-digit milestone midway through the pandemic shortened 2020 season.

“It is a lot,” said her coach Stephanie Smith.

“It was a goal of mine, so it was really satisfying to reach that,” said Brenner, the Daily Local News All-Area Girls Volleyball Player of the Year. “It’s important for me to set goals and accomplish goals.”

A native of West Chester, Brenner was among the strongest outside hitters in the state this fall. In just 15 outings, she amassed 359 kills, which averages out to 25 per match. An awful lot, especially if you take into account that Unionville dispatched most opponents in straight sets.

With Brenner leading the way, UHS completed an unbeaten regular season by knocking off Ches-Mont powerhouse Bishop Shanahan to capture the league title. Twelve days later she registered 29 kills to lead her team past the Eagles again in the district semis.

Unionville went on to win District 1 crown and advance all the way to the PIAA 3A State Championship Game. Despite falling to North Allegheny, it was the program’s deepest postseason run ever.

“She brought our team to new heights,” Smith said.

“This team left a legacy, especially with this being such an odd season with the coronavirus,” Brenner added.

For the fourth straight season, Brenner was named the team MVP. And her career numbers in areas other than hitting (714 digs, 154 aces, 65 blocks, 95 assists) show that Brenner is a versatile performer – much more than simply a hammer at the net.

“I pride myself on not being able just to hit but also contributing in other ways,” Brenner said.

“Not only did she have the skill-level as a very strong outside hitter, but she was such a leader,” Smith added. “In between points she would bring the team in to pick them up.

“She was our strongest serve receiver and one of our strongest defenders. So no matter where she was, it was essential that she was on the court.”

Headed to Division I Loyola (Md.) to play college volleyball, Brenner made significant strides during her high school years. But perhaps the biggest came in the areas of leadership and attitude.

“When I first started playing here, I really didn’t understand the importance of having a good attitude and encouraging my teammates,” she acknowledged. “Along the way I’ve gained some leadership skills.”

It eventually got to a point where teammates enthusiastically rallied around her. It was her gregarious nature, of course, but Brenner also led by example. Over the summer she would routinely make the two hour-plus drive from her parent’s summer home in Avalon, N.J., to Unionville so as not to miss a workout.

“She didn’t miss a single open gym over the summer,” Smith said. “She would be at the beach and she would drive home at 5:30 in the morning just to make open gym. She was so committed to this team and that’s one of the reasons she’s been successful.

“She has a big personality. When she walks into the gym, you know Sophie is there. She brings an excitement to the team that really helped get us ready for everything from practice to big matches.”

According to Smith, Brenner was on her radar – and then-head coach Clee Brun — while playing at Patton Middle School. Her younger sister, Ava, was a freshman at Unionville and was a swing player between the JV and varsity in 2020.

Brenner is expected to make an immediate impact at Loyola. The Greyhounds haven’t had a winning season since 2007.

“She is very coachable and she will do whatever she has to do to play,” Smith said.

“Loyola kind of checked every box for me,” Brenner added. “It’s a good fit and I can’t wait to go and play.”