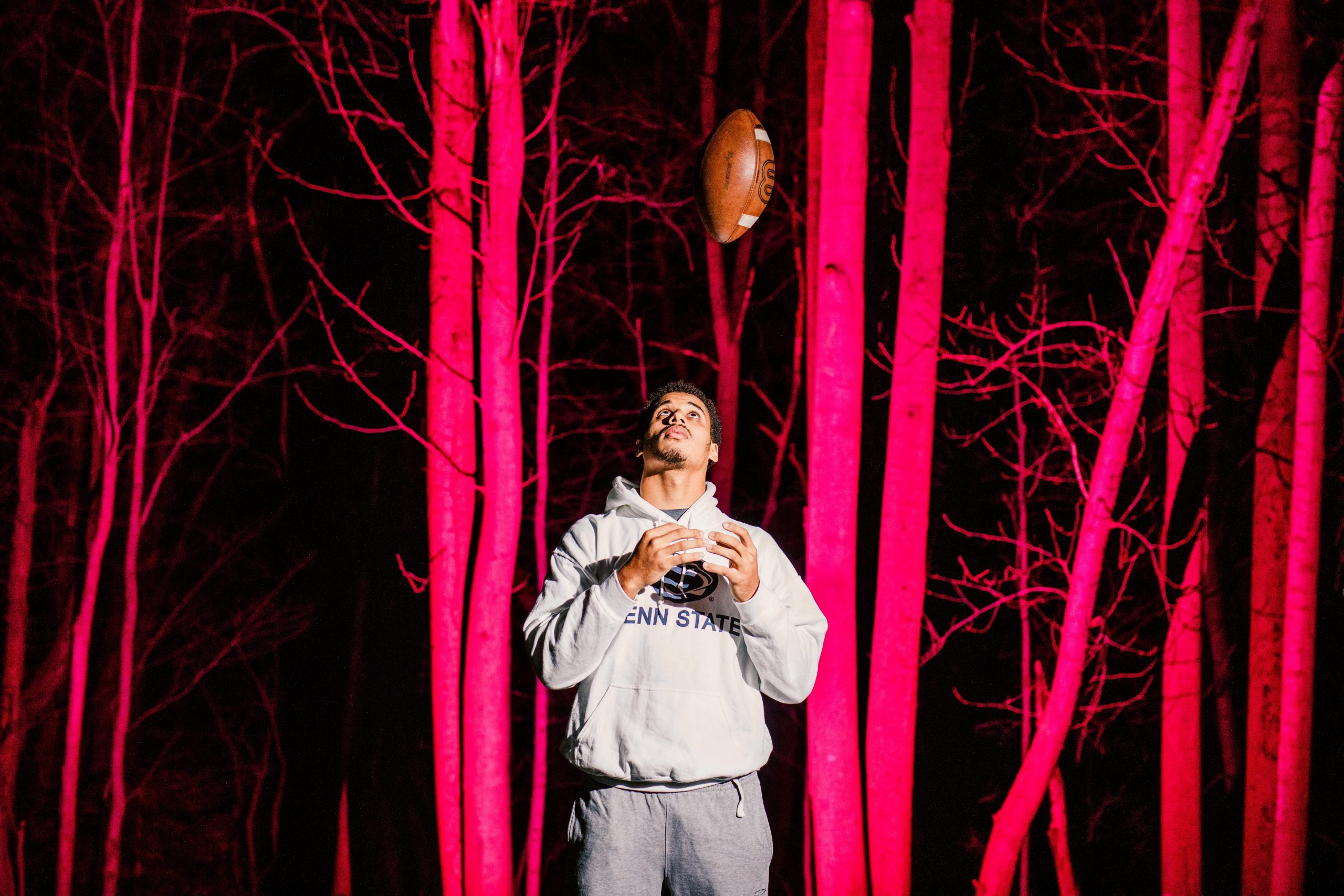 Those four contests — all wins for the Friars — were more than enough for a transcendent talent like Lonnie White, who proved it’s more about quality than quantity. White carried the ball just seven times on the year, totaling 95 yards and three touchdowns. He also caught 17 passes for 364 yards and four touchdowns. And on the other side of the ball, White intercepted three passes in just four games.

But White is a rare athlete who stands out, no matter how much time he spends on the field. And even in a short year, Malvern Prep’s Lonnie White did more than enough to earn the title of Daily Local News All-Area Football Player of the Year.

“Lonnie is a once-in-a-generation talent and an electrifying athlete that makes the difficult look easy,” said Malvern Prep coach Dave Gueriera. “His legacy at Malvern Prep will be written as a humble superstar who excelled at the highest level in everything he did.”

What makes White even more special is his versatility. Besides being a special football player who is committed to play next fall at Penn State, White also is projected to be a first round draft pick in June’s Major League Baseball Amateur Draft.

Regarded as one of the top young baseball players in the country, the Malvern Prep senior said he is trying not to think about any big decision that may lie in his future.

“I really don’t think about whether I am going play baseball when I go to Penn State,” White said. “I always loved Penn State growing up and they afforded me the chance to keep my pads on so we will see what happens. I don’t need that pressure of making a decision right now. We will see what happens and right now I am just trying to enjoy my senior [baseball] season. That stuff will come in due time.” During his sophomore year at Malvern, White gave a verbal commitment to Clemson to play baseball. But last summer, White reversed course and committed to a football scholarship at Penn State, where Nittany Lion coaches said he could also play baseball. Now, he likely will have to make the big decision to play either college football (and maybe baseball), or dive right into professional baseball after the draft.

On the diamond, White is an outfielder who hits with power and has tremendous speed. But it’s been a while since he’s proven himself on the field, after the 2020 baseball season was wiped out by COVID-19.

“I tell people how rare it is when the most talented player is also your most coachable player,” Hilliard said. “But that is surely what it is like to coach Lonnie White. He does things at practice or in games almost every day that wow all of us coaches, yet he is one of the most humble and hard working kids I have ever been around. He supports his teammates and loves to be coached, and whenever we teach him something he is attentive and can usually, not just pick up on it, but master it quite quickly.”

White shines on both the football and baseball fields, and also is a key part of the Malvern Prep basketball team, which won the Inter-Academic League title last year. The three-sport athlete says he truly enjoys all three of his sports.

“I don’t have a favorite sport,” White said. “I love the one I am playing at the moment and whatever season is that is the one I want to be playing.”

White has many options open to him when he leaves Malvern Prep, a school that has seen more than its fair share of talented athletes roaming its halls.

And there’s a case to made that he’s the best athlete the school has ever known. Malvern Prep’s Lonnie White Jr. improved his already lofty stock with an explosive senior year, and he intends to play both football and baseball at Penn State after high school. (Nate Heckenberger – For MediaNews Group)