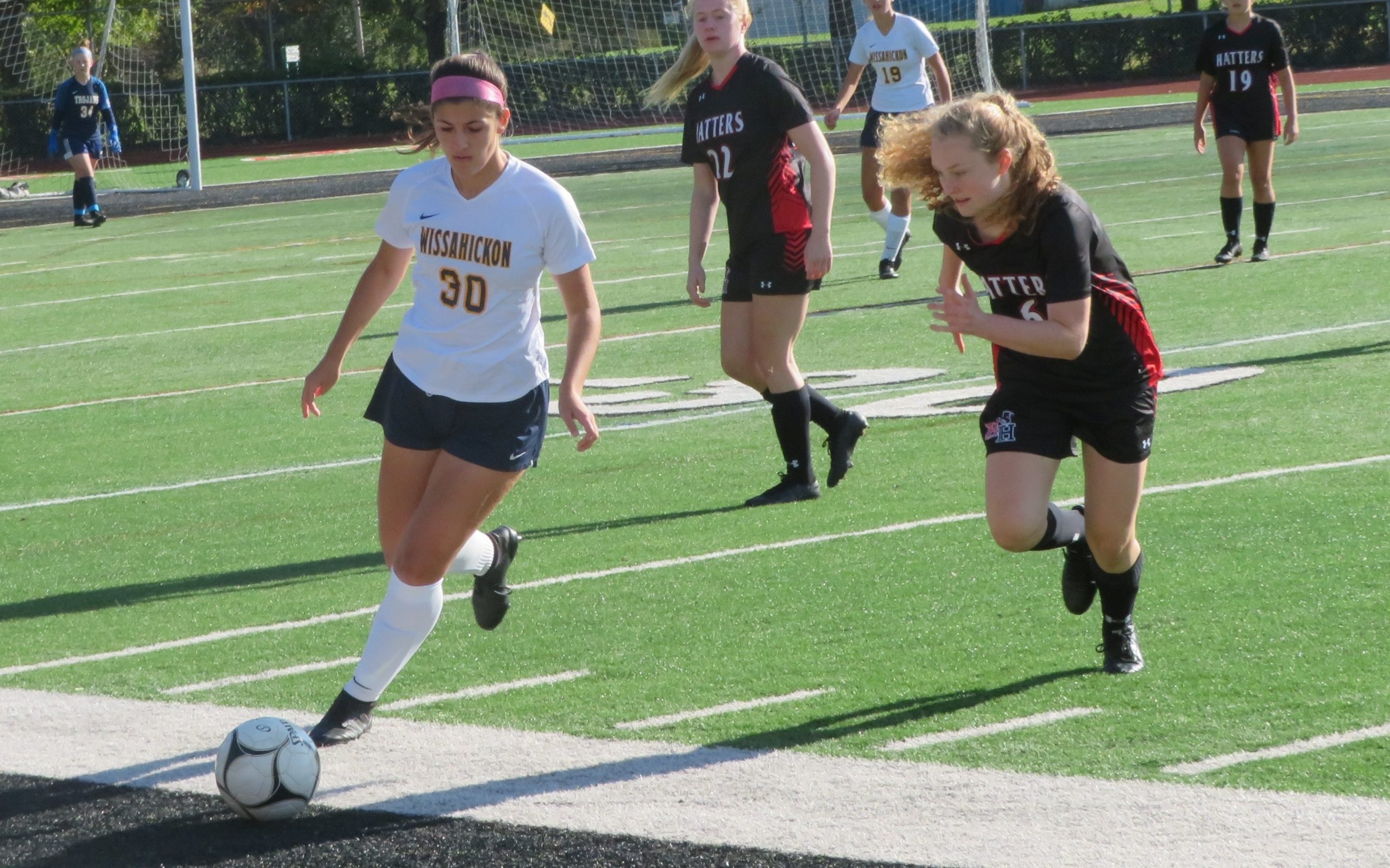 It was the first word Wissahickon coach Chris McDaniels used to describe senior co-captain Peyton Weber as she left the field at Abington on Monday night. A smart, skilled player who will feature at the college level once the right team finds her, Weber came back to the Trojans this fall and proved to be an indispensable piece to their season.

The selfless part of Weber’s season? She did it all while playing out of position at center back because that’s where Wissahickon needed her.

“In all honesty, I love playing school soccer especially compared to club,” Weber said. “I’ve played at a high level my whole life and this is just more fun. You build relationships, it’s not ‘go, go, go’ all the time, there’s a good balance between hanging out with your teammates and playing on the field.”

Wissahickon, which finished with a 5-4-2 record, won’t be in the District 1-4A playoff field next week due to a combination of the COVID-19 shortened season and a reduced district bracket. In a normal year, the Trojans more than likely would have grabbed a postseason bid but not getting to play on didn’t detract from the year for Weber.

Weber, who plays club with Penn Fusion, didn’t play with Wissahickon as a junior but came back to the fold this fall. A forward, and a very good one, she took the coaches’ request to play center back without complaint and was a stalwart at the back alongside sophomore Margo Kasenchar.

The senior joked with McDaniels that the only thing she didn’t complain about this fall was playing center back.

“She is just a smart enough player to recognize with the make-up of the team we had, we needed another defender,” McDaniels said. “Our need was another ball-winning player in the back and she was more than willing to jump on that grenade in a way a lot of kids would have fought or shied away from.”

McDaniels said Weber was nothing but serious about the move, asking a ton of questions while taking feedback to heart and never demanding to . She showed plenty of glimpses of her forward talent on long runs up the field, but when it was time to defend, the senior was often there stepping into a tackle or soaring to win a crucial header.

“She turned into an anchor back there,” McDaniels said.

COVID-19 has left athletes like Weber in a difficult spot. With the NCAA putting a freeze on recruiting until the new year and offering current fall athletes an extra year of eligibility, many programs are still figuring out what to do with their current players and have left recruits hanging in limbo.

Weber hasn’t committed yet and is hoping the right situation will open up for her in the near future.

At a school like Wissahickon, teams in each season have players who are playing a sport that isn’t their main focus. It’s all about soccer with her club team but with the Trojans, many of her teammates were playing just for fun or as a way to stay active during their main sport’s offseason.

“I actually bring it up all the time within our team, I think it’s hysterical that half our team plays lacrosse as their main sport,” Weber said. “It’s awesome, it’s such a fun group of girls and when you have people who get along and want to be together, you can tell on the field.”

While Monday’s result didn’t go in their favor and all but closed the door on the Trojans’ chance to make the postseason, Weber had no complaints about how her team played. The co-captain felt her squad left all it had on the field and they were able to rest on the accomplishment of being the only team that took points from Abington during the Ghosts’ SOL Liberty title season.

The Trojans were serious on match days, but it didn’t stop them from having fun at practice and keeping things loose off the field. Weber said the players would go out in small groups to get food and they looked forward to their time together every day during the compacted season.

“We kept relationships off the field and again, I think you could tell when we were on the field,” Weber said. “We picked each other up. When somebody makes a mistake, you can’t move backward, you have to move forward together, just things like that. We were always positive.”

After Abington scored the winner on Monday, Weber was the one helping keeper Caroline Hassall to her feet and offering encouragement as they walked off together. Weber said she enjoyed the rapport they built together in the back and it’s that type of relationship she wouldn’t have gotten without playing for the Trojans.

When Wissahickon lost its season opener to Hatboro-Horsham, the captains approached McDaniels to talk things over. McDaniels was not only open to listening, he put into place some of the things they discussed and like Weber, every player who was asked to change position did so without complaint.

“My biggest thing would be to speak up when you think there needs to be changes,” Weber said. “You don’t need to talk behind each other’s back, be straightforward with each other and build your relationships on and off the field.”