Wissahickon’s size, experience on both lines crucial to success 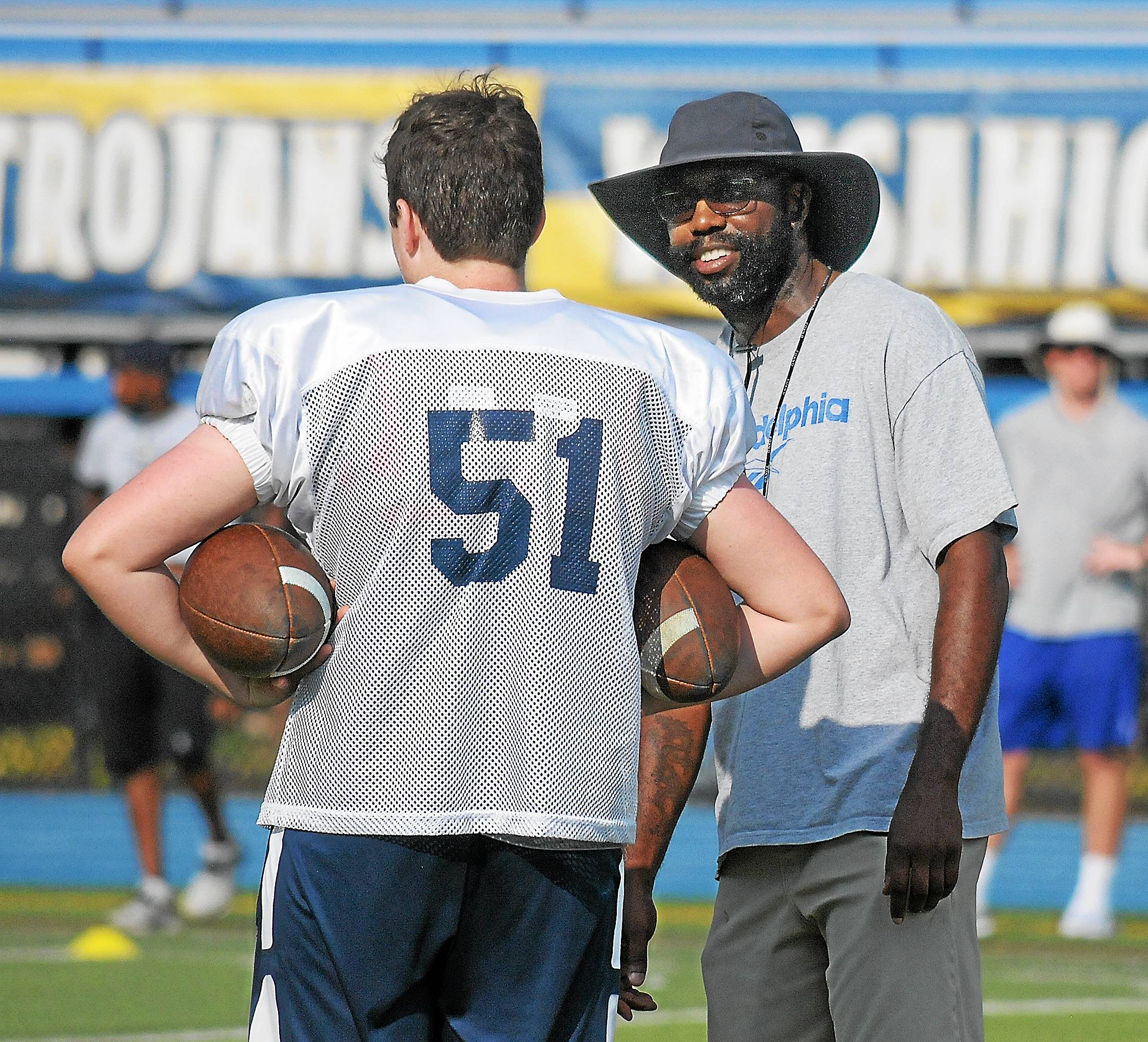 LOWER GWYNEDD >> Winning the battle in the trenches is a longstanding recipe for success at every level of competitive football and it’s the biggest reason for optimism heading into Wissahickon’s 2020 season.

The Trojans bring back eight starters on the offensive side of the ball this year and four along the offensive line. Seniors Kevin Pineda and Michael Fath were both Suburban One League American Conference All-League selections in 2019 and seniors Kareem Roberts and Shamir Wilson bring valuable experience. Senior Shayne Lynch will also be playing along the offensive front.

Pineda, a Monmouth University commit, Fath, who’s drawing interest from FCS and Ivy League schools, and Lynch all weigh in around 300 pounds and Roberts is at 270.

“The size and the experience (make the group strong),” Wissahickon head coach Bruce Fleming said. “The starting o-line is a bunch of seniors — all six-foot and above and 300 pounds each. It should be a monster line.”

“(Size) will be a big advantage in moving (opponent’s) around,” Pineda said. “They’re going to be quicker, but the thing is we’re smart, we know what we have to do. We have game plans for people who are bigger or smaller than us so we’ll know what to do in those situations.”

Fleming, who is entering his third season as the Trojans head coach, played a lot of sophomores when he took over in 2018. Some of these offensive linemen have varsity experience dating back to their 10th-grade seasons while others transferred in before their junior years. The experience should play an even bigger role during the limited offseason due to COVID-19.

“We all have talent,” Pineda said. “We’re all smart. We all know what we have to do. What we had to build on was chemistry — knowing each other on and off the field. That’s what’s going to be a game-changer this year.”

Pineda said the offensive line is confident both run blocking and pass protecting. The running game figures to be a three-headed attack led by sophomore Kyle Lehman.

“(The rushing attack) was good (last year),” Pineda said. “We had a lot of good moments. It was more like a learning season for us. We didn’t know a lot. We had to learn the playbook 100 percent. We didn’t have 100 percent trust in each other. That was a lot that we built over the offseason. It was pretty good, but it’s not going to compare to this season.”

Wilson was more of a hybrid player last year, switching between linebacker and defensive end, but will settle in on the line this season and he’s been impressing coaches throughout camp.

If the defensive line can stop the run and apply pressure in the passing game, it should make life easier for the defensive backs, including returning starters EJ Schreiner and Brandon Gilliard.

Offensive Player to Watch: RB Kyle Lehman. Lehman took over the backfield as a freshman in 2019 due to injuries ahead of him on the depth chart and finished with 500 rushing yards. He’s a speedy back who put on good weight during the offseason and has a strong understanding of what the Trojans are looking to do offensively.

Defensive Player to Watch: DL Shayne Lynch. Lynch finished the 2019 season strong. A dedicated offseason should help the senior clean up some inconsistencies from last year and coaches expect him to be a dominant force on the defensive front.

Season Outlook: “When I took over Wissahickon – this is my third season as head coach – my first year we played a lot of sophomores. Those sophomores are now seniors. Now I have 17 seniors that have some type of varsity playing experience. This is the year we felt could really be our year to challenge for a league title with the amount of experience we have coming back. Guys are buying into the culture change of the program now and really holding each other accountability.”