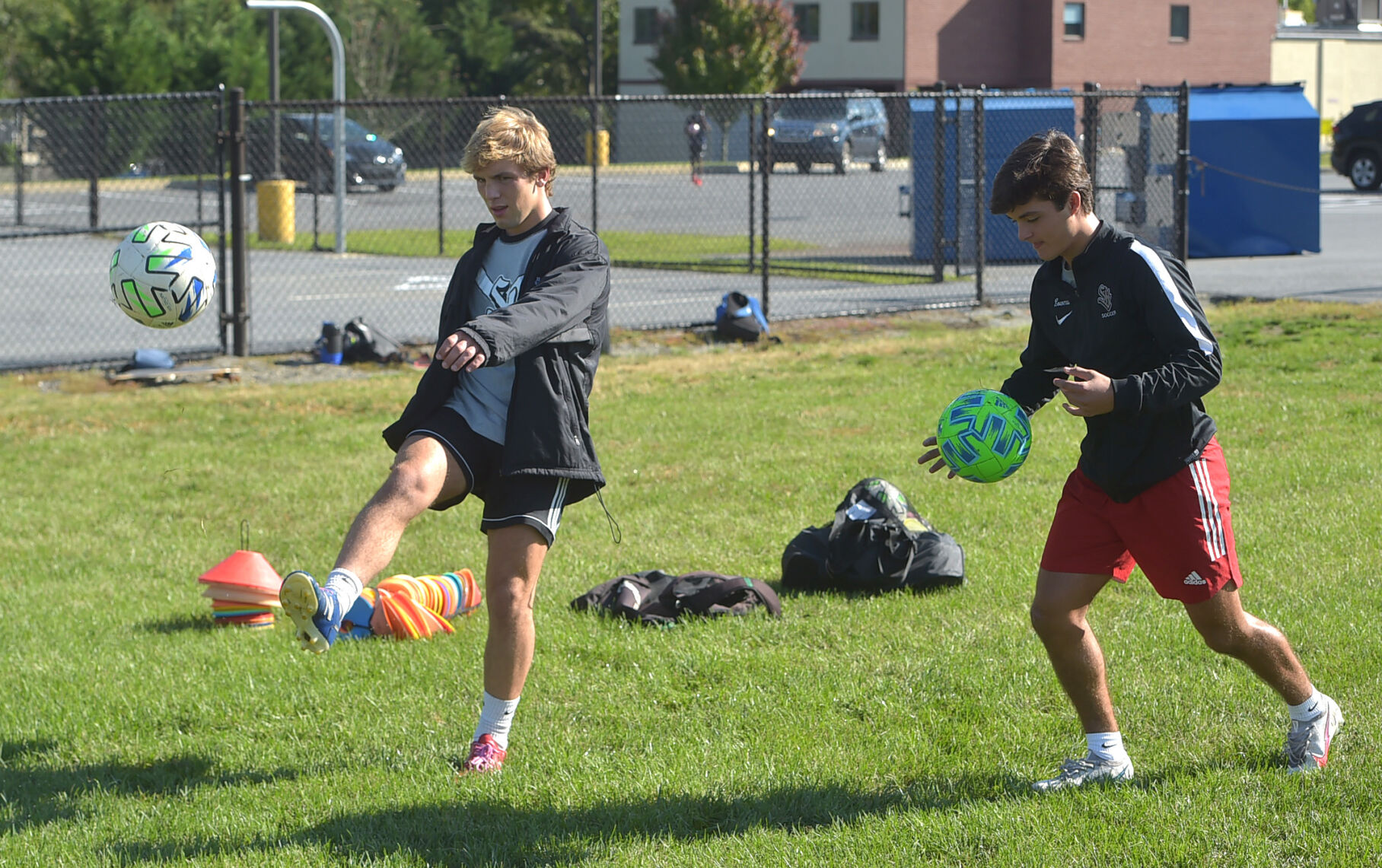 NETHER PROVIDENCE — There were times, Simon Bollinger had to admit, where he wasn’t sure how to package it for his teammates. There were times when he couldn’t even process the news for himself.

Such is the challenge for a team captain during the COVID-19 pandemic, where news has changed by the day and the outlook has brightened or dimmed to extremes. For Bollinger and fellow Strath Haven boys soccer captain Andrew Lowman, understanding and disseminating developments were rarely easy.

“It’s been a little difficult,” Bollinger said Wednesday. “You want to tell guys that there’s hope, and sometimes there isn’t, and it’s hard to say that. Thankfully, we ended up in a good situation as of right now, and hopefully it keeps on getting better.”

Hope returned, and so did soccer, with Bollinger and the Panthers back on the field for practices this week, on pace for a mid-October start to a Central League season. The news blasts via group text have steadily improved, from the seeming death knell of a cancelled season in August to the push to return in recent weeks. That news has been more digestible for teammates. It’s made Bollinger less rueful about hitting send.

The Panthers are in a unique position in several respects. They’ve made the PIAA final each of the last two years, a run they look unlikely to repeat given the Central League’s late start effectively ruling out District 1 and PIAA playoff participation. In Lowman and Bollinger, both captains as juniors despite a bevy of seniors, coach Ryan O’Neill has a rare continuity of leadership.

The coronavirus pandemic has tested that more than any on-field occurrence ever could. And the two seniors have been there, first and foremost, for each other.

“Andrew and I talked a lot,” Bollinger said Wednesday before a session at Nether Providence Elementary School. “We’ve developed a real bond over soccer the last four years, and we’ve been talking a lot about, ‘man we could really not have a senior season. And after all that we’ve gone through, that would really suck.’ So sometimes I just wanted to throw in the towel and say, you shouldn’t be holding onto this hope. But it’s worked out so far and I’m going to keep holding on to that.”

Bollinger and Lowman approached the possible wipeout of the fall from divergent positions. Soccer is Lowman’s only varsity sport. The All-Delco midfielder is sorting through Division I interest, his college path obscured by the erasure of the summer club season. To have lost the varsity season would’ve brought an end to his high school career.

Bollinger is a multi-sport athlete, the outside back in the fall, wrestling in the winter and playing baseball in the spring. That doesn’t diminish his love for soccer; rather, it accentuates his appreciation for the season, having seen a class of seniors last spring not get the reprieve he’s been granted.

“We’ve been through so much together, through these last few years, making those runs, playing all those extra games, being down a goal in the state semifinal or being down goals in the state final,” Lowman said. “We’ve been through so much together. We’ve spent so much time together. Even during the summer, we’d get together and play. So we all know each other very well. We’re all like best friends, even off the field, so that definitely helps us deal with adversity. At a time like this, we can rely on each other and ask each other for help.”

“We didn’t have a lot of seniors for our baseball team, but the ones that were there, it sucked for them and obviously you have remorse,” Bollinger said. “But I wasn’t ever in their shoes until now. … It makes you kind of appreciate them and what little time we had with them a little more, and I’m trying to make the best out of this.”

Part of what the captains have reinforced to teammates is the work required to get here, particularly from parents lobbying the school board to reconsider what had been a league-wide postponement. In practice Wednesday, that means masks on the way to the field, bags spaced out to encourage social distancing and spacing during warmups and huddles.

The “roller-coaster ride,” in Lowman’s words, that got Haven to this point has instilled a sense of appreciation … and a profound responsibility not to squander it.

“We know we are blessed to have this opportunity,” he said. “Not all schools are given the opportunity to play this year. So we know we’ve got to keep it safe. It’s up to guys like me and Simon, the other seniors, to make sure we’re wearing masks to the field, to keep our distance. They’re watching us, and if we slip up, we’re not going to be able to play. We’ve got to take advantage of this, do everything we’ve been told during the last six months of this pandemic.

“Everyone knows what they’re supposed to do. It’s about following the rules and if you don’t, it’s your fault.”

Del Val students to rally for a return to play
Wissahickon’s size, experience on both lines crucial to success