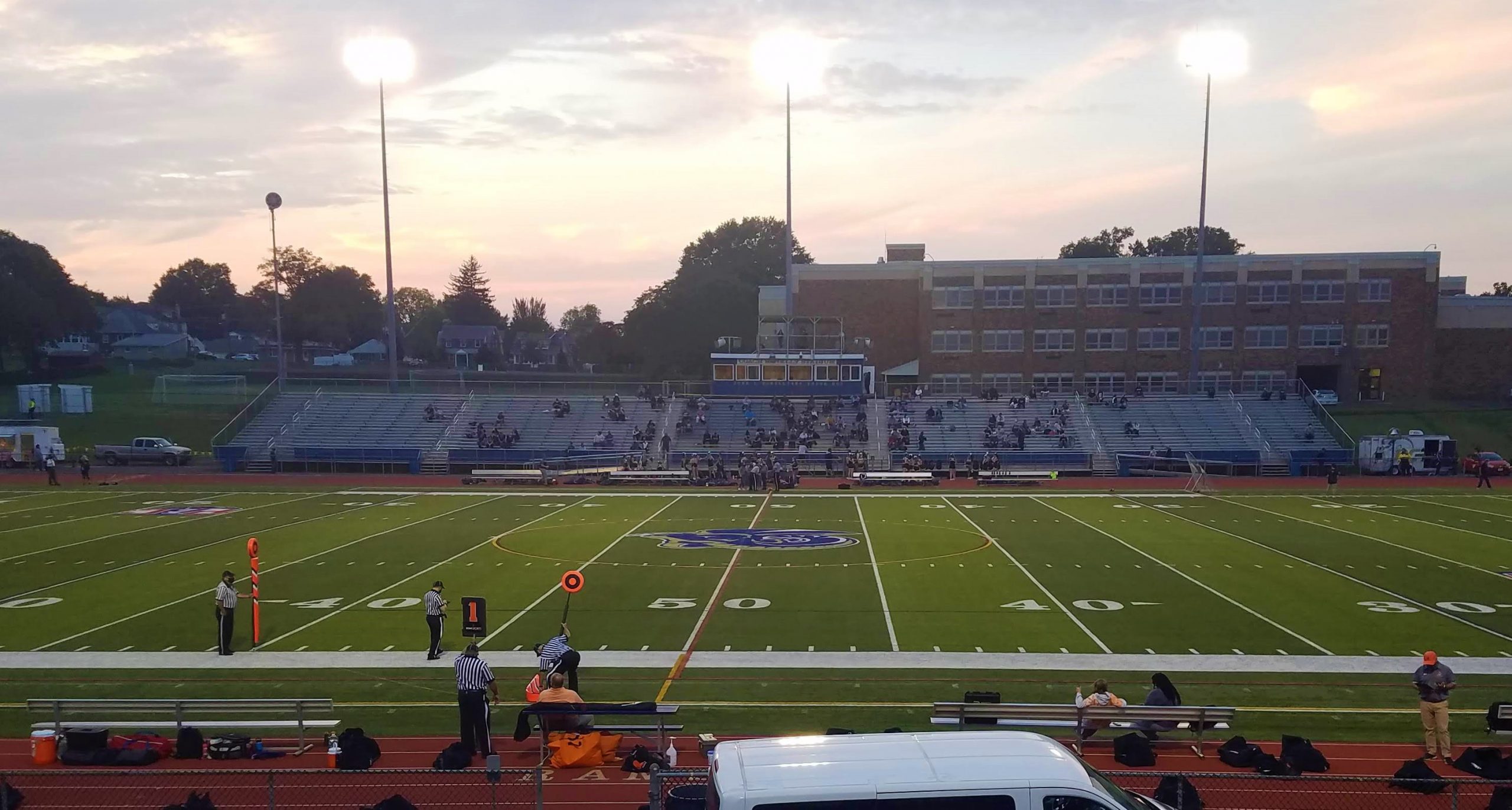 A federal appeals court ruling announced today has restored Gov. Tom Wolf’s gathering limits and again has thrown local high schools into a quandary as they determine how many fans to allow into athletic contests.

The 3rd U.S. Circuit Court of Appeals Thursday said the Wolf administration again may enforce size limits on gatherings while it appeals the lower court order.

In a story that has been changing by the minute for weeks, Wolf indicated Thursday afternoon that his order soon could be amended.

“I’m working right now with school districts and others to do what we can to recognize the context that we’re different in every community,” Wolf said  during a press conference. “You’ll have to stay tuned. We’re working on it as we speak.”

House Minority Leader Frank Dermody said last week the governor might consider adopting a percentage-of-capacity plan for interscholastic sports, an idea the PIAA asked Wolf to consider prior to the start of the football season. Wolf showed little interest in such a plan at that point.
Restaurants across the state are operating under that kind of plan.

Schools across the state took advantage of that ruling and expanded seating capacity. District 3’s Wilson allowed 609 people, including players and coaches, into Gurski Stadium for its season opener vs. Gov. Mifflin on Sept. 18.

Some schools have allowed 1,000 or more into outdoor venues.

The PIAA in a statement Thursday said it is encouraging member schools to “consult their solicitors as to what they can and cannot do under the Governor’s reinstated order.”

Absent revised guidance from the governor, the PIAA will comply with the gathering limits for its upcoming state tournament contests.

“We’ve got to make sure that we’re being reasonable and realistic about how we do things,” Wolf said Thursday. “I’m doing everything I can listening to folks, and continue to change as I did with restaurants.”

Wolf vetoed a bill that would have allowed Pennsylvania school districts to establish their own gatherings limit. The state House of Representatives did not have the votes to override that veto.

Wolf stated the restrictions will be in effect this weekend, forcing schools to reevaluate attendance with a day’s notice ahead of Friday football contests.

Wissahickon’s size, experience on both lines crucial to success
TWO-A-DAYS: After its best season ever, Kennett ready for the hard part: staying near the top