North Penn could be explosive in 2020 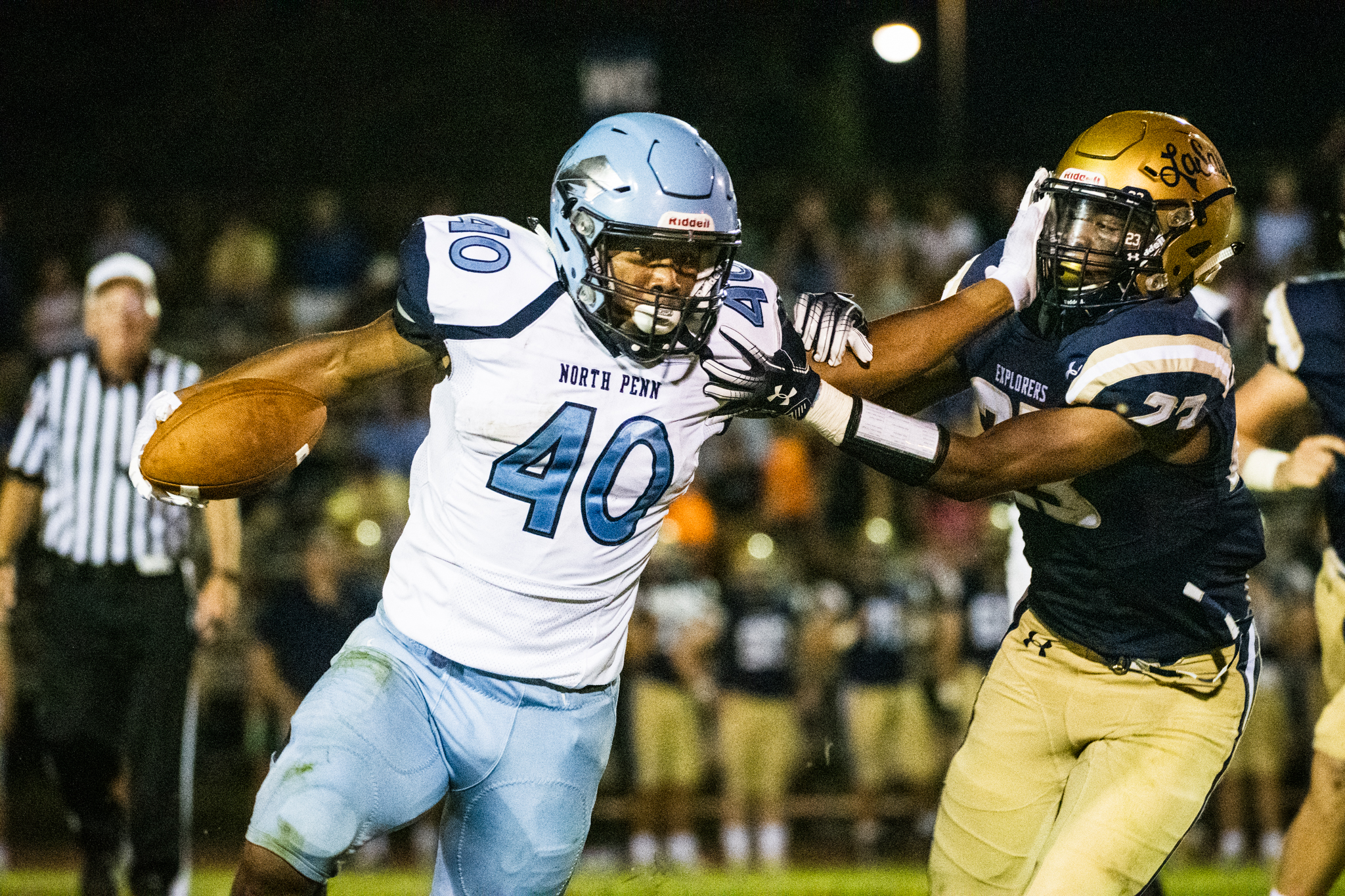 TOWAMENCIN >> The North Penn football team is busy at work, as bulldozers rumble in the background.

“It’s weird hearing the construction,” senior D.J. Fisher says, smiling, speaking of NP’s new stadium that should be ready by the spring, “but we’re thankful to be out on the field, to be honest.”

The Knights have pulled together through the pandemic, and focus in on their Week One showdown at Neshaminy.

There’s plenty of excitement on the NP practice field, a lot having to do with what they’ve constructed on the offensive side of the football.

“That really should make us explosive,” Knights coach Dick Beck said. “I think our experience is mostly on the o-line and at running back. I like our quarterback. Ryan Zeltt’s really starting to develop – he’s only a sophomore but we’re hoping he can build on his freshman year.

“I think we have a couple receivers that could be dangerous and we could be pretty balanced on offense.”

Of training through the pandemic, Beck said: “We’re dealing with it as best we can but for the most part, it’s been great. The kids have been super responsible and working very hard, and I’m very happy with the team.”

The Knights, District One Champions seven times under Beck, know the way up front.

Defensively, the Knights are also tough along the front line.

“I think our strength is up front,” Beck said. “Malik Stanton, John Derkits, Cam McQueen, D.J. Fisher, Ethan Spann at outside linebacker and Jalen Edwards at safety – we have some experience on defense. We have a couple corners that are first-year starters but I really like their athletic ability and their speed. I think they’re gonna be pretty strong for us.”

NP also welcomes back Dakari Luby in the return game.

“He was out with a knee injury last year but we’re hoping he can return to the explosiveness he showed as a sophomore,” Beck said.

“I like our defense so far. We have a good game plan for Neshaminy and we’re prepping for it,” Fisher said. “We’re super excited. We know we have a good team coming back. We’ve been training and it’s been kind of hard because of the pandemic. But we’re thankful to have a season.”