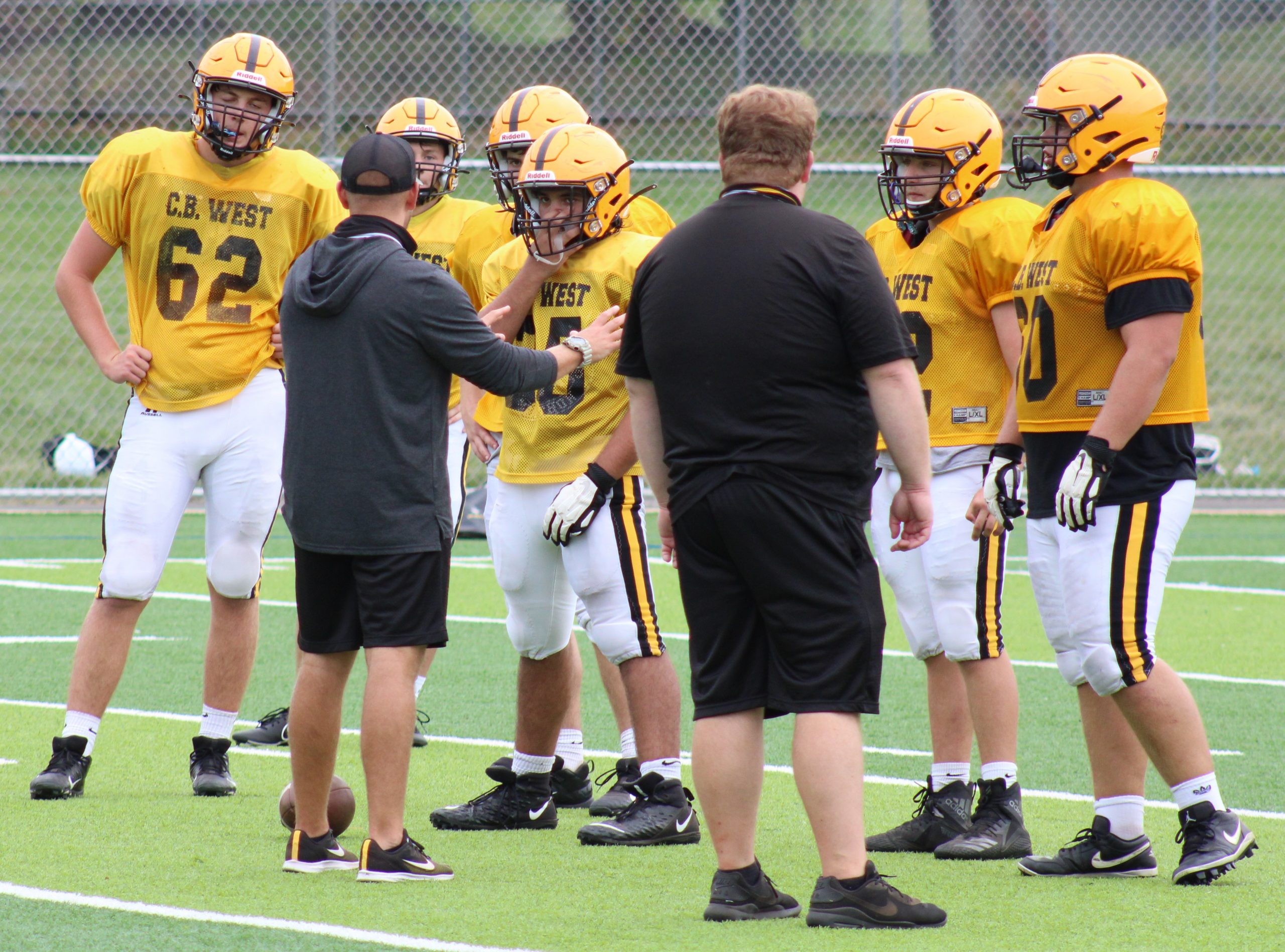 DOYLESTOWN >> Last year may have been only a taste.
“We have a year under our belt with this system so we look forward to building off of that,” said senior Jackson Spradlin, a 6-foot-2, 290-pound force who powers both lines for Central Bucks West. “We’re looking to have a very successful season. We’re looking to be even better than last year. We have some great, young prospects, great talent. I’m looking forward to working with all of the guys.”
The Bucks are saddled up and ready to take their Wing-T attack further in 2020.
“We’re really trying to expand upon what we did last year. Last year was our first year running this offense, and I think going into this offseason, our whole focus was, ‘how can we run this offense in its totality?'” said coach Rob Rowan, who guided West to the District 1-6A Quarterfinals last fall.
Good group >> Rowan likes what he has seen from the Bucks in the offseason.
“They’re incredibly tough and resilient, and I think they put that on display the past 13 weeks,” he said at practice this week.
West has a lot of new faces, but many saw some playing time last year.
“They’re good, hard-working guys,” Spradlin said. “I think we have a championship-caliber team this year.”
The Bucks will lean on Spradlin up front, and have a bundle of speed in Jack Fileppo.
The Bucks captured the SOL Continental title a year ago, riding to a 9-1 regular season. They’ll be battling for an SOL National title this time around, and their defense will be key.
Get to the ball >> Fileppo embodies the Bucks’ swarming style on defense, manning one of the inside linebacker spots.
“For us, it’s really about playing aggressive, attacking-style defense,” Rowan said. “We talk every day about pursuing the football, getting there in a violent way, 11 hats to the football.
“You look at any successful defense on any level, and it’s because of their aggressiveness and their willingness to pursue and tackle the football.”
West takes a lot of pride in its special teams play, and this year is no different.
Said Rowan: “We certainly feel like we have some guys there that are weapons.”

Coach: Rob Rowan (third season).
Last year’s record: 10-2 overall (5-1, first in SOL Continental); lost to Coatesville in District 1-6A Quarterfinals.
Key returners: Jackson Spradlin, Sr., guard/defensive tackle (6-2, 290); Jack Fileppo, Sr., halfback/inside linebacker (6-0, 200).
Outlook for the season: The Bucks captured the Continental a year ago and should challenge for the top spot in the National this season.