Mercury Football Preview: With some experience, Methacton hoping to ‘double up’ in ’20 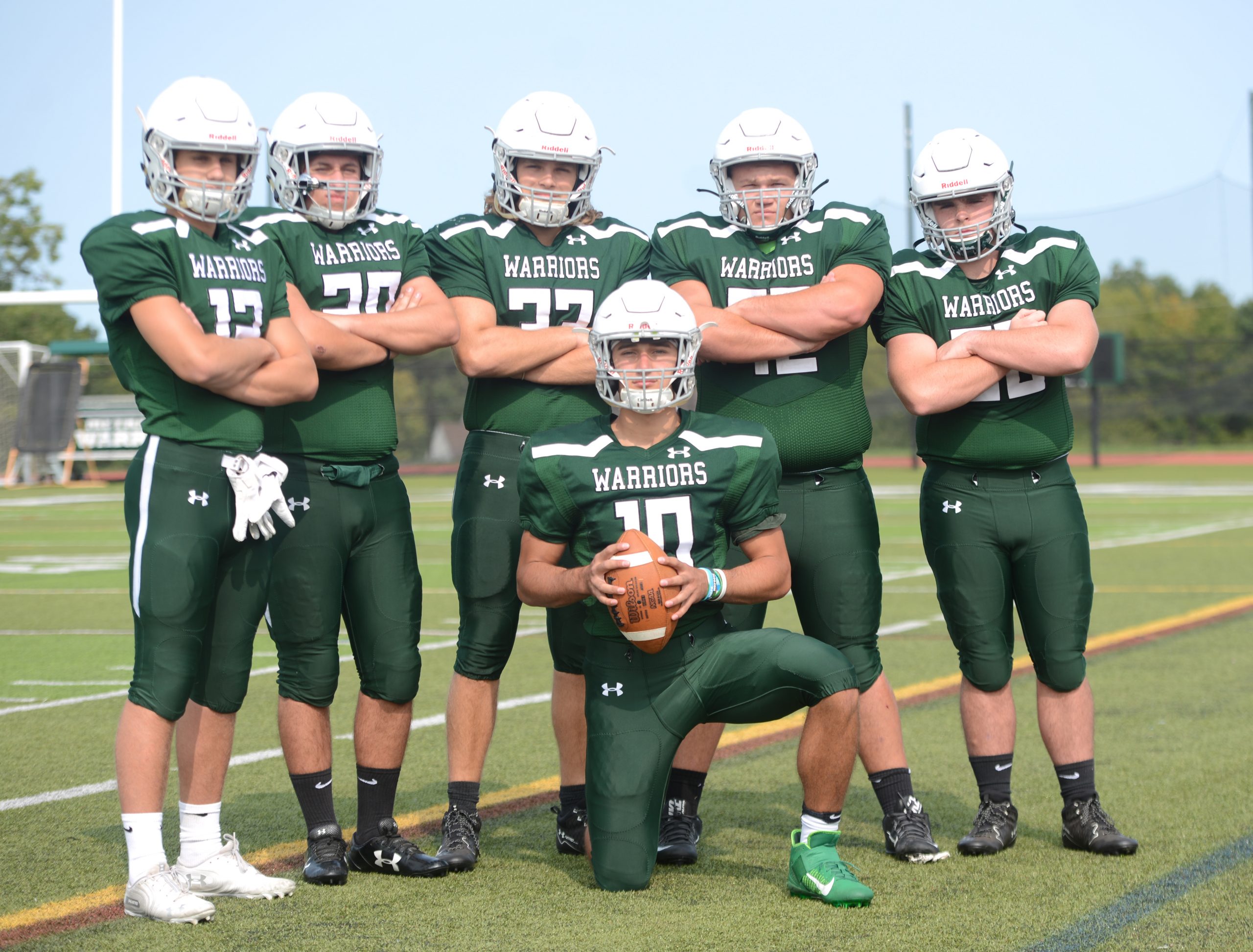 The 2020 offseason was plagued with uncertainty for local high school football players. But Methacton quarterback Mike Merola decided to use the time to control what he could and make himself better.

“When we got back together after quarantine,” said Warriors coach Dave Lotier, “Mike had put on about 10-15 pounds of muscle. He’s looking great, and it’s always nice when you have your starting quarterback returning.”

The Warriors are one of only two PAC Liberty teams (Perkiomen Valley) who enjoy such a luxury this season. Merola, who threw for over 800 yards with eight scores in 2019, will be counted on to lead a Methacton offense that graduated numerous key contributors at the skill positions and will look to reload in 2020.

But Merola doesn’t figure to be a one-man show behind center. Junior Dan Brandi took a number of snaps last year in a do-it-all offensive role, offering the Warriors the ability to use multiple looks on offense.

“Dan’s got size, some speed, he can throw the ball – he does a lot of things well, he’s hard to take off the field,” said Lotier. “And it’s nice to have a number of options (at quarterback).”

Losing running back Mike Torcini for an extended period a year ago was a tough blow for Methacton, but it came with the benefit of getting Justin Carfrey added experience. Now Carfrey moves into the starting role in the Warriors’ backfield.

“He’s a hard worker, and definitely a candidate for a breakout season,” said Lotier.

Fullback Ryan Cassidy will help lead the way for Carfrey, who will be powered by a big, experienced offensive line led by four returning starters including all-conference performers Mario D’Addesi and Dan Meier. Quinn Shields and Brian Stagliano are also experienced seniors returning to their roles up front.

“We’ve got multiple guys, well over 200 pounds and coming back with experience – that’s a luxury we haven’t had since I’ve been here,” explained Lotier. “I’m pretty excited to see what that unit can do.”

Pass-catching targets will need to emerge for the Warriors, after losing their three top targets from 2019. Lotier, however, says he has plenty of worthy candidates capable of filling those roles, led by senior Justin Gumienny and joined by juniors Ryan Dickey and Matt Blakemore. Tommy Dickinson and Josh Cancro are also candidates to see time on a unit that should be the strength of the Methacton attack.

Many of the same names feature on the defensive side of the ball, where D’Addesi received additional honors last year anchoring the defensive line alongside Meier. Gone is leading tackler Brent Romano, now playing at California University of Pa., but Chris Augustine, Tyler Weil-Kaspar, and Jude Wozniak return to fill the void at linebacker. Dickey, who received some preseason all-state mentions, will lead the secondary at safety, flanked by Gumienny and Blakemore.

In all, nine of the 11 starters saw extensive time on defense last year. It was an up-and-down season for the unit in 2019 but returning experience figures to be even more valuable than usual after the topsy-turvy offseason.

In the kicking game, sophomore Tyler Ready figures to play an important role. Lotier describes him as “not a kicker, more of a football player with a strong leg.”

Big picture >> “Double Up” has been established as a slogan for the Warriors. “It has a lot of meanings for us,” said Lotier. “It means we want to work twice as hard, we want to bring in twice as many guys, our weight room numbers – it covers everything.”

With only five games set on the schedule, “doubling up” on their three-win performance for 2019 could prove difficult. In fact, claiming the same number of victories (three) in PAC play would count as significant progress towards consistency for a Methacton program that’s sprung an upset or two in Lotier’s first two campaigns, but has yet to break through against a top contender.

“Last year we wanted to climb the ladder, move up the standings a bit,” said Lotier. “This year, we want to open more eyes, and end with a winning record, no matter how many games we manage to get on the schedule.”