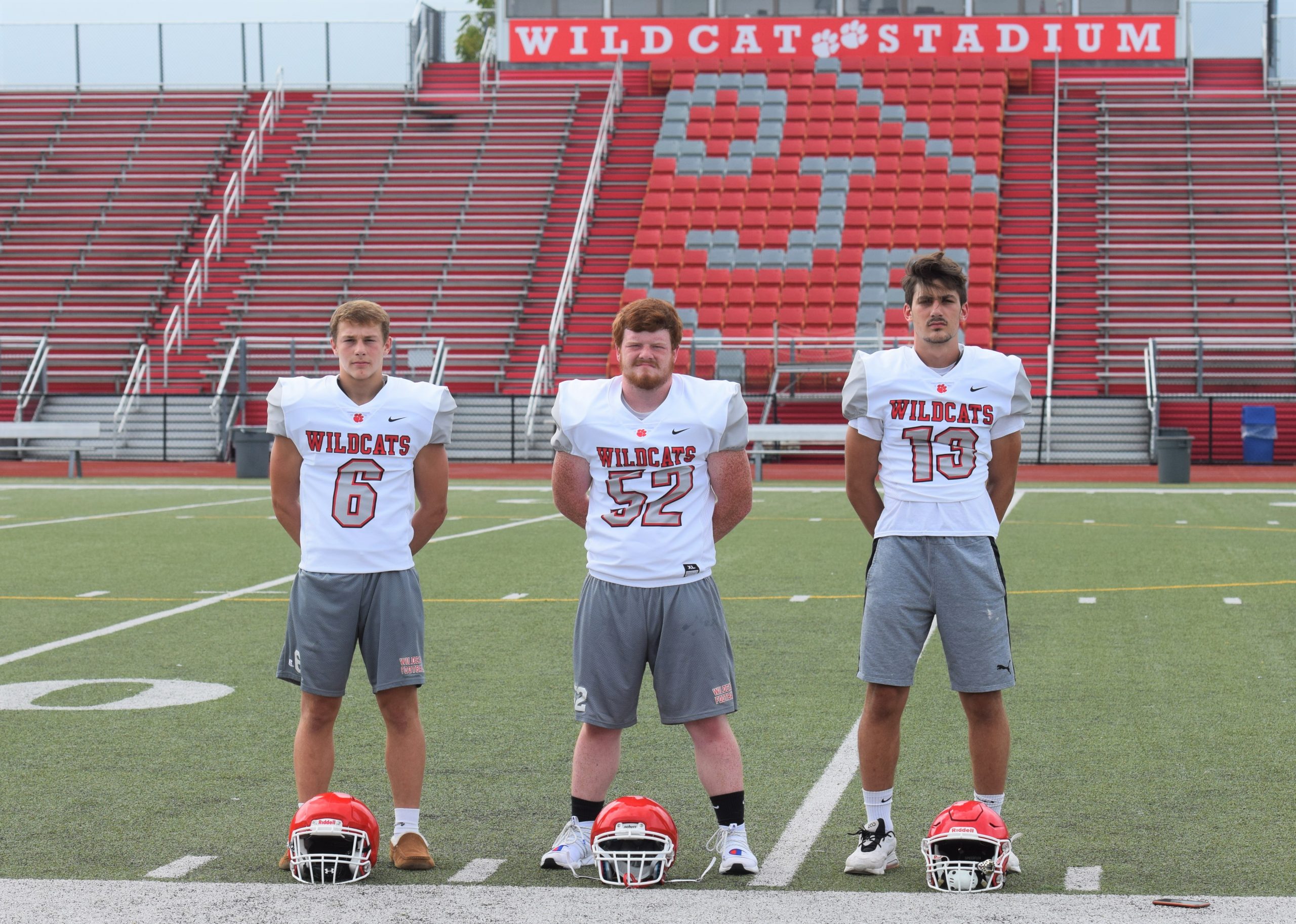 He’s been a leader by virtue of his game-day performances for several seasons.

This fall, Dante DeNardo — by virtue of his advancement to senior status in the Class of 2021 — will become even more of a leader for the Owen J. Roberts football team. His leadership role will be further magnified by the small number of classmate teammates on the squad (seven) and a roster whose number exceeds those of previous years.

“It’s actually nice to see,” he added. “We finished with 38 last year. We had barely enough for an offensive scout team.

“It’s nice to see kids out. We hope they stick with it.”

“We have more players than usual,” head coach Rich Kolka noted. “Some didn’t play sports in the spring and want to do something.”

While seeking to step upward from its 2019 finish — 3-2 in the Pioneer Athletic Conference’s Liberty Division, a first-round exit from the District 1-6A playoffs — Owen J. is following the mindset Kolka is instilling in response to the COVID-19 pandemic and its impact on the high-school sports scene.

“We have to go to practice every day thinking like it’s going to be the last one,” he said. “Especially for the seniors, whose spring season was lost. We have to take advantage of the days of practice we get.”

The pandemic hit particularly close to home when the OJR girls soccer team was recently put in a 14-day quarantine after a player’s parent tested positive for COVID. While the situation didn’t affect the football program’s operations, it gave it pause for thought.

“It’s really strange,” Kolka said. “We don’t know if someone is going to call and say he can’t come in for two weeks.”

So the players continue working toward their Sept. 25 season and home opener against Boyertown.

“We were supposed to start season with games against Conestoga, Ridley and Upper Merion,” DeNardo said. “But that’s not happening.

“It will be interesting to see how the schedule plays out. We’re mentally preparing for our rivalry games.”

DeNardo was OJR’s leading receiver in 2019, fourth in the PAC with 644 yards (14.6 yards per reception). First team All-PAC and second team Mercury All-Area as a wideout, he will also play defensive back.

Another senior defensive back, Matt Cutrone, was the league’s interception leader with nine his junior season. He will take on a significant addition to his offensive duties, stepping in at quarterback to replace the graduated Cooper Chamberlain.

“He has overall athleticism, runs well and has a good arm,” Kolka said of Cutrone, a second-team pick to the All-PAC Liberty Division and Mercury All-Area teams.

“He has a hard role to fill,” Kolka added, “but Matt’s had varsity experience. He knows the pressures. and he’s doing real well.”

A third senior, Liam Meacham, is back on the offensive line. He was second team All-PAC and Mercury All-Area honorable mention.

Ashton Shrum gives Owen J. additional two-way strength. He made the All-PAC Liberty and Mercury All-Area first teams as a sophomore at linebacker and showed significant ability in action at wide receiver.

“His work ethic is unparalleled. He works hard,” Kolka said. “He had only three catches, but two were for touchdowns.”

In the rushing game, Avery Grimm is stepping up from his primary role in 2019 as a junior-varsity player. He did, however, get some varsity touches his sophomore season.

Another underclassman, Austin Ramsey, brings considerable size to the trenches. The 6-foot-5, 315-pound sophomore tackle will be looked to for playing time on both sides of the ball.

DeNardo sees the experience levels on both offense, and in the defensive secondary, as team strengths.

“I played three years (offense), and our line looks great,” he said. “Our defensive secondary has experience, and it shows.

“Obviously, we’re trying for the goal of winning the PAC title,” DeNardo added. “We feel closer this year, working hard to win games.”

Kolka has expressed satisfaction with the team’s overall mood level through pre-season workouts and on the way to an abbreviated regular season.

“Depends day to day,” he said. “Most of the summer, they worked in small groups. They attended practices and were good every day.

“The younger ones have a lot to learn, but they’re making progress. I like this group.

“We’re playing for the moment. We’re fortunate to be playing, giving it all we got and seeing what happens.”