Mercury Football Preview: Boyertown looking to diversify the attack in ‘20 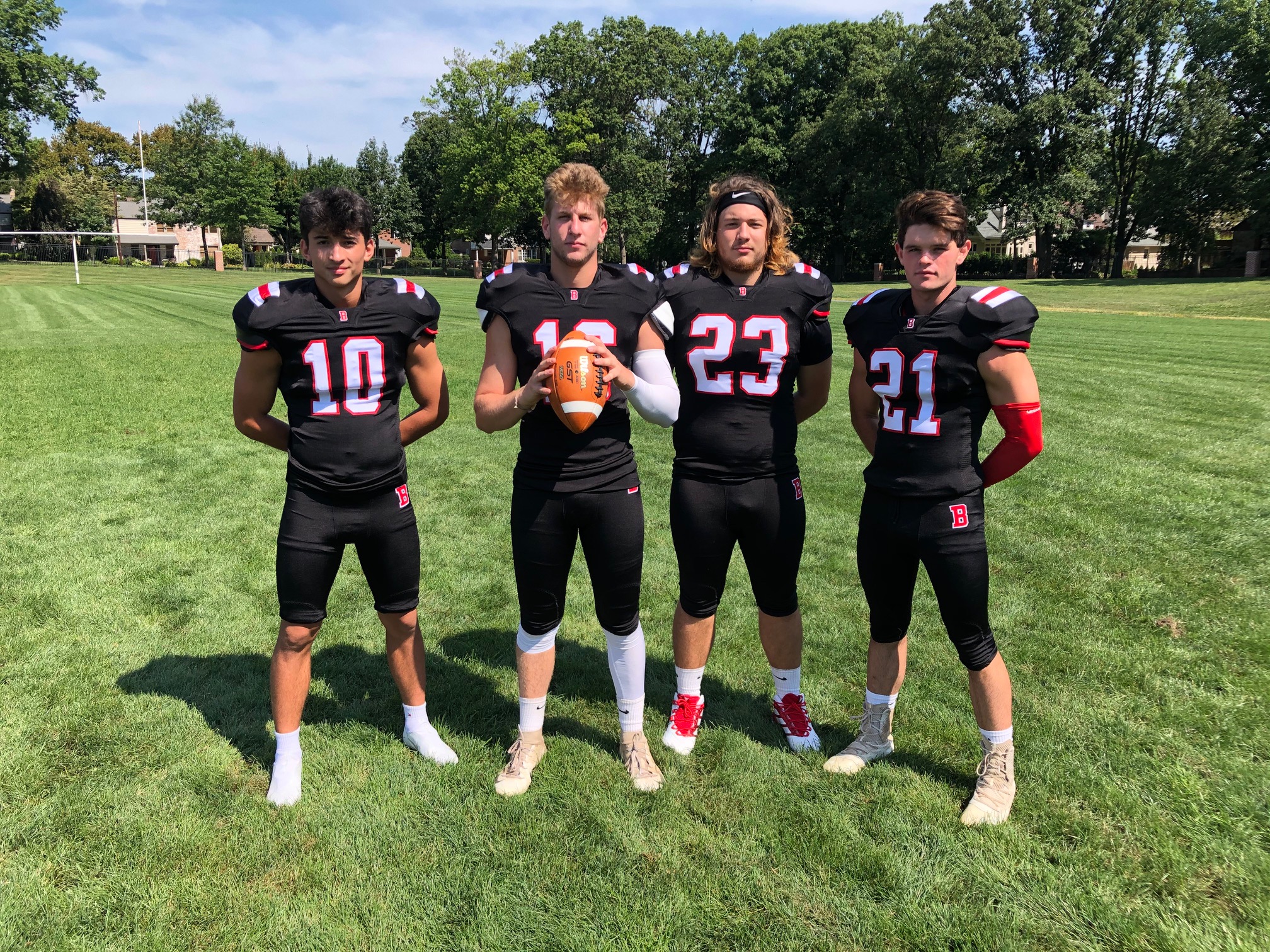 For years, the Boyertown program has been synonymous with a ground-and-pound, triple-option approach on offense.

But this preseason, it was the Bears’ pass-catching targets that drew the attention of coach TJ Miller.

A trio of two-way players – Luke Ordway, Connor Rohrbach, and Roman Marinello – will give the Bears ample opportunity to spread the ball around on offense and open up the field for the traditionally strong, downhill running game.

“We have a number of guys who can make a difference in the passing game,” said Miller. “Teams are going to have to honor that this season.”

At the helm of the offense figures to be Noah Segal, who saw time at quarterback last season alongside now-graduated Mason Marinello and figures to take the full-time role in 2020. Even with the Bears’ complement of pass-catching targets, the offense’s bread-and-butter figures to remains their triple-option approach.

Following the graduation of Mercury All-Area running back Jamison Moccia, Miller hopes to employ more of a committee approach to the running game this season. The front-runner is junior Leo Egbe, whose breakaway speed gives the Bears a chance to retain the same big-play capabilities they enjoyed with Moccia.

“Leo is one of the fastest kids around, and he’s powerful at about 6-foot, 205 pounds,” said Miller. “Zach Davis and Joey Dulin will be in there as well, along with Jon Myers. They’re all different types of runners who will give us a multitude of potential looks.”

Powering the entire unit will be an offensive line led by coach Jason Henley, a member of Kutztown University’s All-Century team who’s brought a new energy and excitement to his unit.

“We started working out back in December,” said Miller, “and Coach Henley was in the weight room every day. He has a standard of excellence that he demands from everyone on his offensive line, and as such we’re seeing a new attitude, a new edge, that’s moved through our offensive line and onto the rest of the team. The backs are confident in the line in front of them.”

Anthony Bauer will become a three-year starter at center, anchoring a unit with stalwart tackles Jimmy Sinclair and Joe Slowik. Cody Eakins figures to play one guard spot, while numerous players continue to compete for the last starting spot on the line.

On the defensive side of the ball, the Bears’ two main issues from last season – size and experience – will be addressed with several returning starters available. Segal will take a leadership role on this side of the ball as well at linebacker, while three-year starter Connor Rohrbach leads the secondary at corner, with Roman Marinello filling a key role at safety as the Bears attempt to shore up the defensive unit.

But Miller considers the defensive line a potential strength with Ordway and Sinclair as a pair of bookends.

“Before we got shut down in March, we saw Luke step up as a vocal leader,” said Miller. “As we said, he’ll play both sides of the ball – he’s a WR/TE on offense, a big target the likes of which we haven’t had in years. He’ll make a name for himself in the passing game.”

Miller described the Bears’ kicking game as a ‘work in progress’ after Declan Coyle graduated in 2020. The stable of weapons at wide receiver and running back figure to give the Bears the ability to break big plays in the return game yet again.

Summary >>  In a division dominated in recent years by the multi-faceted offenses of Spring-Ford and Perkiomen Valley, the Bears’ added versatility can only help in their efforts to improve on last season’s 3-7 mark. Experience on both sides of the ball is something of a rarity in the 2020 Pioneer Athletic Conference, and with running back Egbe as something of a wild card in the offense, there’s no reason to believe Boyertown can’t surpass last season’s standard of 20 points per game on offense.

They key will be on the defensive side, where the Bears will lean on a seasoned secondary to make plays. If Ordway and Sinclair can provide the pass rush Coach Miller expects, it’s reasonable to see the Bears finishing in the top half of the six-team PAC.