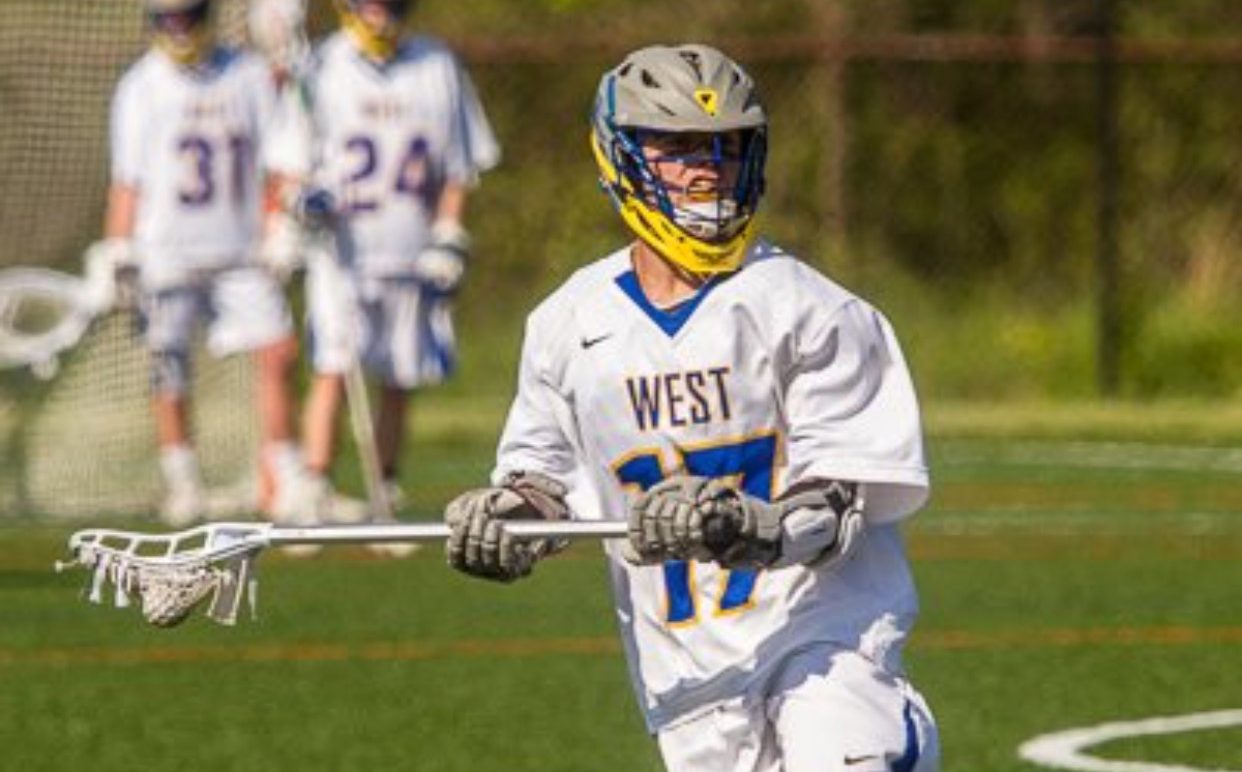 Like most young boys growing up in Oconomowoc, Wis., Jameson Smyth was drawn to ice hockey. The sport is ingrained into the very fabric of the region.

Smyth started playing at the age of 4, and continued when his family moved to West Bradford a few years later. Hockey was clearly his favorite activity until fourth grade rolled around, and a teammate’s mom helped introduce him to lacrosse.

“Luke Venzie’s mom convinced me to play lacrosse with Luke, and I made the ‘A’ team my first year,” Smyth recalled. “Since then I’ve had a great passion for lacrosse.

“I don’t think I ever would have played if it wasn’t for Luke and his mom.”

Often described as hockey on grass, he adapted to lacrosse seamlessly. Smyth eventually became an integral performer in both sports at Downingtown West

“They are both team-oriented and fast-paced,” he said.

After pouring in 31 goals (and nine assists), Smyth earned all-league honors in 2019, and headed into his senior lacrosse season as one of the area’s top midfielders. The campaign was eventually cancelled, however, due to the coronavirus pandemic.

“Jameson has shouldered the load for us, on and off the field, as the leader,” said Whippets head coach Billy Davis. “He leaves a lasting legacy and a large footprint of success.”

A part-time starter in 2017 as a freshman, Smyth suffered through a 4-14 season. But his class was talented and deep.

A 10-8 season followed as Smyth registered 19 goals and 17 assists, and West earned a berth in the district playoffs. But a year ago, the Whippets imploded late, culminating in a humiliating 17-1 setback to archrival Downingtown East.

“We had potential but things got messed up,” Smyth explained. “Our chemistry wasn’t good. Everybody was just doing their own thing and we weren’t playing as a team.”

The lopsided loss knocked West out of the playoff picture. And even though it was painful, it provided a rallying point for 2020.

“We worked hard in the off-season, and our coaches changed their coaching style to make it more fast-paced and team-oriented,” he said. “We were going to get shirts that said ‘17-1’ on the back.

“We never forgot that game.”

With 14 seniors, and some talented juniors like Luke Venzie, the Whippets were crushed when just two weeks into preseason workouts, the season was gone.

“I was very disappointed because this was the year we’ve been talking about since we were freshmen,” Smyth said. “We were going to be very good.”

Smyth was also poised to have a monster finale. At 168-pounds, he had put on nearly 50 pounds of muscle since arriving in high school.

“I love to work out,” he said. “I came into high school weighing 120 pounds. I had skinny arms and no muscle at all.

“I started working out at the end of freshman year and I went really hard with it all through high school. Once I started, I couldn’t stop. It helped me feel better about myself. And it’s been a game changer in both lacrosse and hockey.”

A defender in hockey, Smyth was a three season mainstay for Downingtown West.

“I gave it up my junior year because that’s an important year in lacrosse,” he explained. “It took me like a month to make that decision. The season for the club lacrosse team I played for, the Dukes, went deep into the fall and I wouldn’t have been able to play hockey under late November, and I would have missed a big chunk of the season.

“So instead of shooting pucks in the driveway, I was shooting lacrosse balls in my backyard. I focused solely on lacrosse and that eventually got me a bunch of college looks.”

Last summer he committed to play collegiately at Cabrini, which had just won the NCAA Division III National Championship. He was also pursued by Division I programs like Lehigh, Colgate and Hartford, and by D-III powerhouses like Salisbury St., Gettysburg and St. John Fisher (N.Y.).

Through three months of offseason workouts and two weeks of official preseason training, the Whippets were making huge strides in team chemistry and with a new offense that focused more on Smyth’s playmaking abilities.

“I was initiating just about every play,” he reported. “I think this season I would have had more assists because I think I had guys around me that could finish.”

A true two-way midfielder, Smyth has the skills to rack up a lot of points, but he still maintains a defense-first mentality.

“You need to play defense these days as a midfielder,” he said. “Knocking a ball out of (an opponent’s) stick on defense feels better than a goal to me, to be honest.”