SENIOR WEEKS: Malvern Prep’s Butera must bounce back from adversity once again 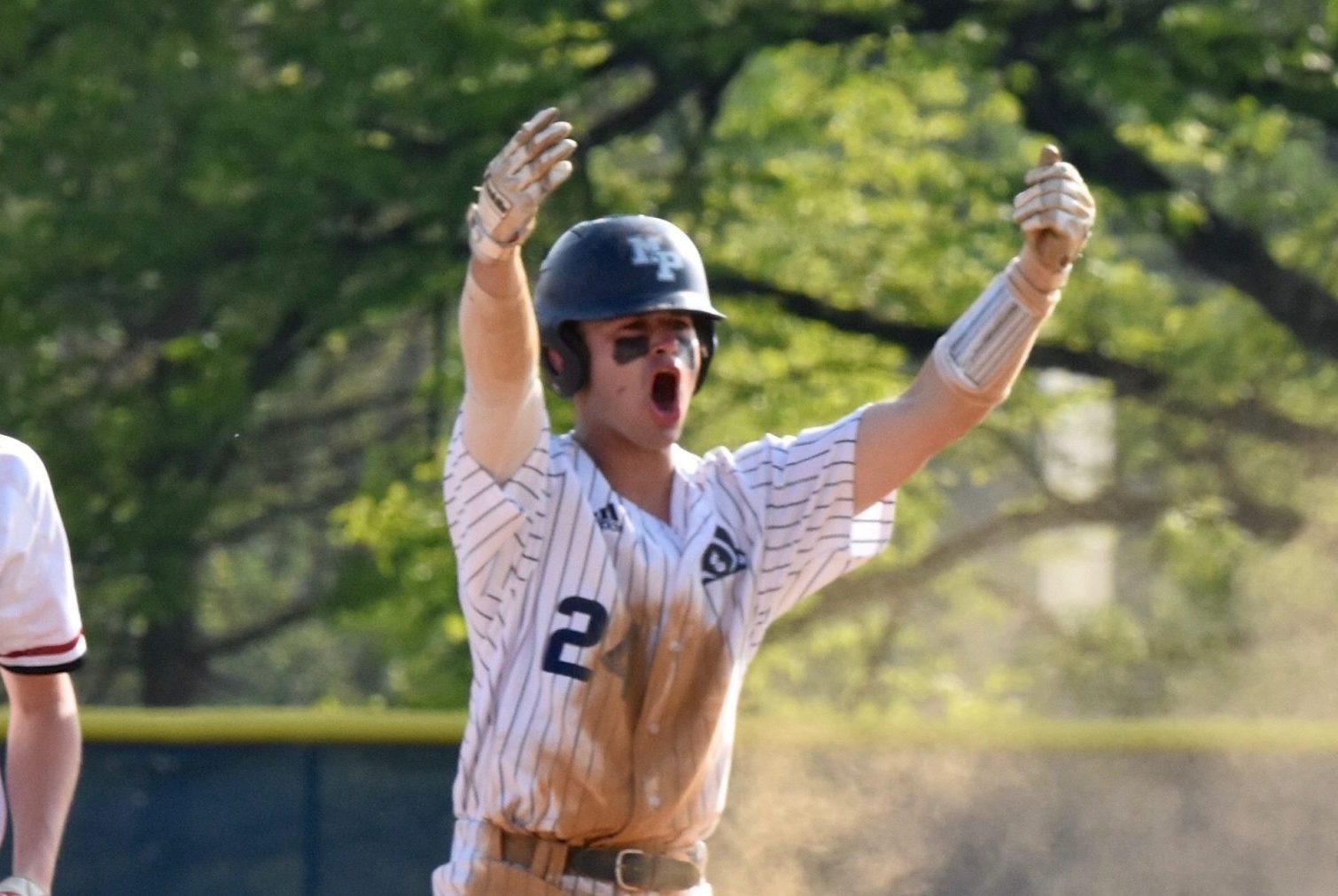 Drew Butera, who graduated from Malvern Prep last month, knows a thing or two about bouncing back from adversity on the baseball diamond.

After a promising freshman baseball season at Archbishop Carroll, Butera transferred to Malvern Prep for his sophomore year. Unfortunately, he suffered a torn ACL and missed his sophomore baseball campaign for the Friars.

Butera came back to the baseball diamond his junior year after an extensive rehab, and was rounding into top form as a hard-hitting outfielder toward the end of the 2019 spring season, as Malvern Prep captured another Pa. Independent Schools Athletic Association state baseball title.

Then, this spring, the COVID-19 pandemic struck, which eventually caused the cancellation of the Malvern Prep baseball season.

“The thought of not ending the season in a dog pile really stung,” said Butera. “Going into this season I truthfully had one thing on my mind, winning an Inter-AC championship. Personally, I felt I had another level of play to display for my team and to show the league. Throughout the off season I was very dedicated to my swing and really thought I figured things out. My swing felt very smooth and was excited to get back out there.

“Malvern Prep baseball was without a doubt the most enjoyable baseball I have ever played and wish we could suit up one more time.”

Fortunately for Butera, his baseball career is not over, as he will be suiting up next spring for the Franklin & Marshall College baseball squad.

Malvern Prep baseball head coach Freddy Hilliard said, “The first thing that anyone that’s ever been around Drew will tell you is that he is one of the hardest working kids you’ll ever meet, a true grinder, and an amazing teammate. On the field, he can hit and hit with power and has a big time arm from the outfield.

“Unfortunately, we only got to enjoy watching him play one year here due to an injury sophomore year and this cancelled [2020] season, but you don’t need to be around Drew long to not only know what he’s capable of doing on the ballfield but also the type of character he possesses and his love and passion for the game, his teammates, and his coaches.”

Drew comes from a baseball family whose members have excelled on the baseball and softball diamonds.

Drew’s older sister Amanda played softball at Pope John Paul II high school, then went on to play shortstop at Misericordia University, where she was named to the All-MAC Freedom second team in 2019, batting .364 with .444 on base percentage and 16 stolen bases. She was named first team All-MAC Freedom and Rookie of the Year in 2018, batting .415 with nine home runs, 61 hits and 40 runs scored.

Drew’s younger sister Olivia was slated to be the starting shortstop as a freshman on the junior varsity team at Pope John Paul High School last spring.

“The most important thing my siblings instilled in me was a work ethic,” said Drew. “I saw them put in hours on hours of hard work and felt that’s also what I needed to do to improve my game. Growing up I went to all of their games and watched the hours of work they put in pay off. That pushed me to do the same.

“Growing up my baseball mentors were definitely my brother and father [Dave]. From watching Phillies games together to throwing me batting Practice, I was a student of the game to them. I wouldn’t be nearly the player I am today without them.

“Another key baseball mentor for me was Coach Freddy Hilliard. I found a respect for the game when I started playing under him. Coach Freddy taught me how to play the game of baseball the right way.”

As a freshman baseball player at Archbishop Carroll in 2017, Drew was among the Catholic League batting leaders, and was getting some attention from Division I baseball programs. Unfortunately, Drew then suffered a torn ACL the following year. Coincidentally, his sister Amanda had also suffered a torn ACL in high school as well.

“Missing my sophomore year was rough, not only for the recruitment process but just not being able to play was hard,” said Drew. “Watching my squad play and not being able to contribute was a hard thing to come to terms with.

“Luckily, I took my rehab seriously early on, and looked at it as one step closer to getting back on the diamond. I could only control what I could control so if that meant going about rehab like it was practice, then that’s what I was going to do.”

The hard work paid off, as Drew cracked 20 hits for Malvern Prep as a junior, scoring 20 runs and recording a .402 on-base percentage.

Butera was active in many non-baseball activities at Malvern Prep, serving as a leader for CAC (Catholic Athletes for Christ), SALT (Student Athletic Leadership Team), and Speak Up. He also was a member of the Young Politicians Club, and the school’s Current Events Club.

At Franklin & Marshall, Butera plans to enter the school’s business program. He has expressed interest in becoming a commercial real estate broker, as both his father and brother are in that business.