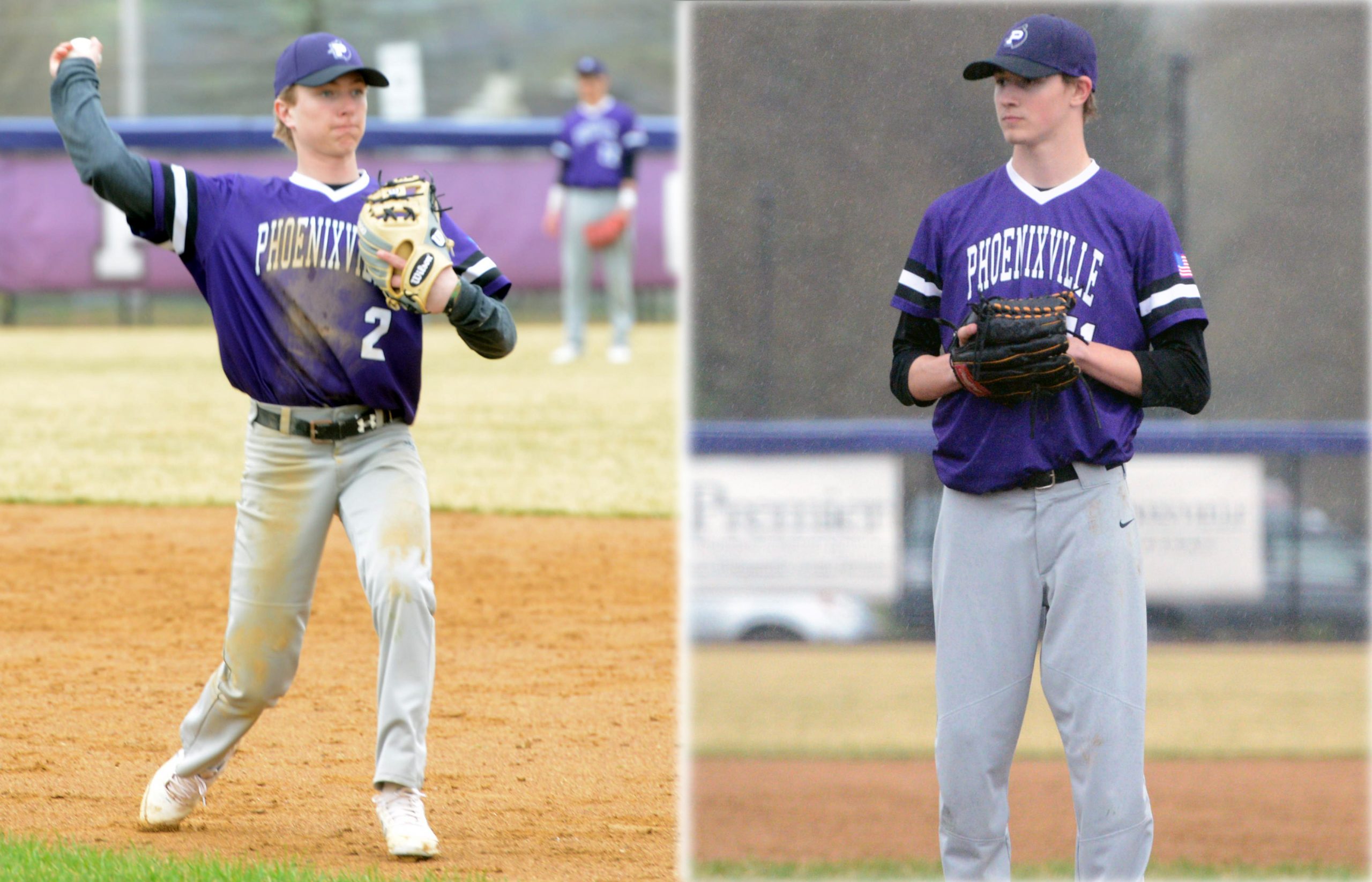 Noah August and Will Trianosky have been part of some celebratory dog piles together, dating back to when they were 8-year-old Kimberton baseball travel team player.

Amongst the accomplishments growing up were winning districts, going to states and regionals, and winning various tournament championships with their club baseball teams when they got a little older.

“He’s been one of my best friends all growing up,” August said of Trianosky.

It’s a moment Phoenixville seniors August and Trianosky can continue to relive together over the next four years as they room together at West Chester University.

“That’s going to be nice considering we’ve played baseball together since we were 8 years old,” Trianosky said of rooming together. “We’re great friends and it all ended up working out. … We’ve been basically best friends since we started playing baseball when we were 8 years old. We never lost touch, nothing. It’s going to be good to have somebody up there with me who has my back and I have his.”

Due to the COVID-19 pandemic, Trianosky and August were two of the Phantoms’ seniors who were unable to help Phoenixville go on its first PAC title defense since 2003.

The two friends were also set to have a little more weight in deciding whether the Phantoms would defend their title or not, stepping into larger roles with the departure of a talented 2019 class.

“I was extremely excited,” August said. “Last year, I had a small role, come in and pitch every once in a while, pinch runner, stuff like that and then I knew this year I would have my shot to start. I worked all offseason, grinded and had my chance. … (Trianosky) would probably be one of the aces.”

August and Trianosky both made an immediate impression on first-year head coach Geoff Thomas, who coached at PAC Frontier rival Pottstown the previous two seasons.

“They were role players on last year’s championship but they would have been key players in this year’s outcome. … Will was going to be one of my main left-handed arms and Noah the starting second baseman, lead-off hitter,” Thomas said. “I know they’re solid friends. Both were leaders of the team. I looked for Will’s leadership.

“He’s such a polite guy, he’s a ‘Yes, Coach’ personality. Noah and he both, and all of the seniors, they just really handled themselves like professional young men who I’m really looking forward to all of their success.”

Trianosky, a left-handed pitcher who has been with the varsity team since freshman year, saw plenty of innings for Phoenixville in 2019, even tossing a six-inning no-hitter against Thomas and the Trojans. He came on in relief in the PAC semifinal win over OJR in 2019 before injuring his hand and missing the remainder of the playoffs.

With the departure of innings-eater Luke Bagley, Trianosky was in the mix, along with sophomore Drew Kingsbury and junior Jason Bilotti, who both pitched the PAC title game in 2019, and others like Tim Nesspor, Troy Yeager and Mike Memmo, Kade Breisblatt and Dylan Pinella and to take the mound in big games for Phoenixville this season.

Trianosky said his efforts this offseason were concentrated on adding a few miles per hour to his fastball to prep for his turn leading the Phantoms’ pitching staff.

“Myself as a pitcher, I’m not a big velo guy,” Trianosky said. “I’m just a lefthander trying to hit the spots, working offspeed a lot. This year, my main goal was to improve my velocity on my fastball. I think I got it up a little bit but didn’t get the chance to show it.”

“I think I could have easily taken the role of starter in big games if need be, and I think we also had a couple other pitchers coming in this year who could have done the same thing,” he added.

August was a Swiss Army knife for Phoenixville in 2019, often being called on to courtesy or pinch run, coming off the bench as a defensive replacement over at second base or coming in on the mound for relief.

This offseason August put most of his efforts into getting stronger, hoping to improve at the plate. Thomas anticipated that August would start at second base for Phoenixville and hit near the top of the order. In the team’s only scrimmage of the season he had a multi-hit day, which was validation for the hard work he put in.

“My freshman, sophomore year, I didn’t really have the drive to get better,” August said. “I was kind of a bench player for varsity and then junior and senior year I kind of put it all together with work for my senior year because last year Devon (Goryl) was at second and I wasn’t going to be able to play much. … I just took after him really, getting stronger in the offseason and getting a starting spot my senior year.”

His childhood friend Trianosky was equally anticipating August’s breakout senior season before heading off to college together.

“I was really excited,” Trianosky said. “He definitely would have taken a spot in the lineup. He has a great stick, and he’s a solid second baseman, one of the best I’ve seen growing up. He would have done fine, and I know he would have played a lot. I was excited for him.”

Though they’re time at Phoenixville is done and possibly playing careers together — the two have discussed trying out for the baseball team at West Chester — the pair of friends will remain close at college next year.

Along with the numerous car rides, bus trips and many other moments, they will always have that dog pile on top of the mound at Spring-Ford last season to talk about for many years to come.

“We’ve had a good career,” Trianosky said. “It’s been nice doing it with him.”