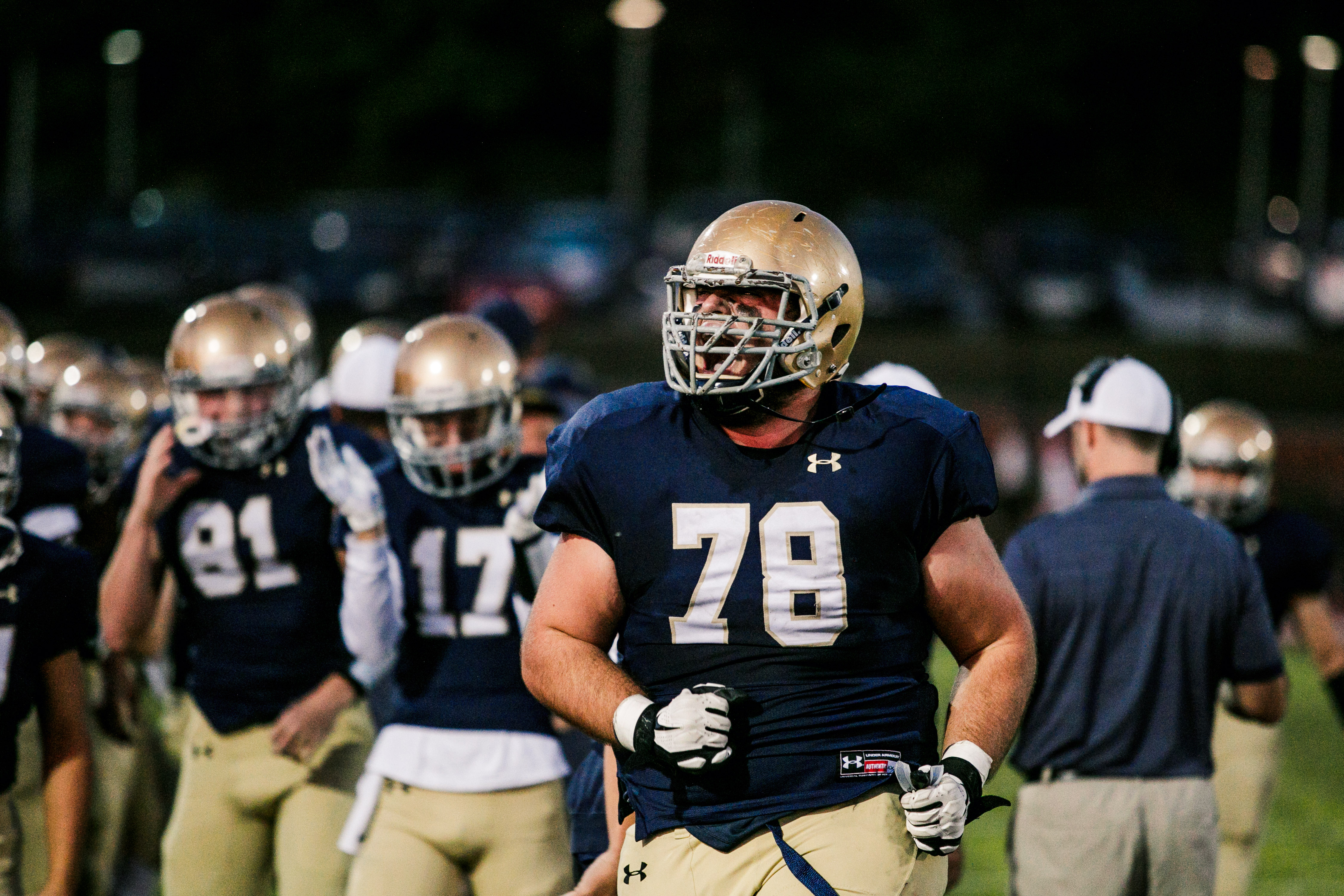 Nine months ago, West Chester Rustin’s Gabe Walsh decided that instead of taking it easy for his senior year, he was going to challenge himself to the limit.

That meant that he was going to become, for the first time, a three-sport athlete by adding track and field to his usual double-dip of football in the fall and wrestling in the winter.

The Glen Mills resident had geared up for the busiest academic year of his life, but two-thirds of the way through the gauntlet, the bottom fell out as all spring sports were delayed and ultimately cancelled due to global threat of COVID-19.

“It’s been a weird change,” he said. “There is definitely a lot of free time now, which I wasn’t expecting.”

Walsh is still working out these days, lifting weights and running, in order to stay fit for football. That was one of the main reasons he decided to add track to his schedule in the first place.

“I just wanted to hang with some of my friends and really stay in shape for football,” he confirmed.

At 6-foot-3, 285-pounds, Walsh is a promising defensive line prospect and will be attending Indiana (Pa.) in the fall. He was a two-year starting tackle for the Golden Knights, and was a first-team All-Ches-Mont American pick as well as a second-team All-Area selection as a senior.

“Gabe is a naturally quiet kid until he gets the pads on and then all bets are off,” said Rustin assistant coach Chaz Brown.

According to Walsh, the highlight of the season came in the district playoffs, where Rustin avenged a 2018 district final loss to Upper Dublin in round one, and then topped arch-rival West Chester East in round two, just a few weeks after the Vikings prevailed during the regular season contest. After taking a short week break, Walsh began his third season as the Knights’ top heavyweight wrestler. His goal heading in was to reach the 50 career win plateau.

Among several upset wins last winter, Walsh’s biggest triumph came when he pinned West Chester East’s Hugh Lemon-Kishi in a regular season bout. He capped it all off by placing fifth overall in sectionals.

After another brief break, Walsh turned his attention to the shot put and discus. He hadn’t competed in either since back in middle school.

“I remembered some stuff and I had some great coaching to help me get back into it,” he said. “I was looking forward to it and I thought I was going to do pretty well.”

Despite making quick progress as he refined his form, the track season was postponed, and then cancelled, before it began.

“It didn’t end up much of a high school career in track,” Walsh chuckled. “We had two or three weeks of practice, and that was it.”

Despite the way it ended, Walsh considers himself pretty lucky. He was able to finish off two-thirds of his senior seasons, which softened the blow of missing out on the third.

“I was glad to have finished my two main sports,” he said. “I know a lot of guys that just play baseball or run track and they were upset that they didn’t get to compete at all.”