Senior Spotlight: Hill School’s Gartner has passion for baseball, beekeeping and beyond 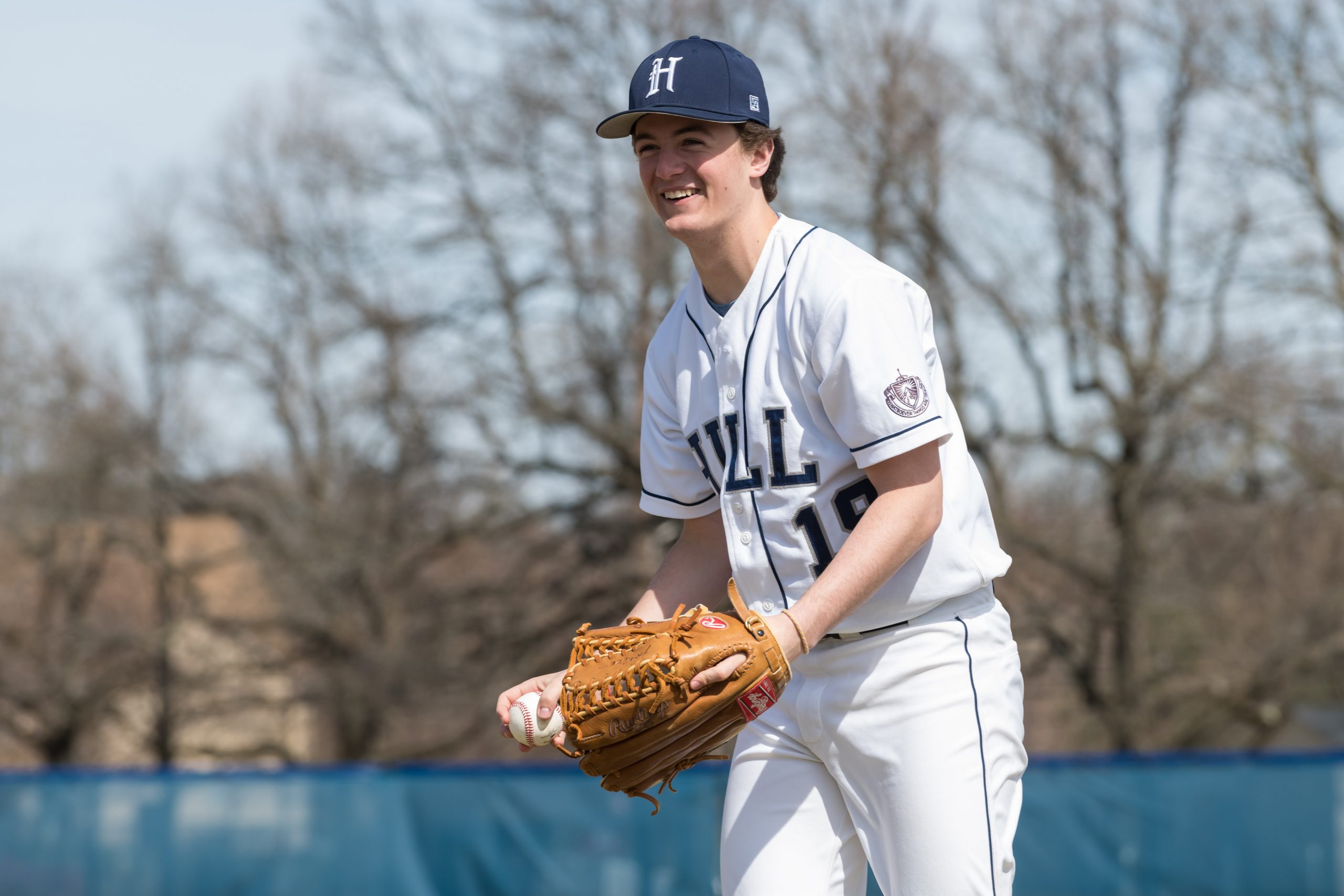 Henry Gartner had to make a quick stop before most baseball practices last spring.

Dressed in his practice gear and cleats, the Hill School outfielder and ice hockey player went to go work on a special project he started after hockey season.

With the help of one of his teachers, Gartner constructed two honeybee hives on campus, which have helped improve the school’s sustainability by fostering the pollinators.

Beekeeping is one of multiple ways the Blues’ two-sport athlete, who is graduating this spring, has found a way to leave his mark at Hill.

“I didn’t really expect to be doing that when I first came in, but it’s really been a fun experience,” Gartner said. “And it’s also inspired some other kids which is pretty cool.”

Like every other high school senior, Gartner had his time as a student shortened by the coronavirus pandemic, including his senior baseball season. Luckily, he made his most out of his three years at Hill.

Gartner, who is originally from Briarcliff Manor, New York, said his parents have always pushed him to get involved wherever he was. In his first two years of high school before arriving at Hill, Gartner was part of the student government and similar organizations.

Henry Gartner, right, works on one of the bee hives he helped construct at the Hill School. (Courtesy Henry Gartner)

Since joining the Hill community three years ago, Gartner played baseball and hockey, started a beekeeping club and acted as a prefect, one of the top leadership positions at the school.

Gartner also took on a leadership position with Hill Hockey Helps, the hockey team’s charitable outreach program in the Pottstown community. He was the lead organizer of this year’s PAL Hockey Night in Hill’s Hall/Eccleston Arena.

“We’re very, very fortunate to run into all sorts of kids with all kinds of interests and talents, and Henry fits that bill,” Hill School hockey coach Chris Bala said. “Henry definitely made the most of his time here and left a pretty cool mark.”

Gartner’s mother is a beekeeper and he used to help her with her beekeeping at their home in New York. The idea for the bee hives at Hill began as an end of the year project last spring.

Science teacher Brett Dioguardi, who is also the High Meadows Foundation Chair of Sustainability and an assistant football coach at Hill, helped Gartner with setting up the hives, along with advice from his mother and another Hill professor who is a beekeeper.

One of the most exciting parts of the process Gartner said was driving home with a box full of a couple thousand bees on his lap.

The hives were set up before the end of last school year, and with his mother’s help, Gartner harvested honey from them earlier this year. Gartner said he sold about 60 jars around Valentine’s Day (the pitch was “Honey For Your Honey”). The funds went back into resources for the hives as well as other local organizations.

“Even with putting in two hives on campus, that’s making a world of difference in just getting people, specifically student, in the Hill community, to understand how big of a difference it could make I think goes a long way,” Gartner said

Gartner found another way to keep himself busy this winter as the organizer of the hockey team’s charity arm, Hill Hockey Helps.

Started by Vinny Petrone two years ago, the mission of Hill Hockey Helps is to give back to the Pottstown community by supporting local youth hockey organizations, including Pottstown Police Athletic League Dek Hockey.

The marquee event is the PAL night, a fundraising event where all the participants in the Dek hockey league are invited to Hill for a game. After Petrone graduated, Gartner spearheaded organization of the event this year.

“(Henry is) a great kid and then you add all these other layers onto it,” Bala said. “I think he is a really great example of the way that our kids take on leadership roles. They both adapt to things they find here at Hill like for him to step into the Hill Hockey Helps role.

“But at the same time he brings something of his own. He brings his beekeeping interest and that’s what we need kids to do here is fit in to what Hill’s all about, but we really benefit from kids having their own abilities and talents.”

He’s left the beekeeping responsibilities into teammate Will Schaller’s hands next year and hopes to find a new type of project wherever he ends up going to school.

“I think I’m definitely going to get involved in an environmental science club or bee club if there is that or maybe even start one again,” Gartner said.