CB West comes up clutch again behind Spratt and Irons, grinds past Spring-Ford in District 1-6A semifinals 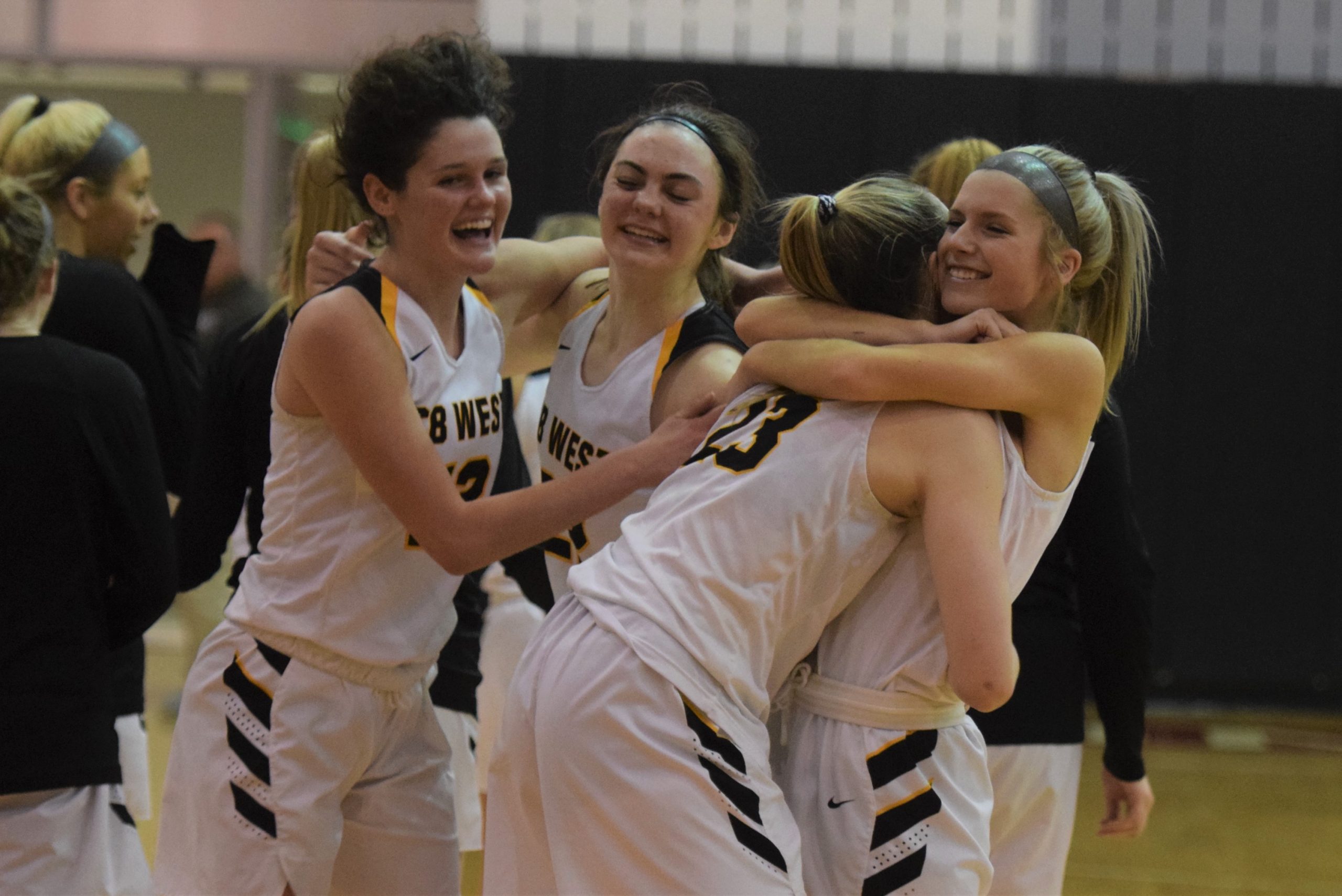 FRANCONIA >> It’s a belief of many in basketball that not much good comes of trying to block jump shots.

That’s exactly why Emily Spratt wasn’t trying to block the three-point attempt Spring-Ford junior Lucy Olsen lined up late in the fourth quarter of Wednesday’s District 1-6A semifinal game. Spratt didn’t try to do it, but she did block the would-be tying shot, giving the Central Bucks West sophomore a final play in a strong fourth quarter that sent the Bucks on the path to Temple.

Key plays from Spratt and Olivia Irons carried No. 2 seeded West through in a tight 49-45 win over the No. 3 Rams in the first of two semifinals at Souderton.

“I was just putting my hands up and I was surprised it hit my hand,” Spratt said. “It wasn’t like I was trying to block her, it just happened.

“I was just thinking ‘this is for the seniors,’ we had to do it for the seniors and for ourselves, we’ve worked so hard we can’t give that up for one game.”

Spring-Ford (23-4), buoyed by the return of Emily Tiffan after an 18-game layoff, played nearly every bit the airtight defense West (23-4) did with Olsen not only working hard on the offensive end but on defense as well trailing West’s Maddie Burke. With Olsen all but glued to her uniform, Burke only scored four points but there was the Penn State-bound senior again diving on the floor for a steal with two minutes left in the game.

It was an all-too familiar outcome for the Rams, who fell for a third straight season in the semifinals and will have to travel to No. 1 Plymouth Whitemarsh for the third-place game Friday night. There wasn’t one thing Spring-Ford could point to, but an accumulation of the small miscues that can separate two very good teams on a given night.

Spring-Ford, behind six from Olsen and five from Skylar Sullivan, led 11-9 after one but West responded with at least five different players chipping in at least a point in the second quarter to drag a 20-18 lead to the break. It was all defense most of the night, with Burke being held in check and Spratt doing all she could to keep Olsen from getting to her spots on the floor.

It seemed like the Rams had finally put a crack in the Bucks’ defensive wall with a 9-0 run in the middle section of the third, opening up a 29-22 lead. The last basket of the run came off an offensive rebound, with Tiffan grabbing a miss and quickly feeding Alyssa Yuan for the open layup.

“It really means a lot, I feel so happy for Emily, she missed 18 games and she’s a huge part of our team,” McDaniel said. “She’s not where she will be, we understand that but we knew they would crowd Lucy down the stretch and we had all the confidence in Tiff or Sky to get a shot there.”

West clawed back within three before Spring-Ford’s Gabs Alessandroni, who played very well off the bench, buried a three with 40 seconds left in the third.

Spring-Ford’s Emily Tiffan puts up a shot and scores between a pair of Central Bucks West defenders during their District 1-6A semifinal on Wednesday, Feb. 26, 2020. (Austin Hertzog/MediaNews Group)

Irons, who had already given the Bucks four crucial points in the quarter, made a senior play to restore some momentum back for her side. Of course, she didn’t think it was going to be a helpful play at first but her 3-point shot with 22 on the clock banked in and West was down just three with eight minutes to go.

“It went in, I literally yelled ‘off,’ when I shot it,” Irons, who paced West with 15 points, said. “Whatever works.”

“We’ll take them how we get them,” West coach Zach Sibel said. “It’s players stepping up when their number and time’s called. Liv steps up, gives up a couple big shots when we’re down seven to get us back in the game, bring the energy back up and we’re an energy team so when we have that, we’re in good shape.”

McDaniel noted Irons’ shot-making ability as well and the senior guard, who had played the role of closer at the foul line the last two rounds, had one more major shot in her. Before that, the teams spent most of the fourth quarter trading leads, a three by Anna Blue putting West up briefly before Olsen, who led Spring-Ford with 14, hit four at the line to stake the Rams back in front.

“Spring-Ford is no joke, we battled them for two and three in the district the whole year and they’re here for a reason,” Sibel said. “It was a good game, one I’ll remember and one that took 20 years off my life but for all the best reasons.”

With 2:34 left, a pass from Jess Broskey found Irons on the left wing and the senior buried the go-ahead three and she would hit one of two at the line for a four-point edge with less than two minutes to play.

Spring-Ford twice rallied to within a point, the first off a Alessandroni floater with 1:02 left and the second on a score by Yuan on the block with 24.8 left. A rare miss at the line by Burke gave the Rams a chance but Broskey would get a piece of the shot with Spratt grabbing the board and getting fouled right away.

“My legs were shaking very, very much,” Spratt, who hit 6-of-6 at the line in the fourth, said. “Thank God they went in.”

Spratt canned both free throws with 12.9 left, West took a timeout then the sophomore got her hands up enough to tip the would-be tying shot with Broskey claiming the rebound to send West to Temple on Saturday.

“It’s three years in a row, and I really feel for them not having a chance to play Saturday at Temple,” McDaniel said. “It’s a different group of girls to a point but there’s also a lot of the same girls. We have to let the memory go off and get ready to play Friday. We’ll get back on the floor (Thursday) and practice.”

West will face No. 4 Pennsbury, a 50-41 winner over PW, in a 5 p.m. start Saturday at the Liacouras Center. The teams met in the SOL semifinals with West pulling out a win.