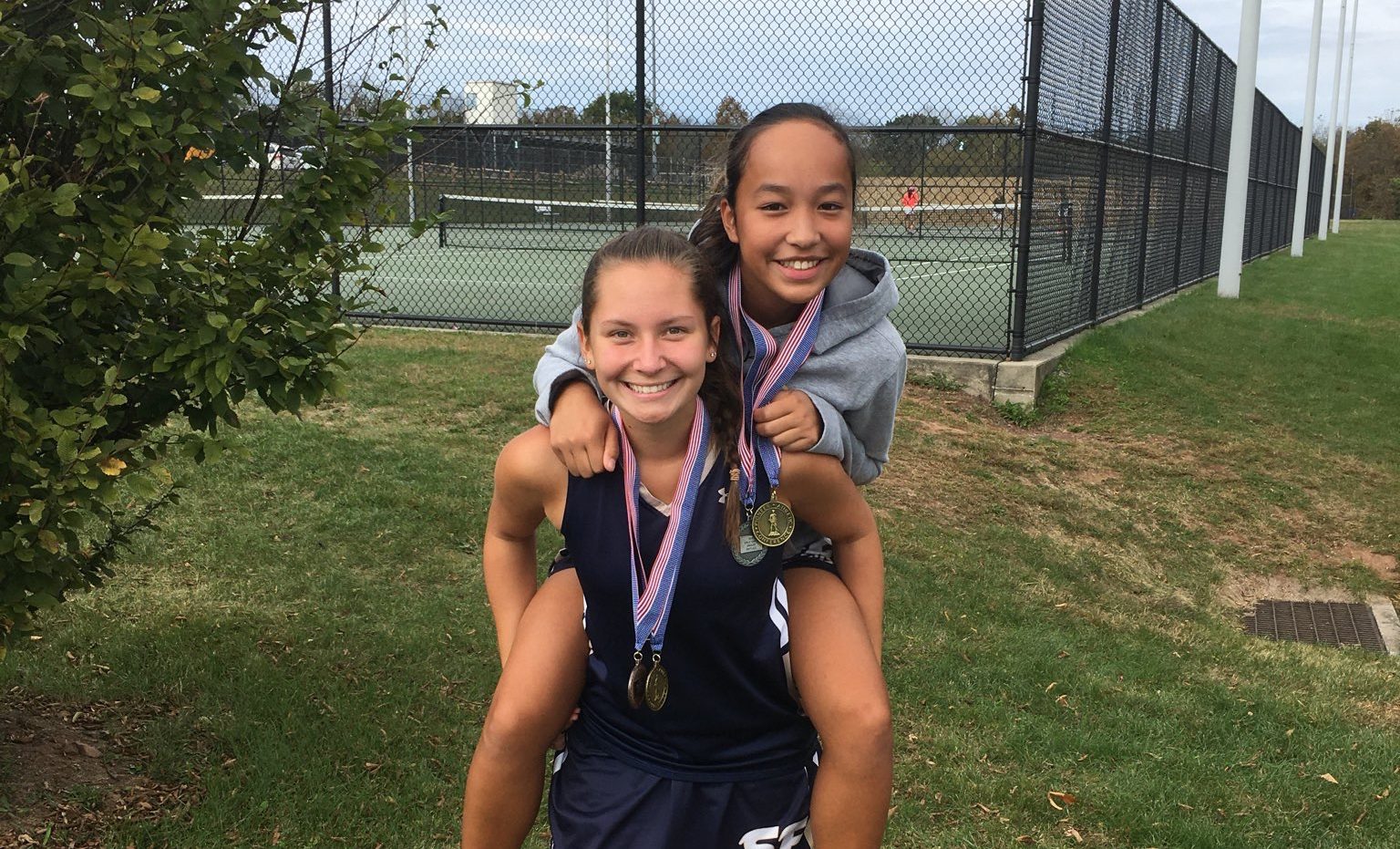 Graterford >> Isabela Mejia and Riley Burke put the icing on what has been a highly successful and unique girls tennis season at Spring-Ford Area High School on Saturday.

Mejia, a sophomore, and Burke, a senior, defeated Perkiomen Valley’s duo of Nadja Townsend and Kay Mahon 6-3, 6-2 in the finals of the two-day tournament.

Spring-Ford pulled a sweep in 2019. The Rams captured the PAC team title. Then freshman Cady Krause, Mejia and Burke finished a historic and notable 1-2-3 in the PAC Singles Championship. Now, Mejia and Burke claim top honors in the doubles competition.

Reagan said that pretty much sums all the success the Rams have enjoyed this fall.

“You can see how much work the kids put in during the offseason,” said Reagan. “They have done a lot of work to improve their game. They beat a really good Perk Valley team. Nadja and Kay are just fantastic players.”

Mejia and Burke were never paired in doubles on the court previously, so it was a first time in match play that really meant something. Now, both girls have gold medals to wear around their necks because of it.

“I think we’re really good partners,” said Mejia.  “We balance each other out and do communicating.”

In the second set, Spring-Ford took quick 3-0 lead, but PV took the next two games to cut the cap to 3-2. The Rams won out from that point on.

“We stayed focused,” said Burke. “They are a tough team to beat.”

The Ram duo feels they complement each other well. Burke prefers when Mejia serves. Mejia, in turn, likes the way Burke places shots when she is stationed at the net position.

“They’re good,” said Townsend of the Rams. “They were more consistent. Kay has her backhand. That complements what I do with my forehand and Kay can put away balls.”

Townsend and Mahon were the No. 1 and No 2 players on coach Jennifer Dixon’s ladder at Perkiomen Valley this year. That made the Vikings a logical choice to be one of the school’s doubles representatives for the tourney.

“We have good communication,” said Mahon.

The top five finishers are medalists and automatically qualify for the District One Tournament that starts Friday at Legacy with two rounds of play. The tourney then shifts to Healthplex for the last two rounds Saturday.

Notes >> Both Methacton teams wound up playing off for third place and went to three sets. The Warriors had Karen Li/Amanda Wang as their number one team and Hannah Kim/Katie Chan as their number two team. … In the fifth-place match, Pope John Paul II’s Veronica Marinari/Maggie Christianson were victorious by scores of 6-3, 7-5. The Golden Panthers beat Owen J. Roberts’ number one team of Cara Sumach/Lien Nguyen. … Also competing in the fifth-place playoff were the PV-2 team of Emily Shoemaker/Olivia Newman and the Boyertown-1 team of Abby Green/Kara Bussinger. … Medals were presented for both the singles and doubles tourney. PJP’s Marinari took fourth in singles and PV’s Townsend was fifth, so they went to districts along with the three Spring-Ford players.