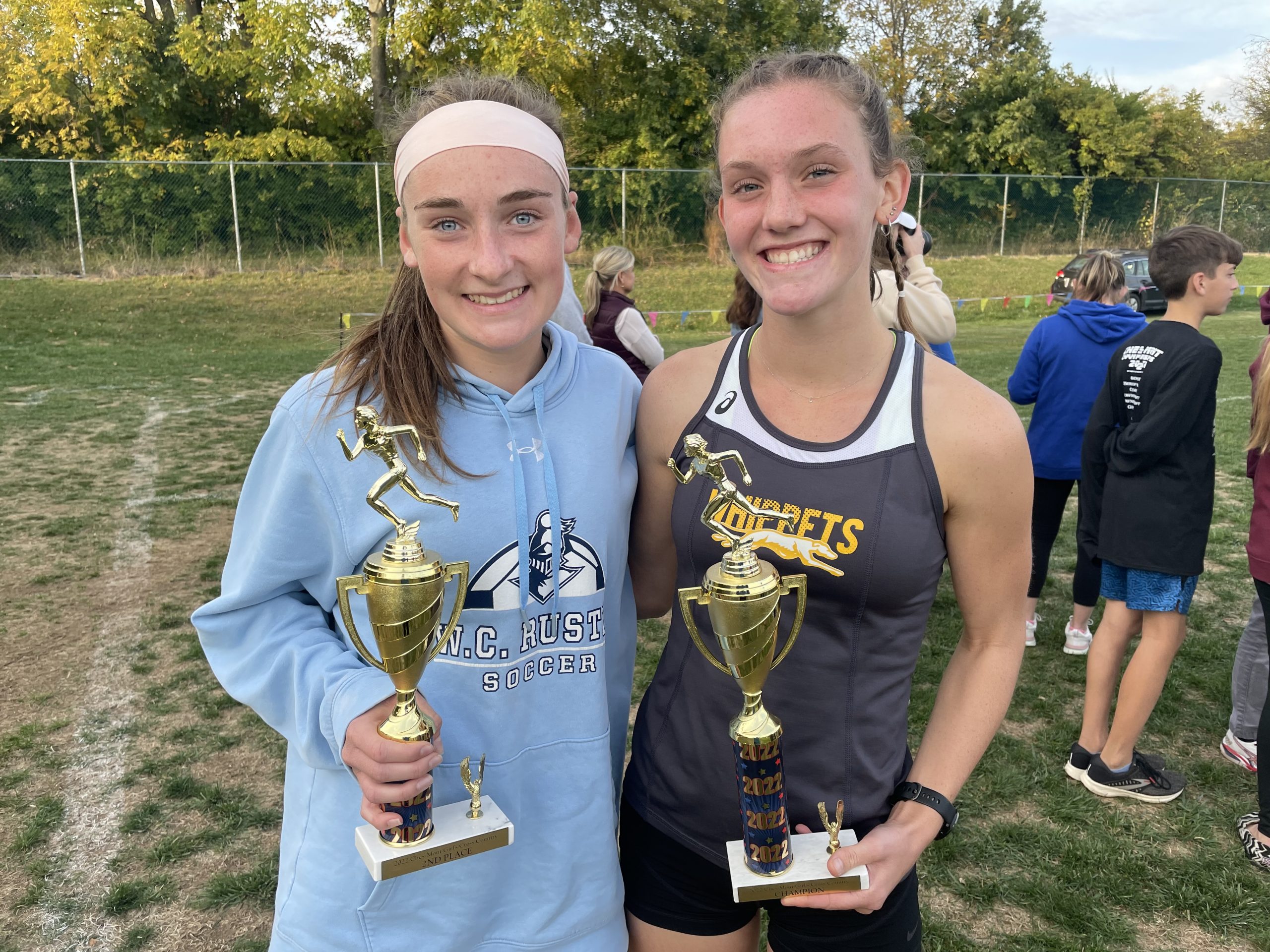 Downingtown >> While Wednesday’s varsity girls race at the Ches-Mont Cross Country Championships was a carbon copy of last year’s run – the 1-2-3 finishers were exactly the same, and in the same order, as in 2021 – the varsity boys race included a new face among the top performers on the Downingtown West course.
West Chester Henderson senior Simeon Shappell Smith finished in second place, competing in only the third 5K run of his high school cross country career. Smith played soccer in the fall during his freshman, sophomore and junior years for the Warriors, and only started cross country this year.
“I tried track for the first time last spring, and ended up doing pretty well,” said Smith, who placed fourth in the 1,600 meter race at the Ches-Mont Track Championships.
A couple of weeks ago, Smith won the Whippet Invitational at Downingtown West.
“I like this Downingtown West course, I think it’s the flattest I’ve ever ran,” said Smith. “I think the key for me today was to stick with it mentally; I knew it was going to be tough. I told myself that I was going to stick behind the lead runners no matter how I feel.”
Smith was in third place with about a mile to go, then moved into second coming down the stretch, clocking 16:06.4.
Henderson head coach Kevin Kelly said, “Simeon is really working hard since the beginning of the summer, he’s really getting fit – and he had a great track season last spring. This was a PR for him, and he’s going to keep getting better I think.”
Unionville senior Aryan Abbaraju decisively finished first at 15:51, after placing second here last year.
“I think my time today wasn’t as fast today as I wanted it to be, but that’s more of an afterthought in cross country races, since it’s more about placement,” said Abbaraju. “It was a fun race today, but it got a lot harder I’d say after 3200. I like this course, it’s very flat and the grass is cut very nicely.”
Avon Grove junior Connor Britton finished third in the boys varsity race (16:15.2), followed by Downingtown East’s Nick Steinfeldt (fourth, 16.15.5) and Unionvile’s Lucca DiMario (fifth, 16:17.3). The top five runners in the varsity races received trophies, and the top 30 received medals.
Rounding out the top 10 varsity boys runners were Great Valley’s Ryan Pepperman (sixth, 16:22.0), Coatesville’s Joshua Miller (seventh, 16:23.6), Downingtown West’s Richard Planck (eighth, 16:25), West Chester East’s Gavin Hefferan (ninth, 16:26.2) and Downingtown West’s David Whitford (16:31.3).
The girls race had the exact same top-three finishers as last year, in the same order – Downingtown West senior Carolyn Tarpley checked in first, followed by West Chester Rustin senior Ellie Keefer and Downingtown East junior Madison Brown.
Tarpley won last year’s Ches-Mont Championships with a clocking of 18:22, and her winning time Wednesday was 18:00.2.
“I was happy with my race today; I felt strong,” said Tarpley. “I think my training the last couple of months has given me a lot of confidence, and my last couple of races have gone well, so I was confident today…. We work out here a lot so I feel super-comfortable with this course.”
A few weeks ago, Tarpley posted a time of 17:59.30 at the Carlisle Invitational, placing third.
“I think Carlisle has been my best race of the season so far, but I was happy with what I did today and am excited to see what I can do for the rest of the season,” said Tarpley.
Keefer, who also plays soccer for the Golden Knights, finished second with a time of 18:14. Last year, her second-place time at the Ches-Mont Championships was 18:44.
“I’m pretty happy with my finish [today], coming out of soccer season,” said Keefer. “I was trying to hang with the front pack and see where I could place.”
Downingtown East junior Madison Brown placed third with a clocking of 18:45.8. Last year, her third-place time was 19:08. In fourth place Wednesday was West Chester Rustin’s Maddie Miller (19:10.2), and Oxford’s Jessie Cox finished fifth (19:11).
Completing the top 10 girls varsity runners was Downingtown West’s Taylor Rochon (sixth, 19:19.8), Kennett’s Ella Burnham (seventh, 19:27.9), Unionville’s Becca Harkness (eighth, 19:33.4), Avon Grove’s Lily Schindler (ninth, 19:41.2) and Downingtown West’s Bridget Kiey (10th, 19:42.5).