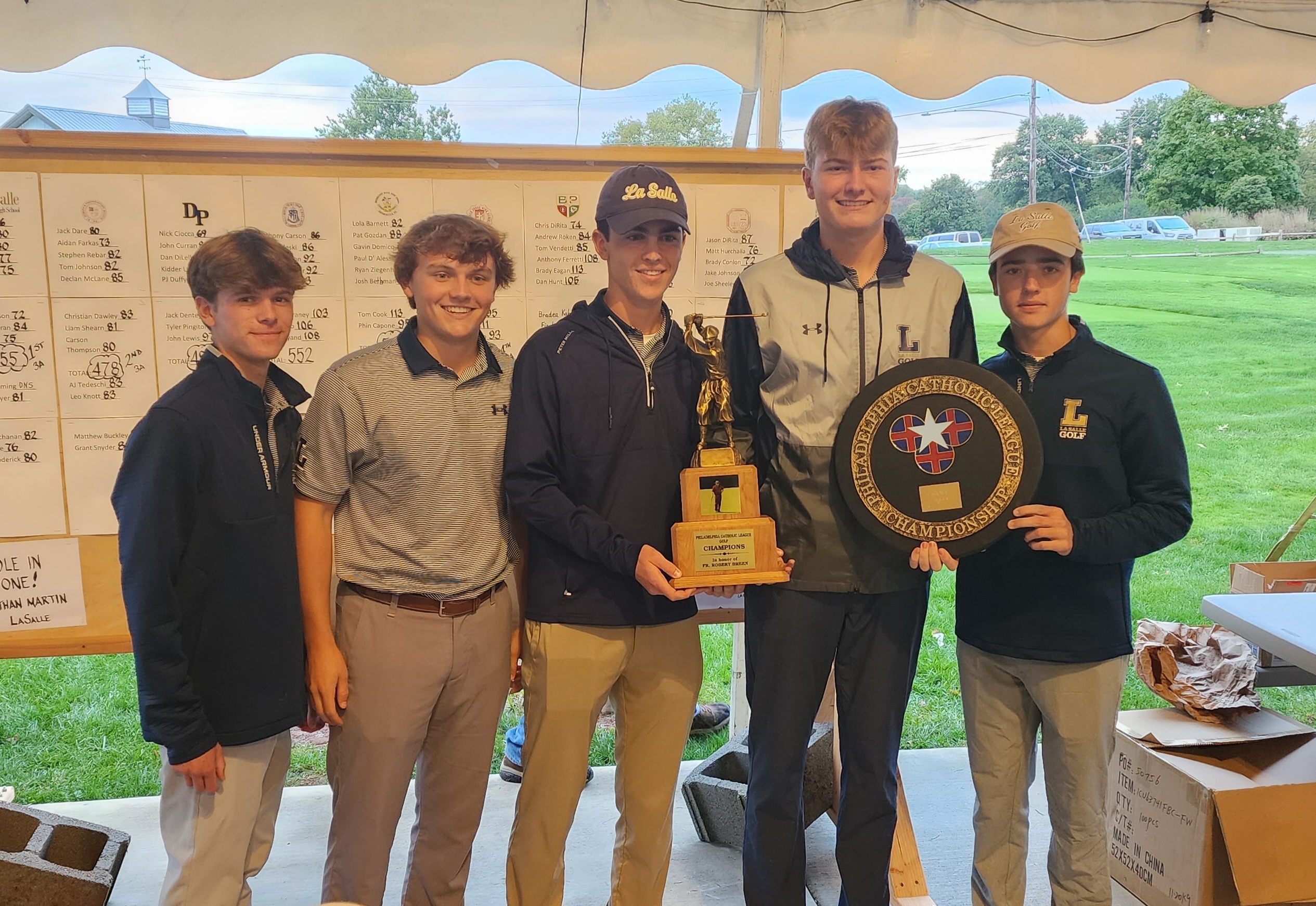 “It’s good, hard work by the team,” La Salle junior Ethan Martin said. “We spent all year preparing for this moment, now looking at the next step. Districts next week. Hopefully get through that and get to states this year, give it a run.”

John Stevenson led the Explorers with a 2-over 72. Scott Hughes and Joe Halferty both shot 75, Tyler Leyden 76, Martin 77, Kevin Lafond and Will Huntley 80 and Nolan Corcoran 84.

Martin had the shot of the day. He made a hole-in-one, the first of his career, on the fourth hole.

“Hole four, 141 yards,” he said. “I pulled a p-wedge a little bit into the wind. Hit a slight draw, landed about 10 feet past and spun back, hit the middle of the stick and just went in. It was great. It didn’t really hit me at first, to be honest. I didn’t celebrate as much as I thought I would have, but it was a great moment.”

On the girls side, St. Hubert won the regular season and the PCL Championship titles.

Archbishop Wood senior Lola Barnett won her third PCL individual championship with a 12-over 82. Barnett also won the title as a freshman in 2019 and a junior in 2021. There was no championship when she was a sophomore due to COVID-19 in 2020. “My driver was really good today,” Barnett, who shot a 1-over 71 last year, said. “My putting was not working for me today. The greens were very tricky. We played a practice round here last week and they were really fast and today they were a little slower than I was expecting, so that definitely played a part in it.”

Barnett, a Hatboro native, finished first among girls and third overall in the PCL in regular season points.

Cardinal O’Hara’s Ava Hneleski finished second at the championship with an 86 and St. Hubert’s Gianna Cerne third with a 120.

Devon Prep junior Nick Ciocca won the boys individual tournament for the second straight season. After shooting an even 70 as a sophomore in 2021, Ciocca shot a 1-under 69 Wednesday. He finished with four birdies. “I struck the ball really well,” Ciocca, a Notre Dame commit, said. “I just took it each shot at a time, did a pretty good job of staying in the present, never really got ahead of myself. I drove it well, also. That was helpful. I hit a lot of greens, too.

“Throughout the season you’re playing nine holes after a school day, you’re not always there, but for PCLs and going into playoffs I think I do a pretty good job of showing up and bringing the focus for 18 holes.”

Ciocca’s day didn’t get off to the best start. His opening shot on the first hole went wide to the right, but the Berwyn native recovered and still birdied the hole from off the green.

“I feel like I’ve been in that position before and you’re like, ‘All right, here we go,'” he said. “I knew it was the first hole and I had a ton of opportunities ahead of me. I decided to keep on playing golf. First-tee jitters, but I’ve got 17 holes left. It was pretty funny, I ended up finding the ball, chipping up in front of the green and then chipped in for birdie.”

Ciocca also led the PCL in points during the regular season.