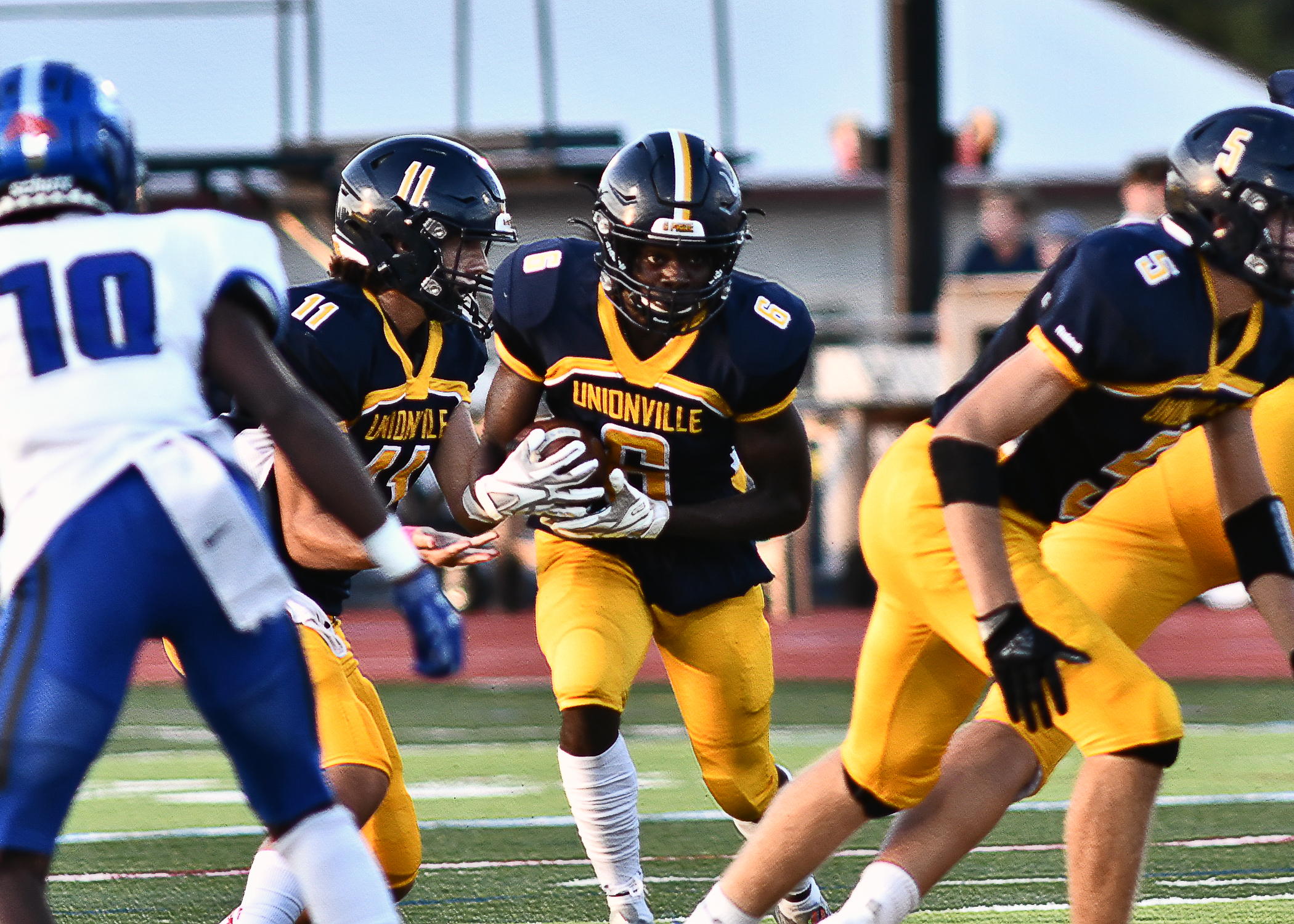 ASTON — It is almost as if Unionville coach Pat Clark has been doing this coaching thing for a little while.

Following his team’s modus operandi and feeling good about his running game, Clark unleashed Joe King on Sun Valley in the first half Friday and set the tone for a dominant effort.

The senior tallied 112 yards and three touchdowns on 13 carries in just 24 minutes of work to pace the Longhorns to a 35-14 victory.

“That’s been our identity,” Clark said. “We’re placing some skill kids on the perimeter, we have a new quarterback, and we’ve got four or five lineman that have experience. Joe was part of a backfield combination last year and he had a hell of a night tonight.”

King finished with 174 yards on 22 carries and was quick to credit his offensive line, which was absolutely dominant in helping pave the way for Unionville’s victory.

“They’re amazing, they did really good,” King said. “Quintan Boyle told me to wait for him to pull and it was like a first down or a touchdown every time. There was open space everywhere and I loved it. It feels great after losing by one touchdown (last week). That was rough, but we came to do business here.”

Defensively, Unionville (1-1, 1-0 Ches-Mont) was staunch for the majority of the contest as Nate D’Angelo (1.5 sacks) was among the players disrupting the Sun Valley offense.

For the Vanguards (1-1, 0-1), there were some good moments, but not enough. At times, the offense was able to move the ball effectively with Steve Eskridge at the helm. Noah Griffin’s electrifying 41-yard touchdown run in the first quarter was a clear highlight, while Jack Penzone also added a 52-yard scoring dash in the fourth.

“We have to do a better job of communicating up front,” said Vanguards coach Ernie Ellis. “I feel like (on defense) we weren’t filling the hold quick enough. We were sitting back and were a little tentative. We’re going to learn from the film and make those corrections.”